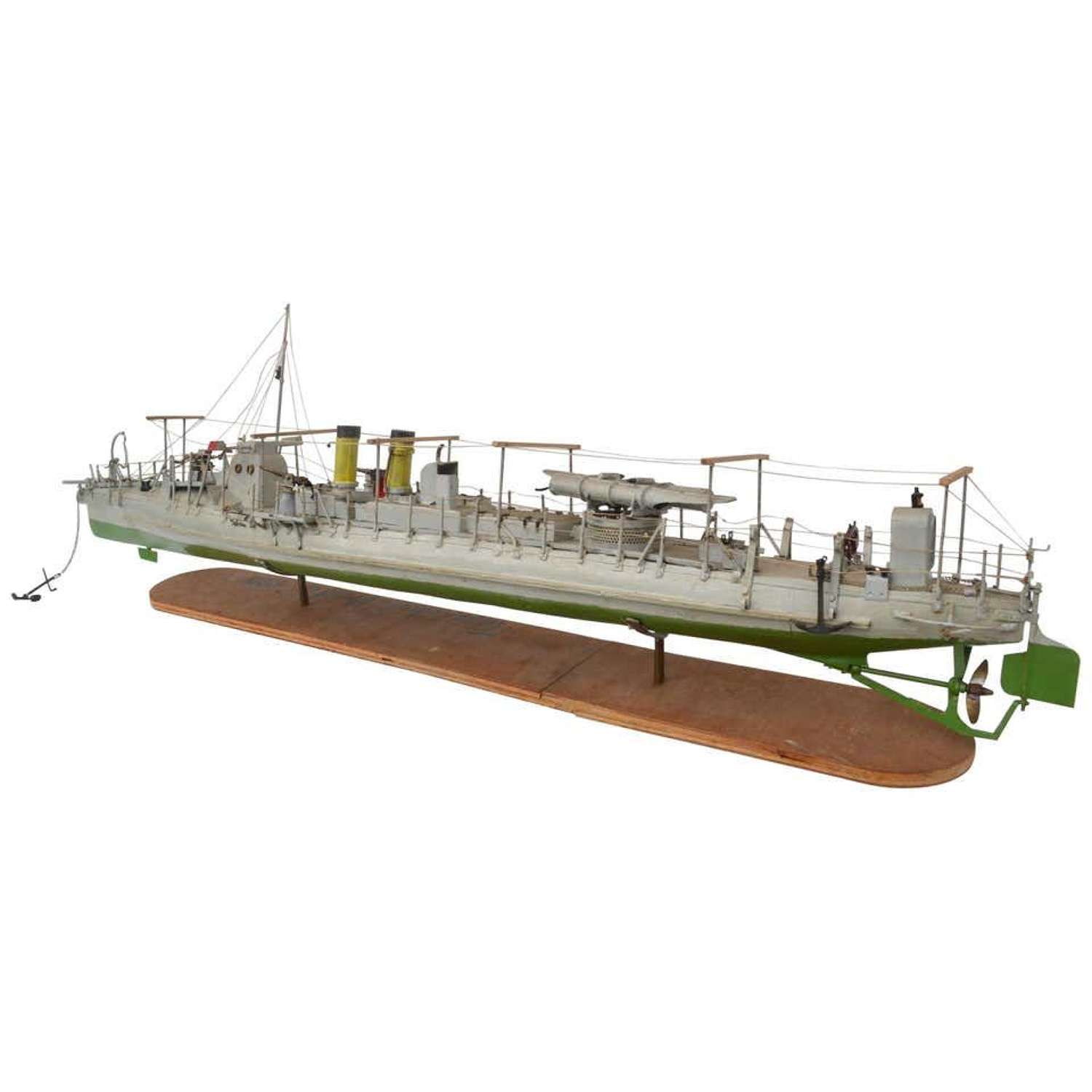 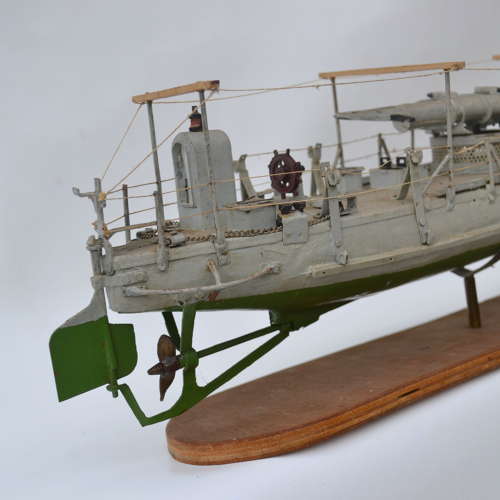 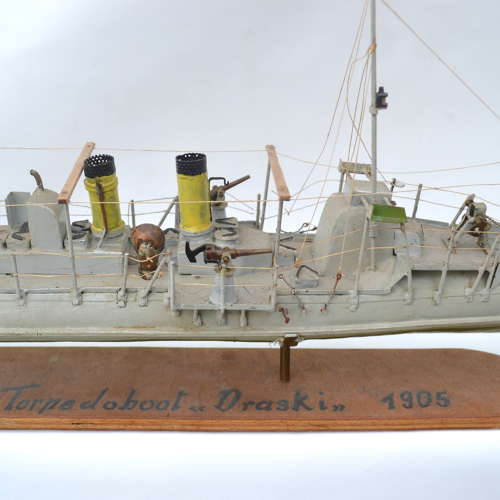 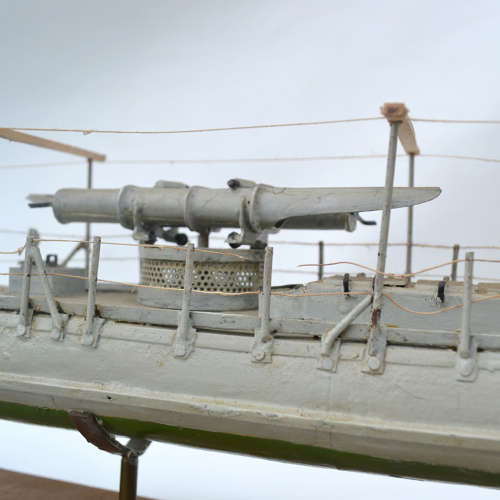 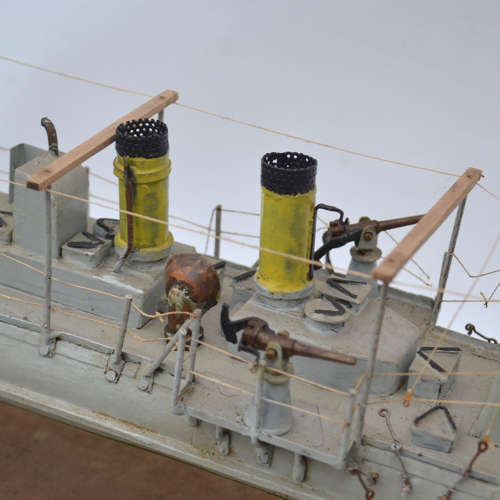 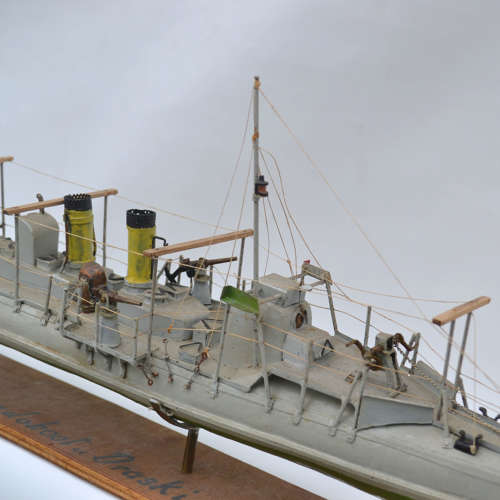 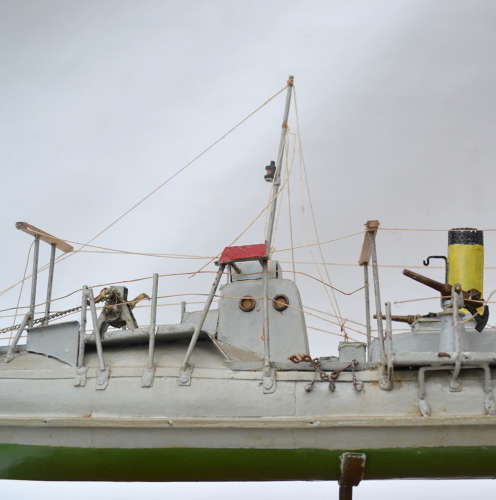 Detailed model of an early Torpedo ship 'Drazki' launched and commissioned in 1907 and was part of a class of six torpedo boats .that was built at Varna in Bulgaria. The model probably handcrafted between the early to mid-20th century from Eastern Europe has lots of accurate details and is highly collectable. The Drazki was part a private collection of torpedo boats and war ship models from East Europe. The Torpedo boat was a relatively small and fast naval ship designed to carry torpedoes into battle.