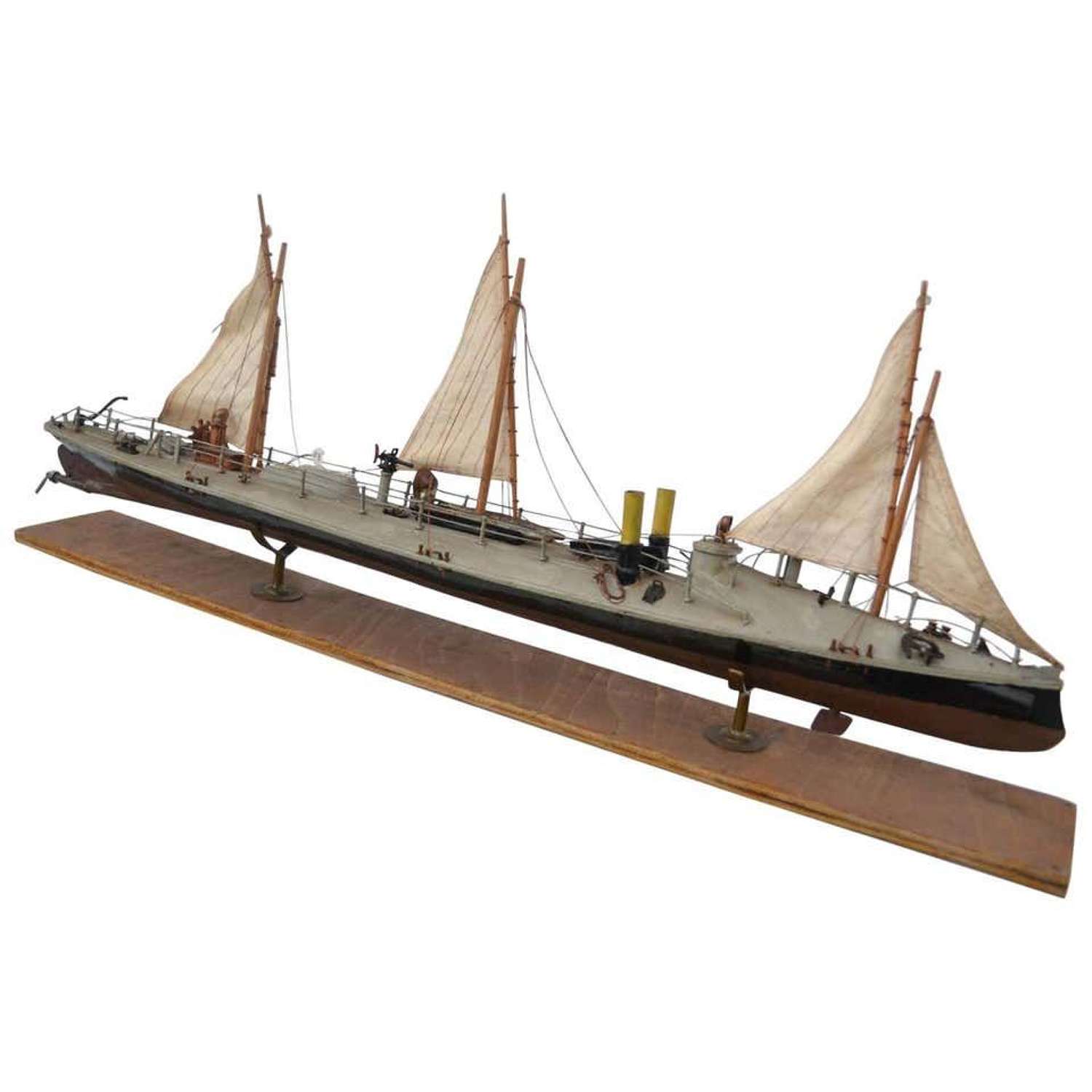 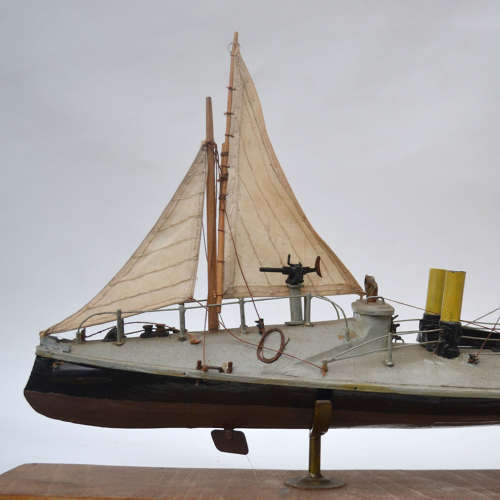 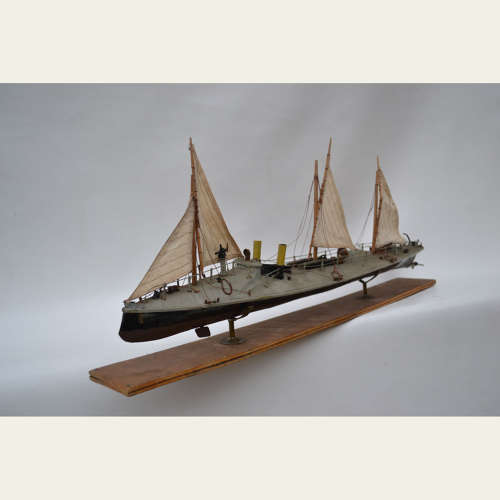 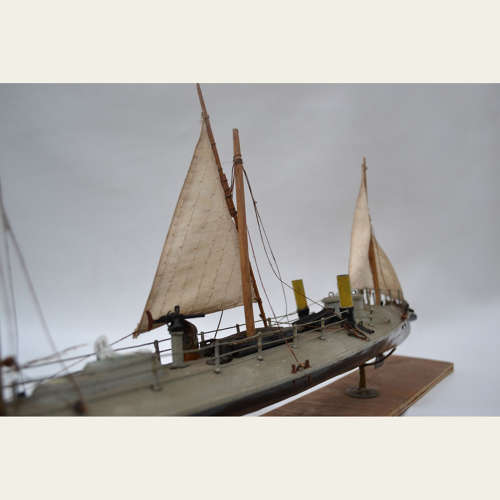 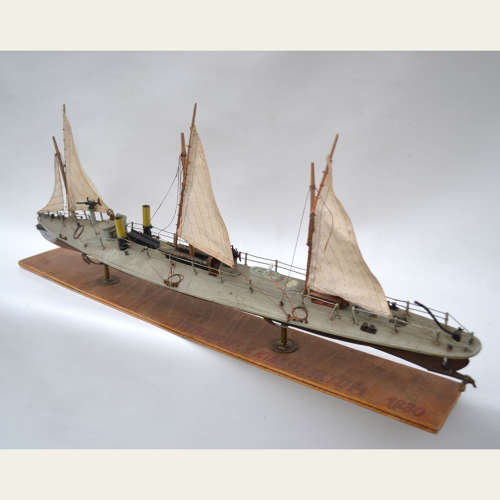 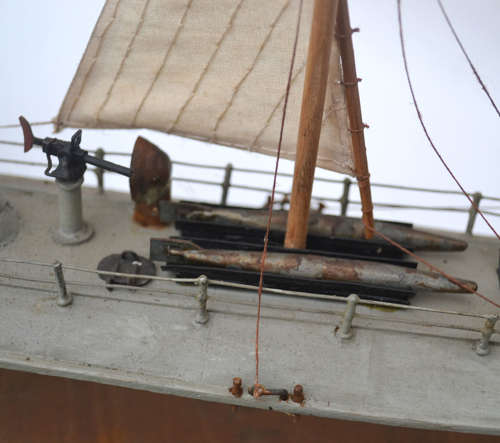 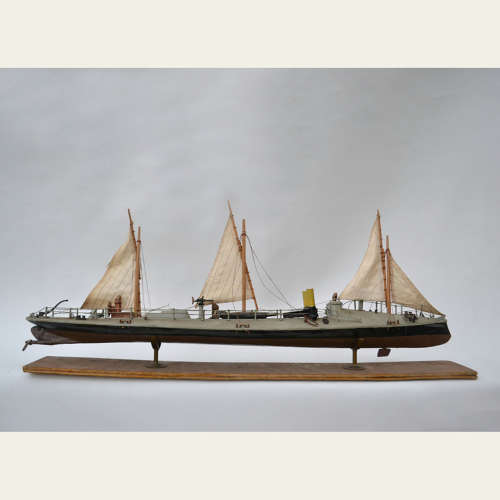 Handmade and detailed early 20th century model of three-master torpedo boat Klasse Batum, 1880. Ram-bowed with turtle deck forward, two funnels abreast, an after rudder showing above water and a drop rudder in the bow. The two bow TT were fixed under the turtle deck and two spare torpedoes were carried on deck. This model was made between early to mid-20th century from Eastern Europe. There are lots of authentic details which makes this model highly collectable and came from a private collector of torpedo boats and war ship models in East Europe. Torpedo boat is a relatively small and fast naval ship designed to carry torpedoes into battle.