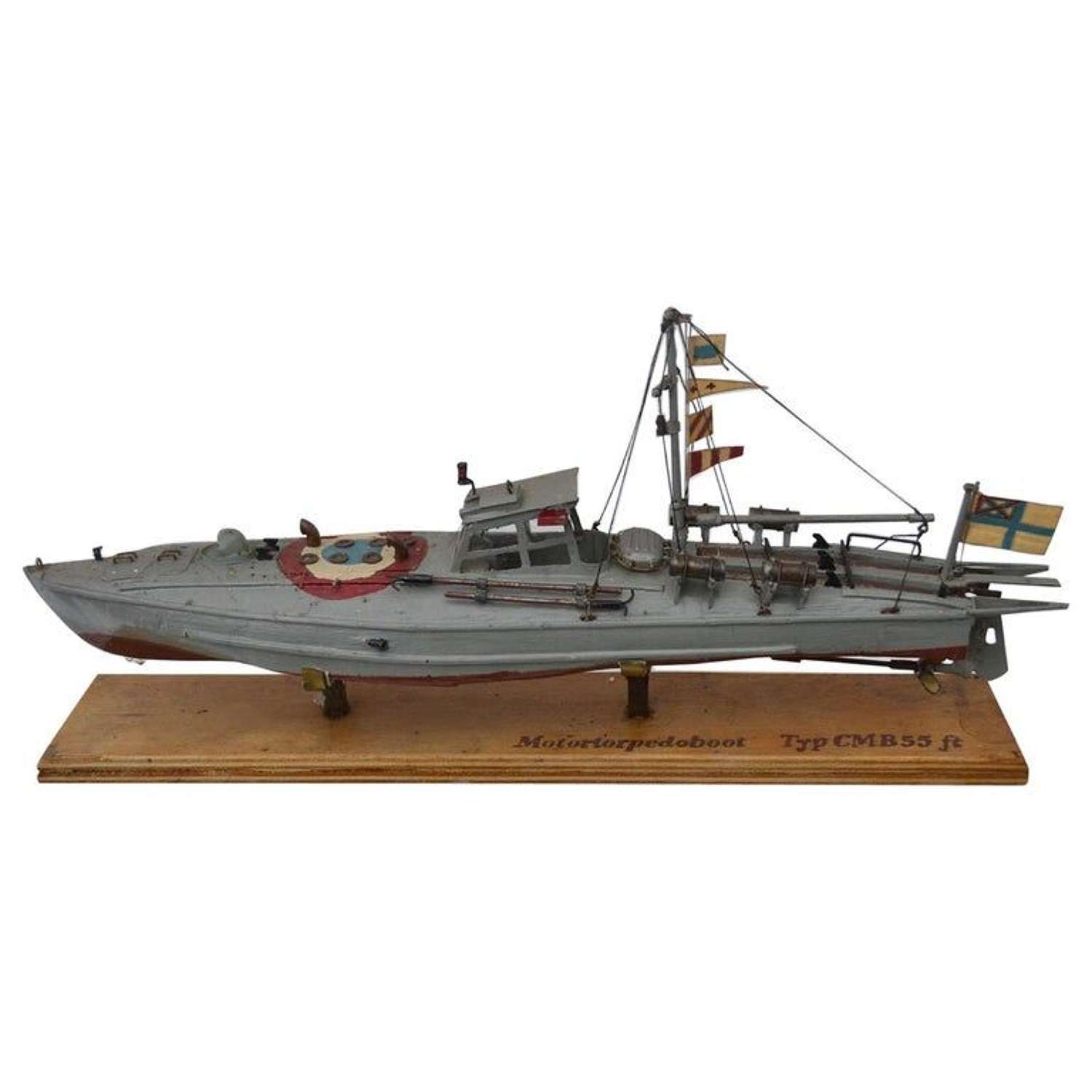 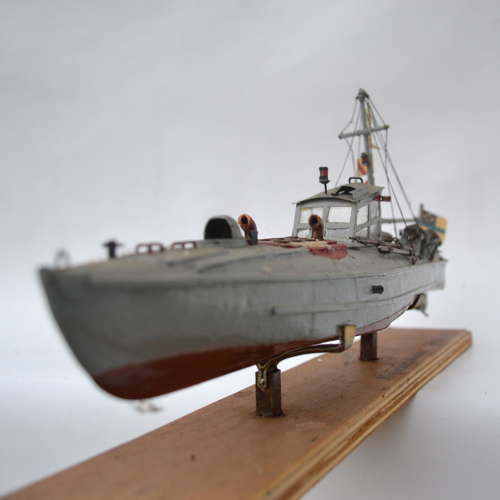 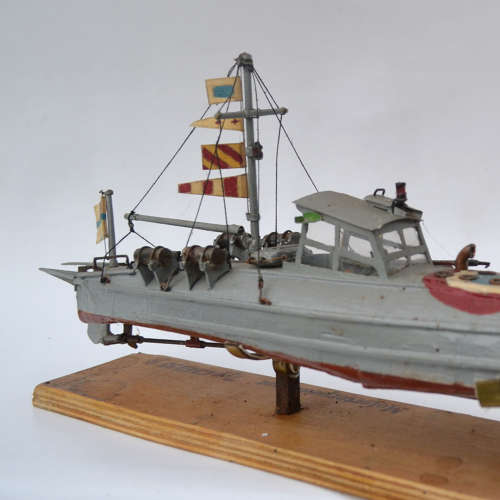 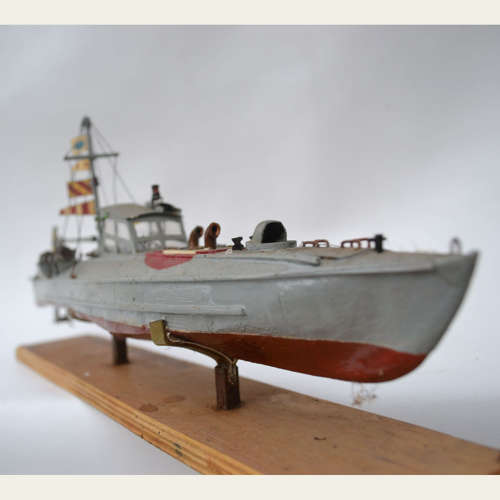 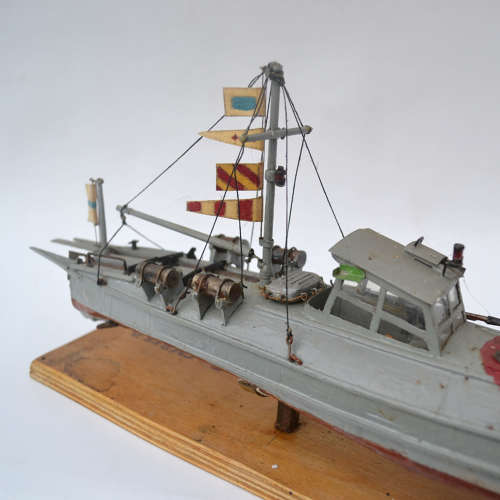 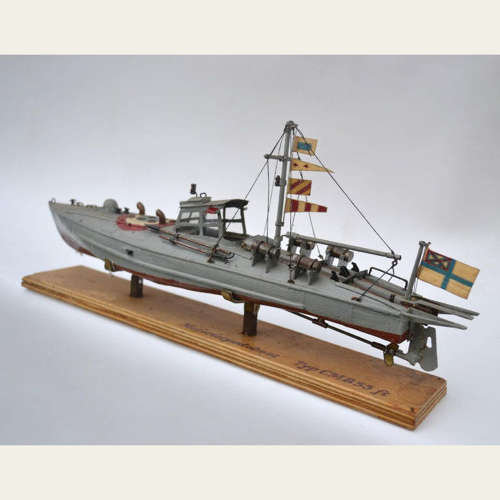 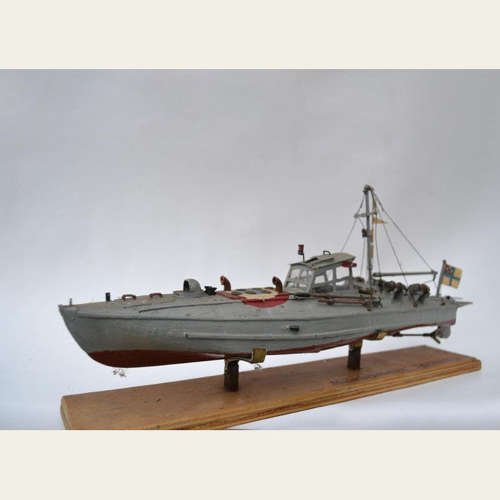 Detailed model of an early motor torpedo boat. A superb model of a 55-foot ‘coastal motor boat’ (CMB) (1917), throughout the First World War. The early torpedo boats had relied on their small size, and relatively high speed, to get within range of the enemy. In 1917 the 55-foot CMB was developed to give greater range and the model shows an early version of this type on its launching trolley. They had a crew of between three and five and some were capable of a breathtaking 40 knots. This model is handcrafted early-mid 20th century from Eastern Europe with lots of detail, highly collectable, from a private collection of torpedo boats and war ship models in East Germany. Torpedo boat is a relatively small and fast naval ship designed to carry torpedoes into battle. (Scale: not calculated.)