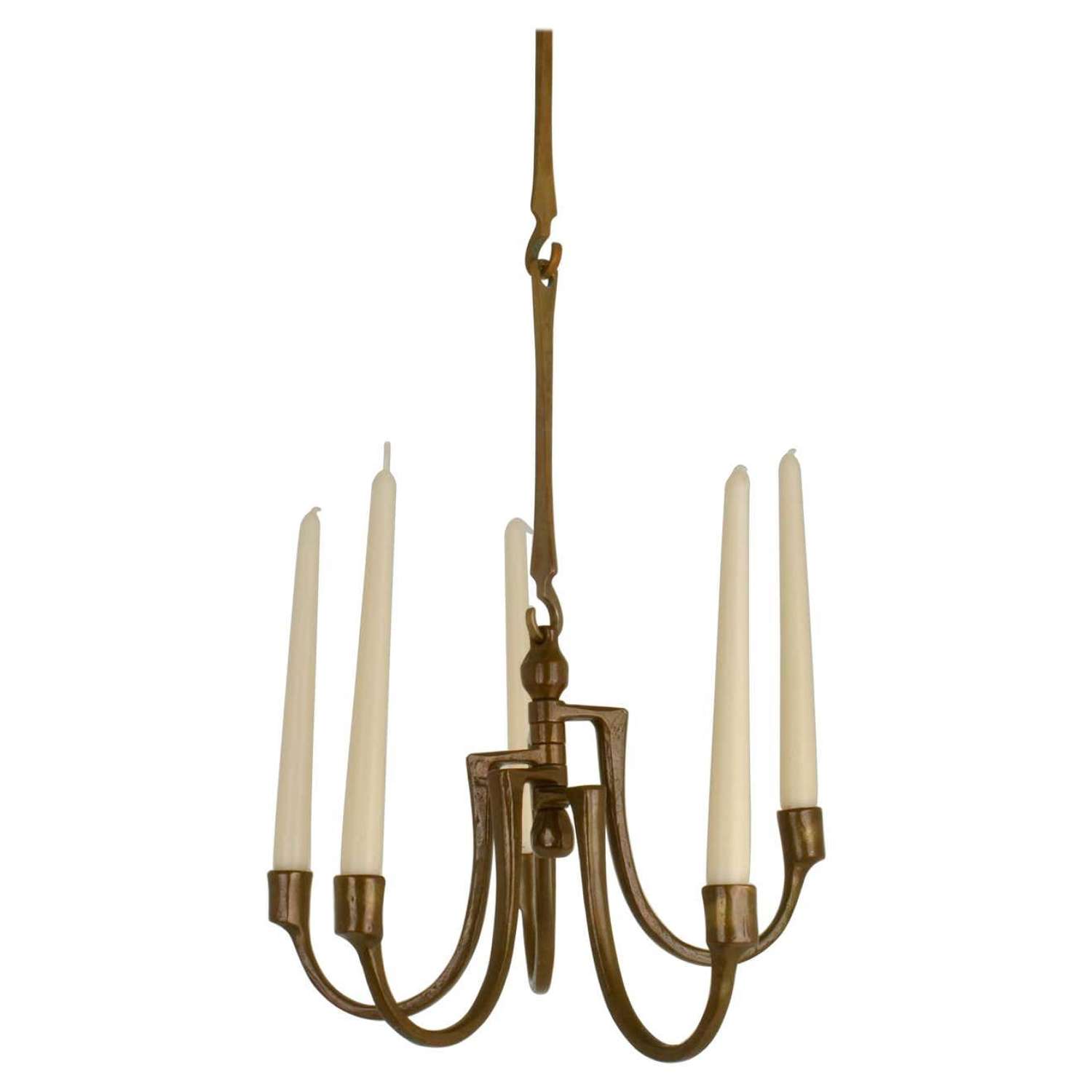 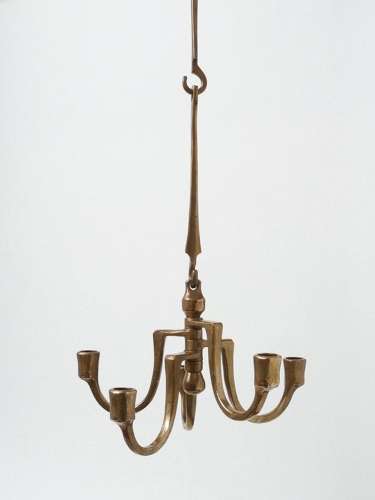 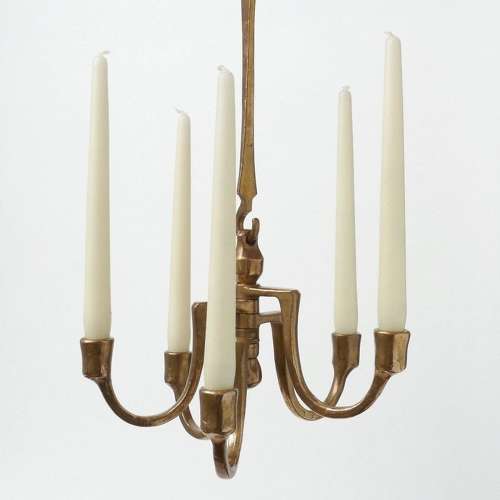 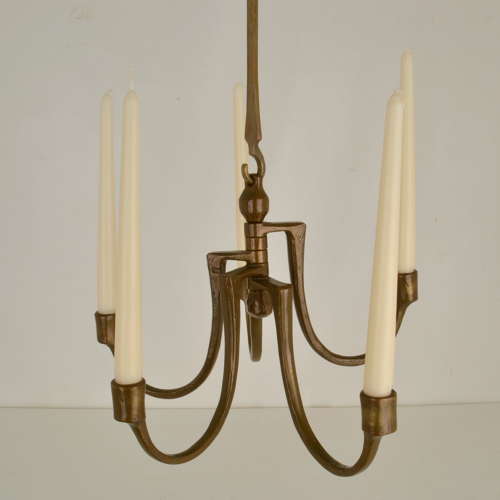 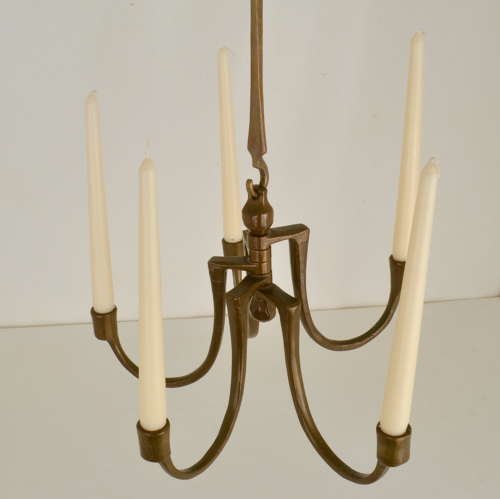 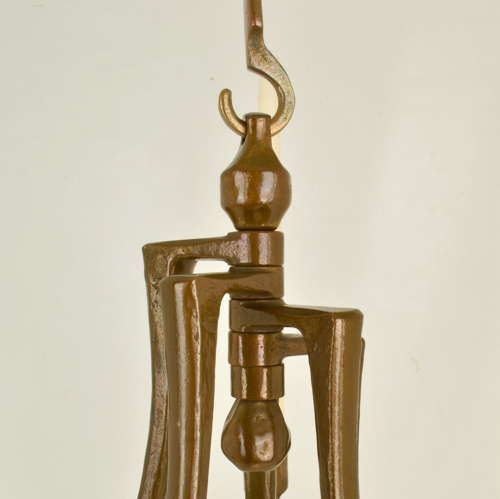 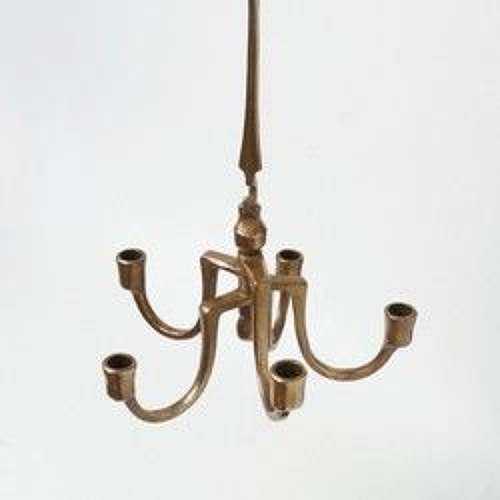 Bronze cast candelabra composed of five cast arms candle holder for regular candles. It is designed by Michael Harjes (1926-2006) and produced by Harjes Metalkunst workshop, a business Michael took over in the 1950's from his father an armorer and metal sculptor Friedrich Fidi Harjes (1888 - 1952). The candelabra is a 20th century modern update of bronze chandeliers of he 18th century. Six interlinking hooks, each 24 cm, create a total height of 177 cm which can be reduced by removing individual hooks.