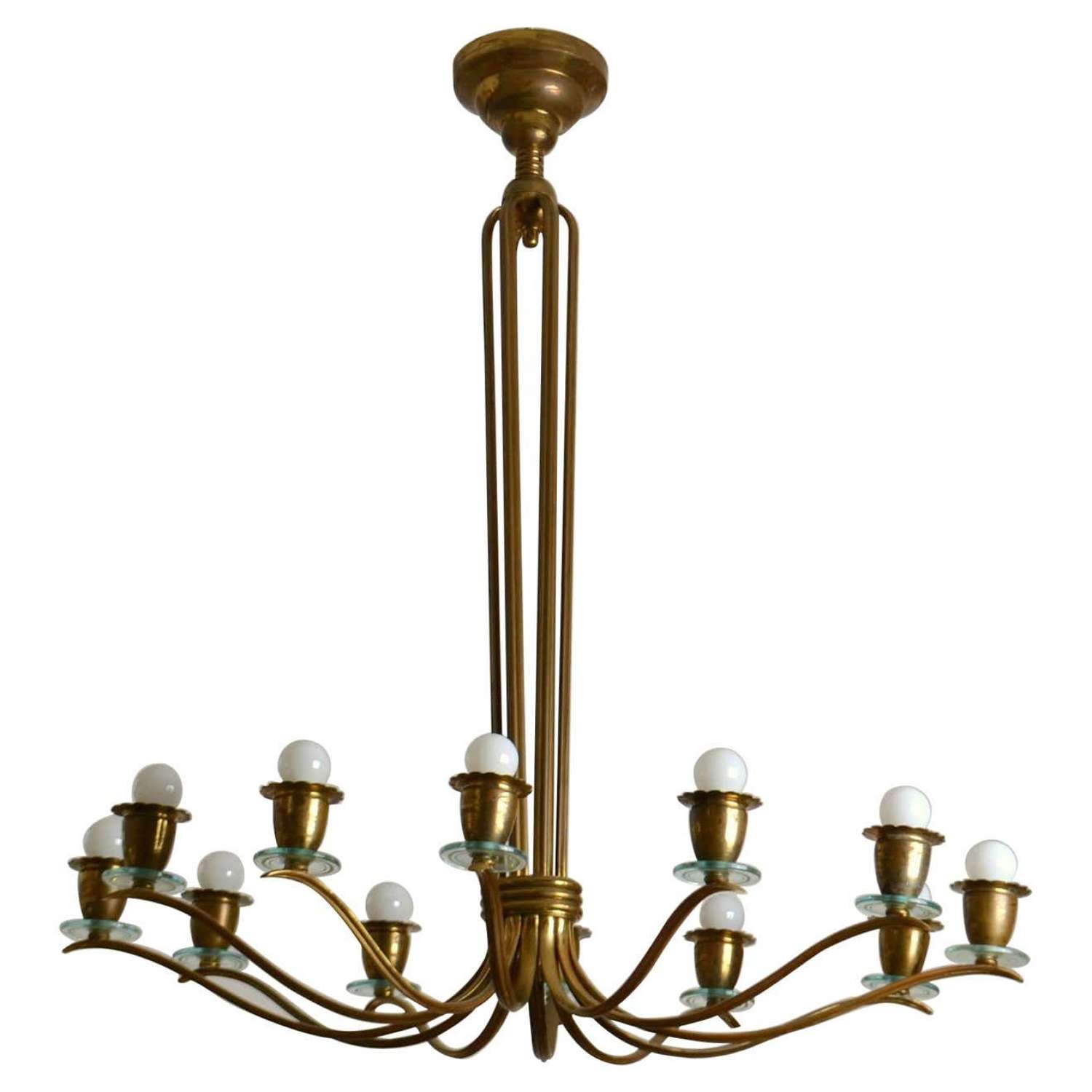 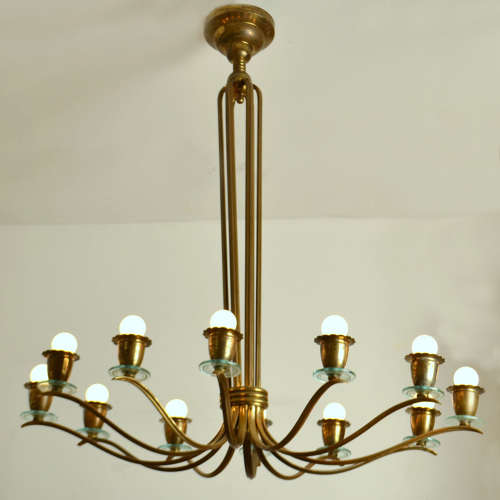 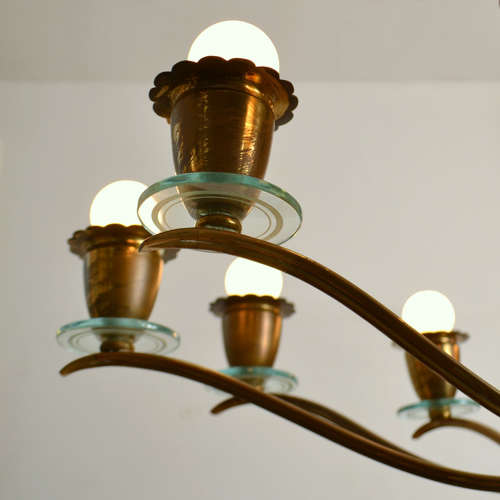 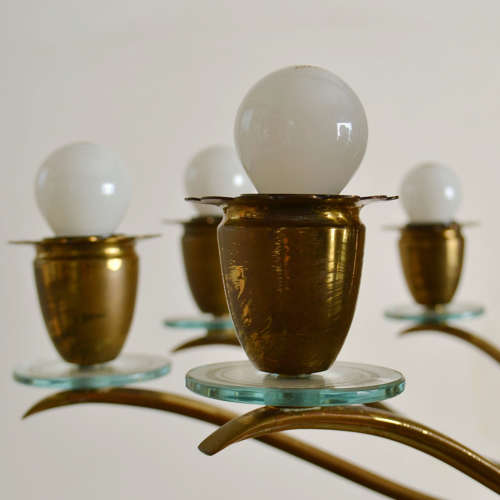 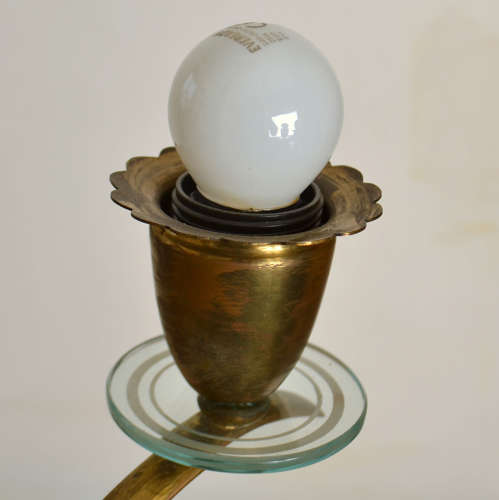 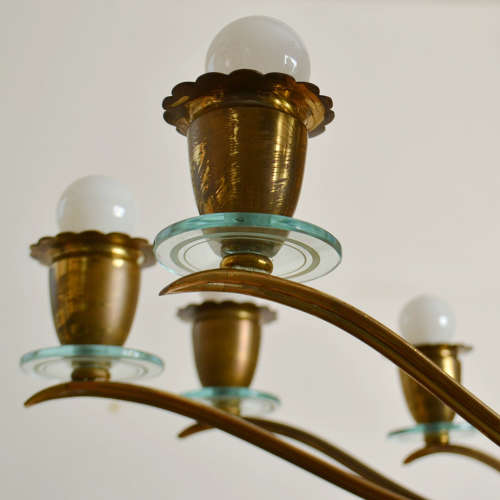 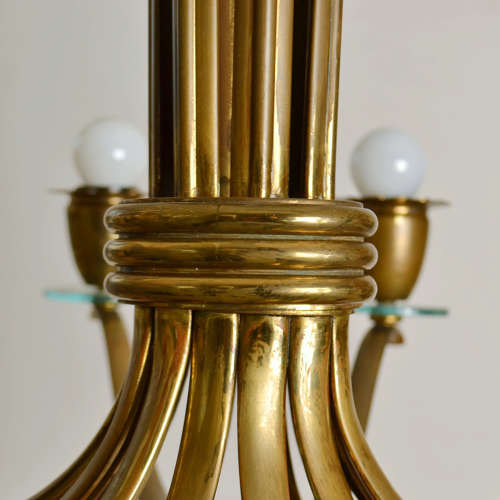 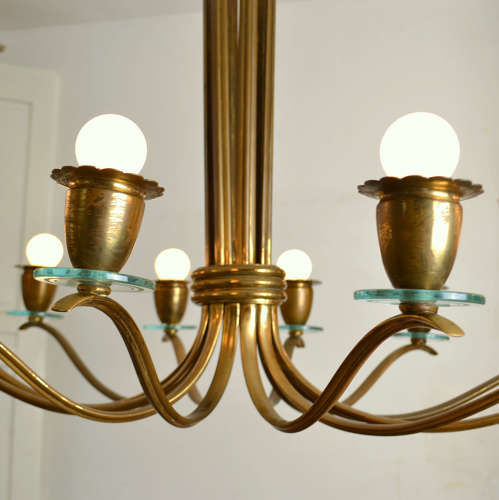 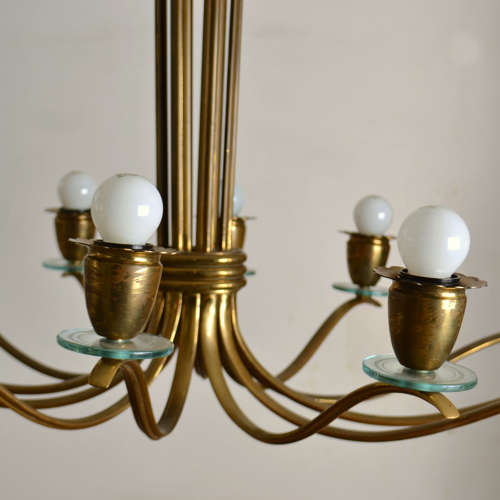 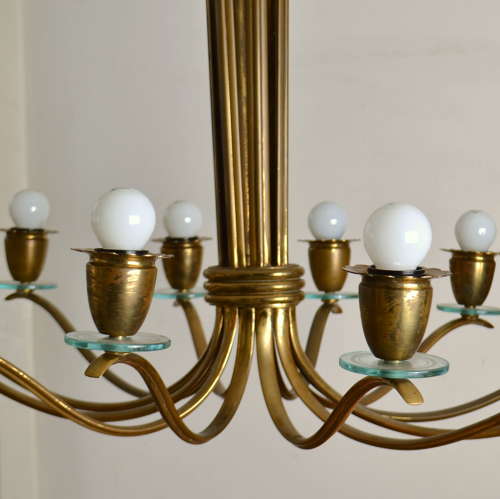 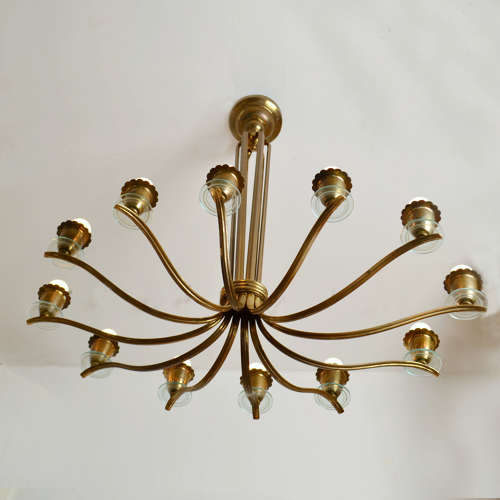 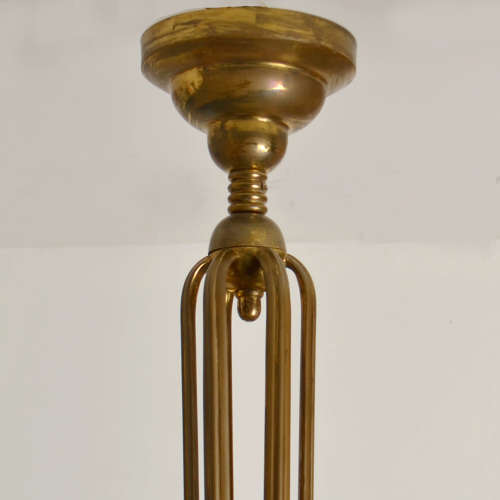 Oval brass chandelier designed by Pietro Chiesa for the Italian manufacturer Fontana Arte in the 1940's is made in a brass structure with 12 arms and lights. At each end we find the bulb holder in the shape of a flower cup. The lights are fixed with crystal glass etched disks of 7.5 cm diameter. Pietro Chiesa (1892-1948) a descendant family of artists from Ticino, Switzerland. Best known for his works in glass, he opened his own glass making shop in 1921 after working as an apprentice at the Giannotti glass works. Chiesa presented his work for the first time at the International Exhibition of Modern Decorative and Industrial Arts in Paris in 1925. In 1933, Chiesa's studio merged with Fontana Arte. Chiesa became artistic director of the company and designed numerous objects for Fontana Arte. His work combines extreme modernity of an outstanding technical artisan.