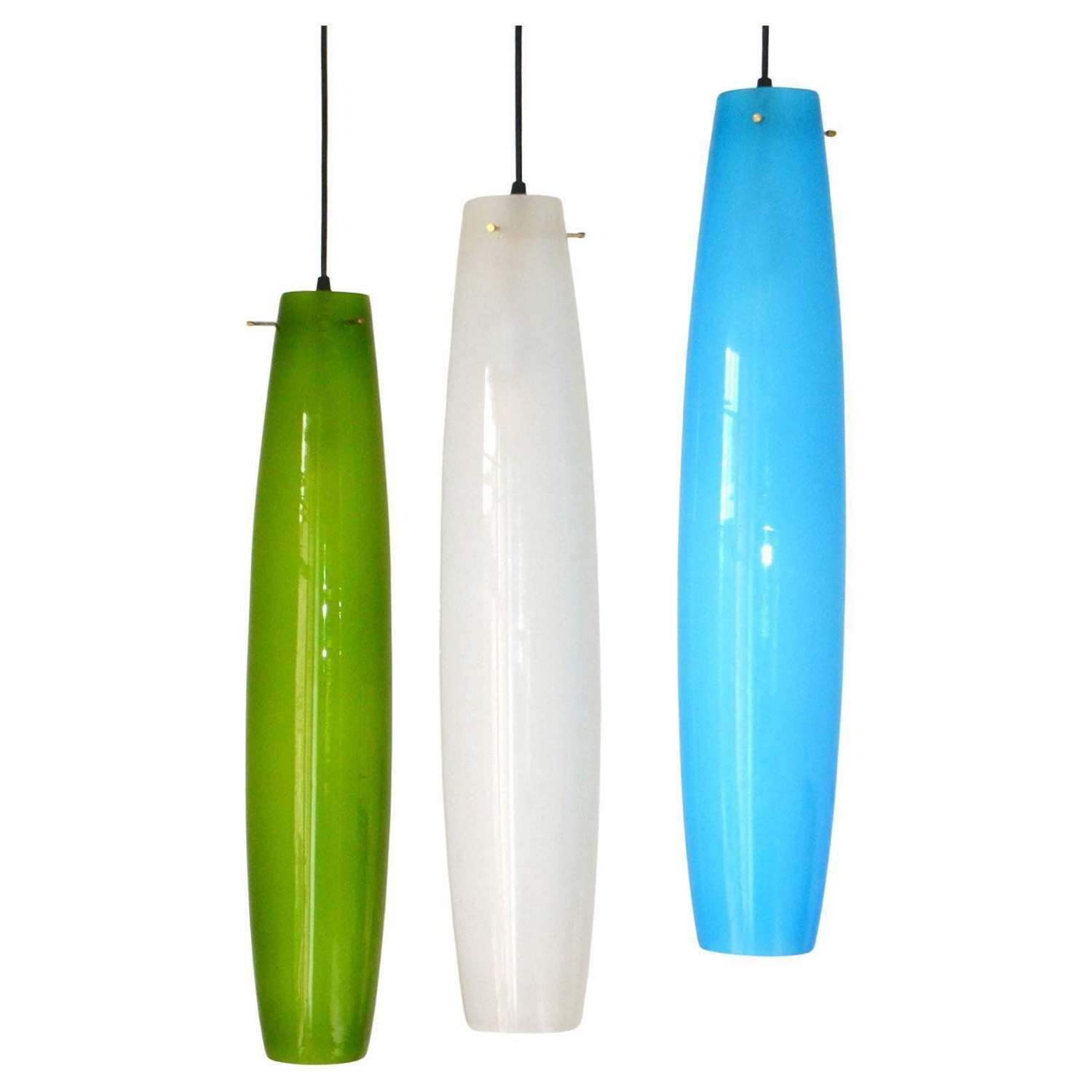 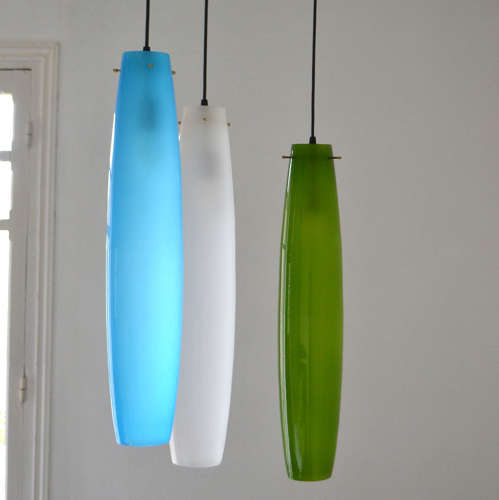 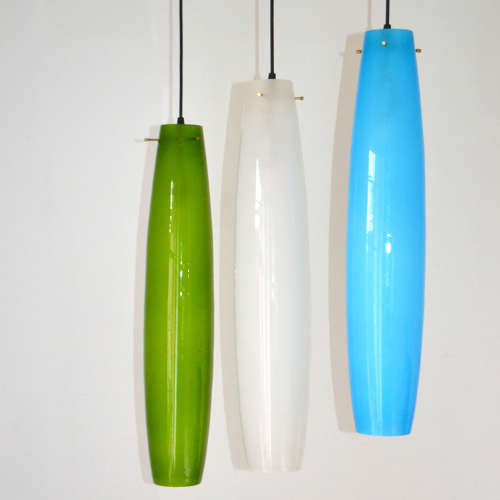 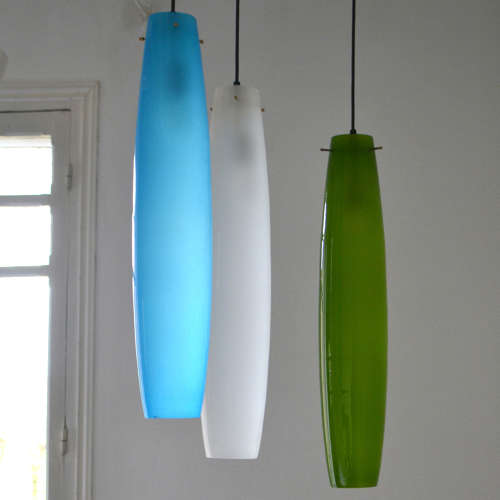 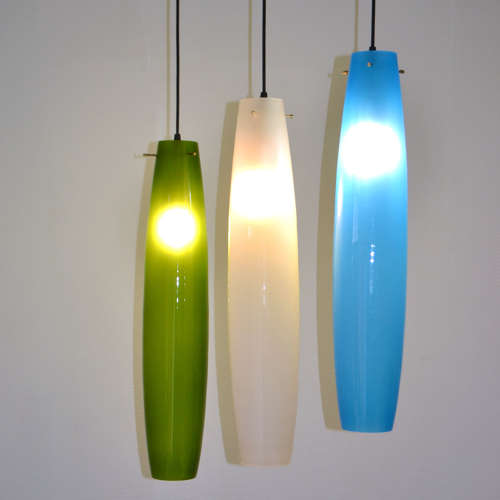 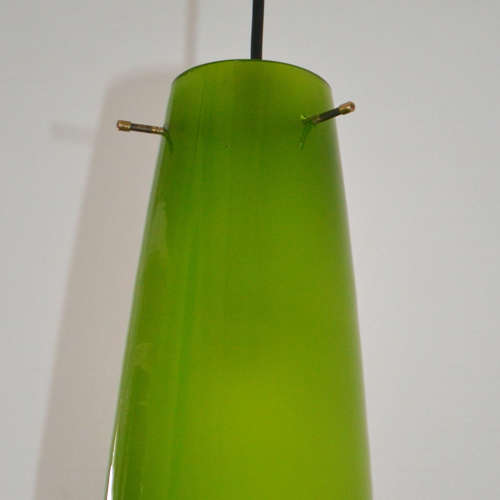 Large elongated Murano blown glass pendants in blue, green (Inside is a blown thin inner layer of white opal translucent glass to spread a warm and soft light) and white. The ellipse shaped ceiling pendants are suspended by three brass hanger’s holding a single light fitting. The pendant lamps were designed by Alessandro Pianon Italy for Vistosi. Pianon (1931-1984) he studied in Venice, he later become an architect and designer. He designed a vast collection of glass for Vetreria Vistosi between 1956 and in 1962, he started his own design modern studio where he worked for many companies, including Lumenform.