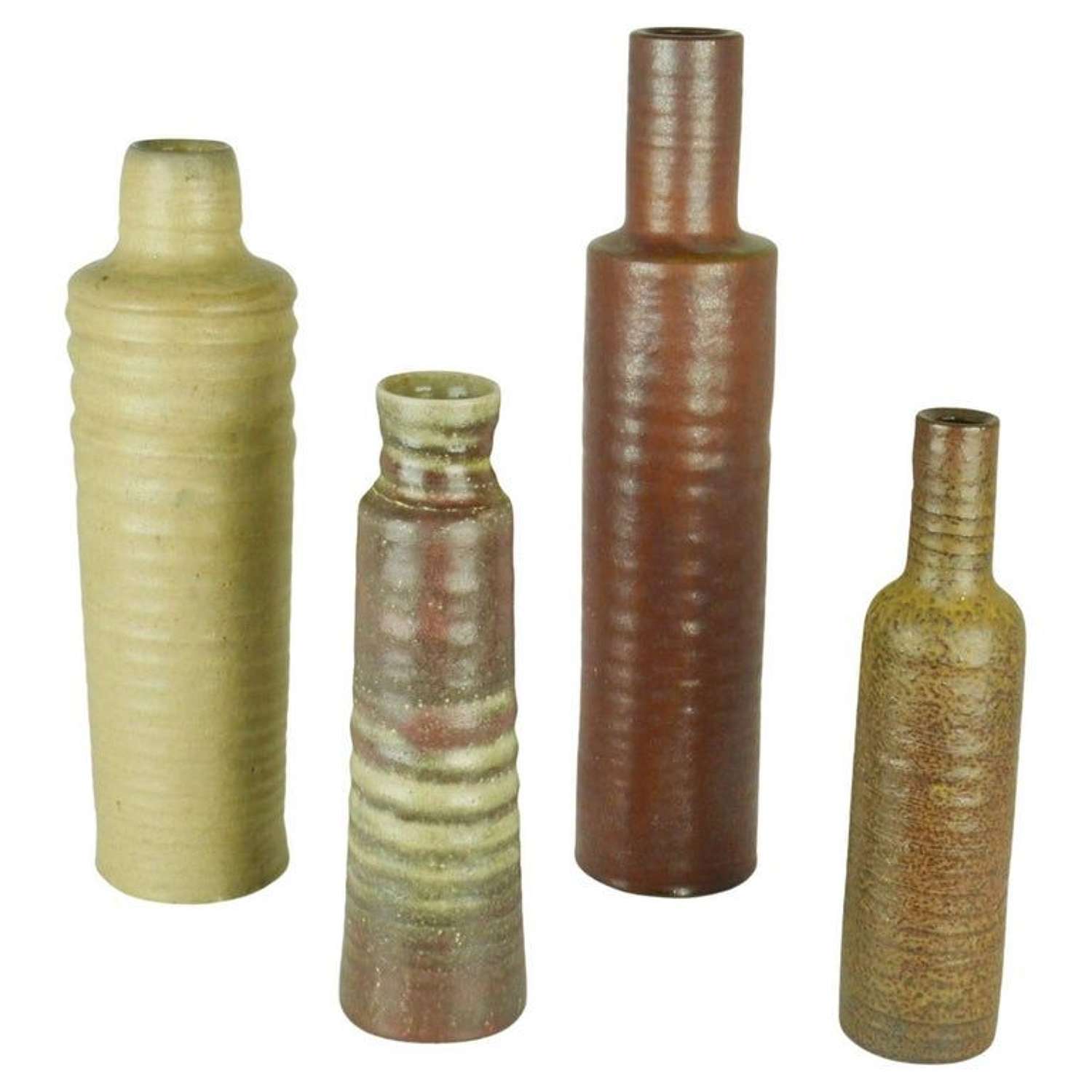 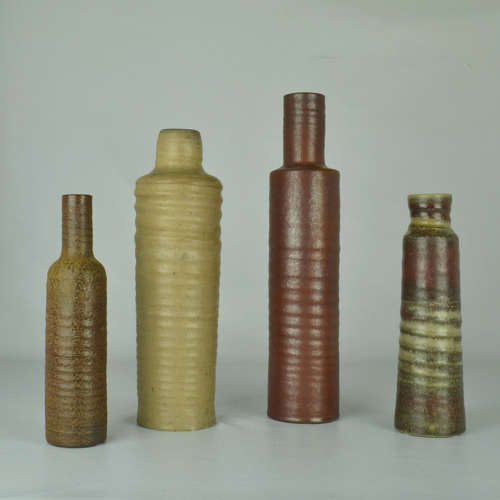 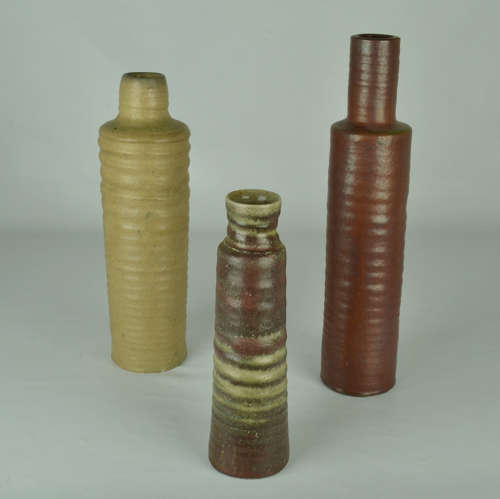 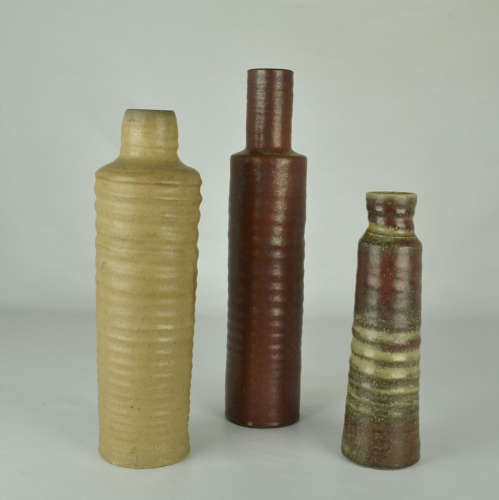 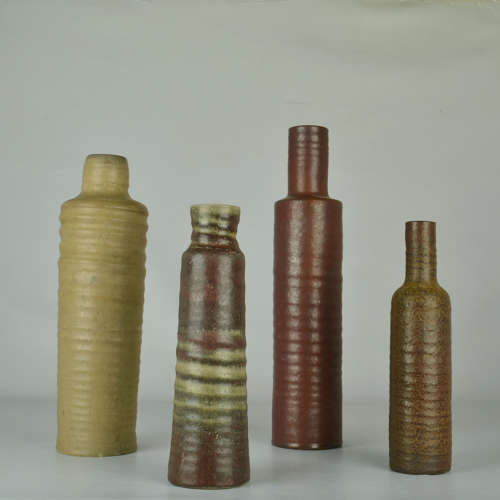 Group of four hand turned studio pottery tall vase in elongated form has a natural finish. They arec reated on the turning wheel by highly technical skilled Dutch ceramist in the 1960's at studio Mobach. The semi matte glaze and form inspired by in nature are highly influenced by leading English Potter Bernard Leach. The vases is both functional and sculptural in its form. Mid-Century Modern vases are ready for direct shipping. The vase is part of our large collection of Dutch 20th studio pottery century vases listed.