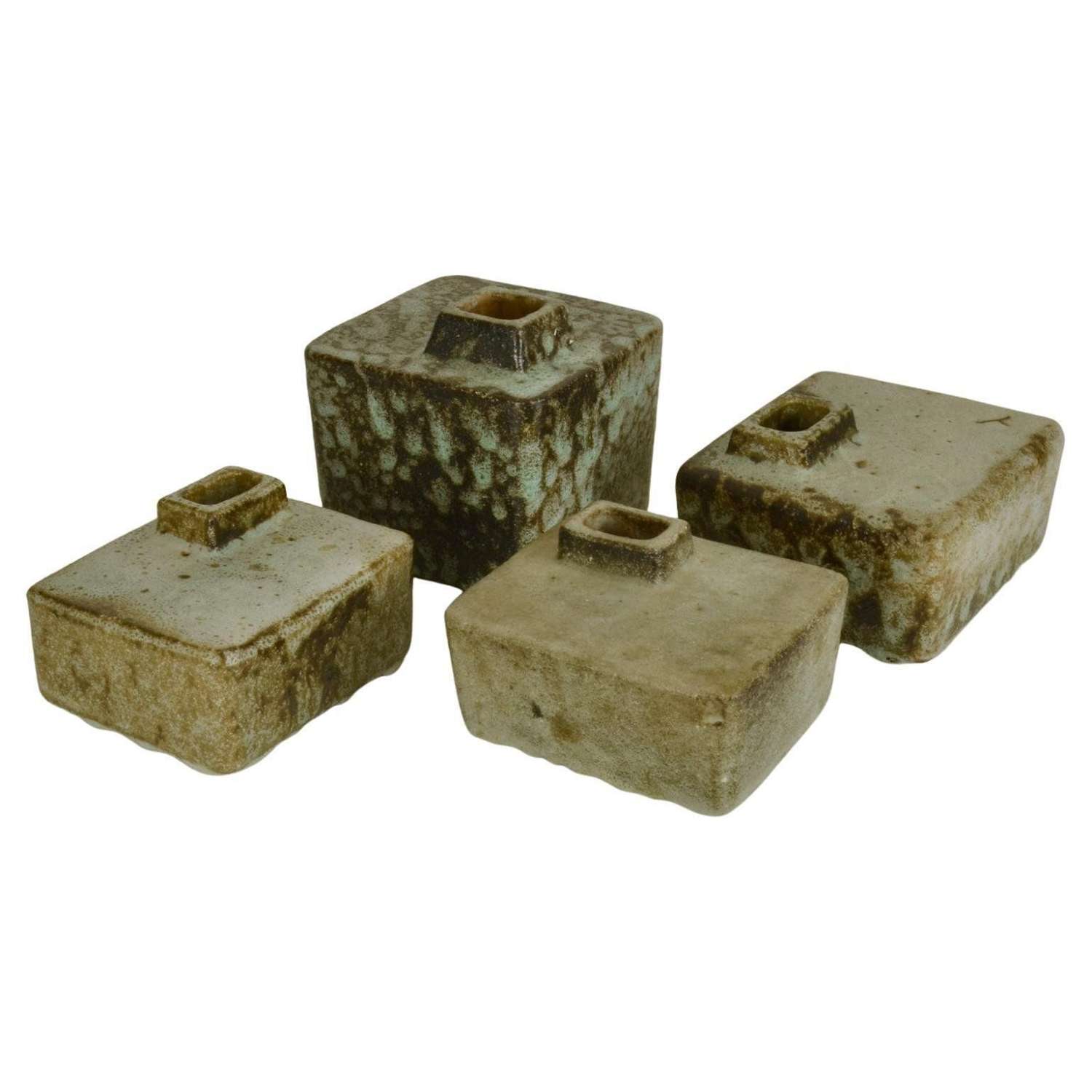 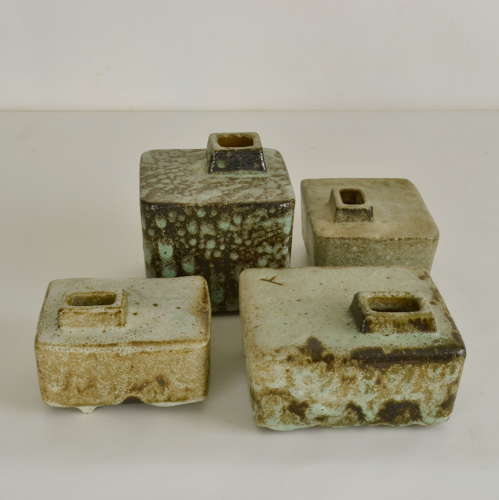 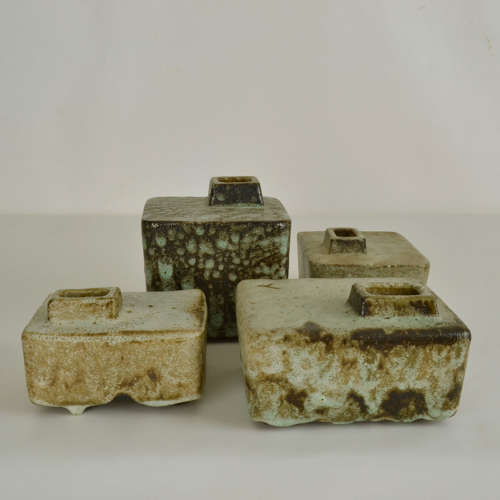 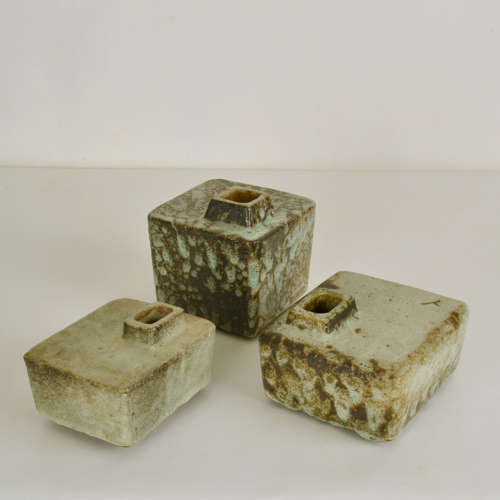 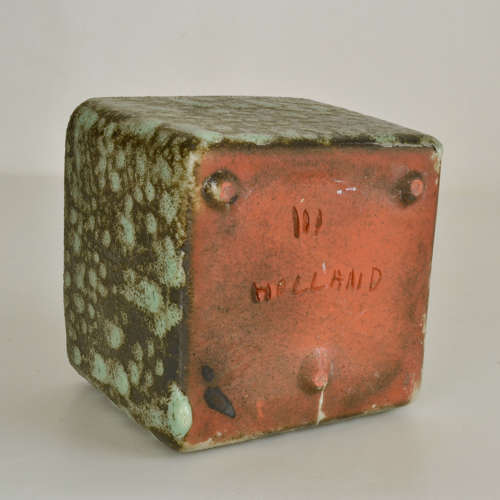 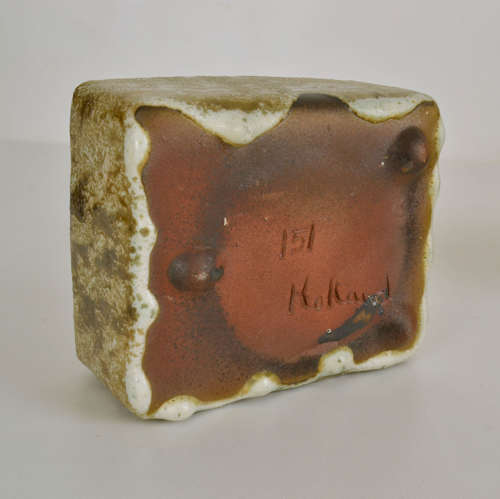 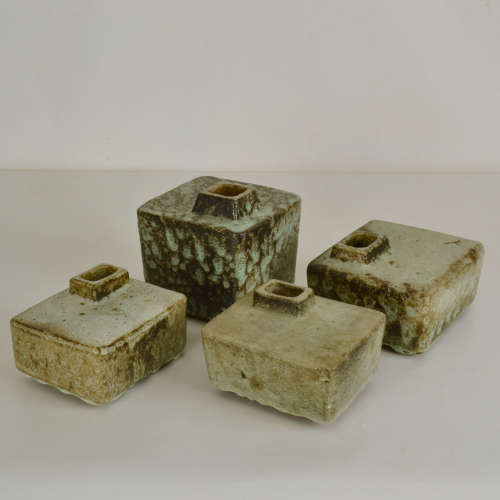 Set of four studio ceramic vases known as block or chimney vases of various heights of 3 in grey-green glazes. They were made in the 1960's by the Dutch well known ceramist Pieter Groeneveldt (1889-1982). Groeneveldt was born in Batavia, the former Dutch Indies who worked and produced ceramics for the greater part of the twentieth century. He attended the Rijksacademie in Amsterdam at around 1914, the young Groeneveldt developing artistic skills in a painting and sculpting and eventually, ceramics. During which time artists and crafts people were influenced and inspired by the techniques and simplicity design of the Far East. He worked using a technique of a roughened surface wiped with a dark glaze, creating a stony, travertine effect. This became popular in the Netherlands by Groeneveldt during the 1960s and was imitated by other ceramists who had not the skill to replicate the master craftsman!

Style;Mid-Century Modern (Of the Period)