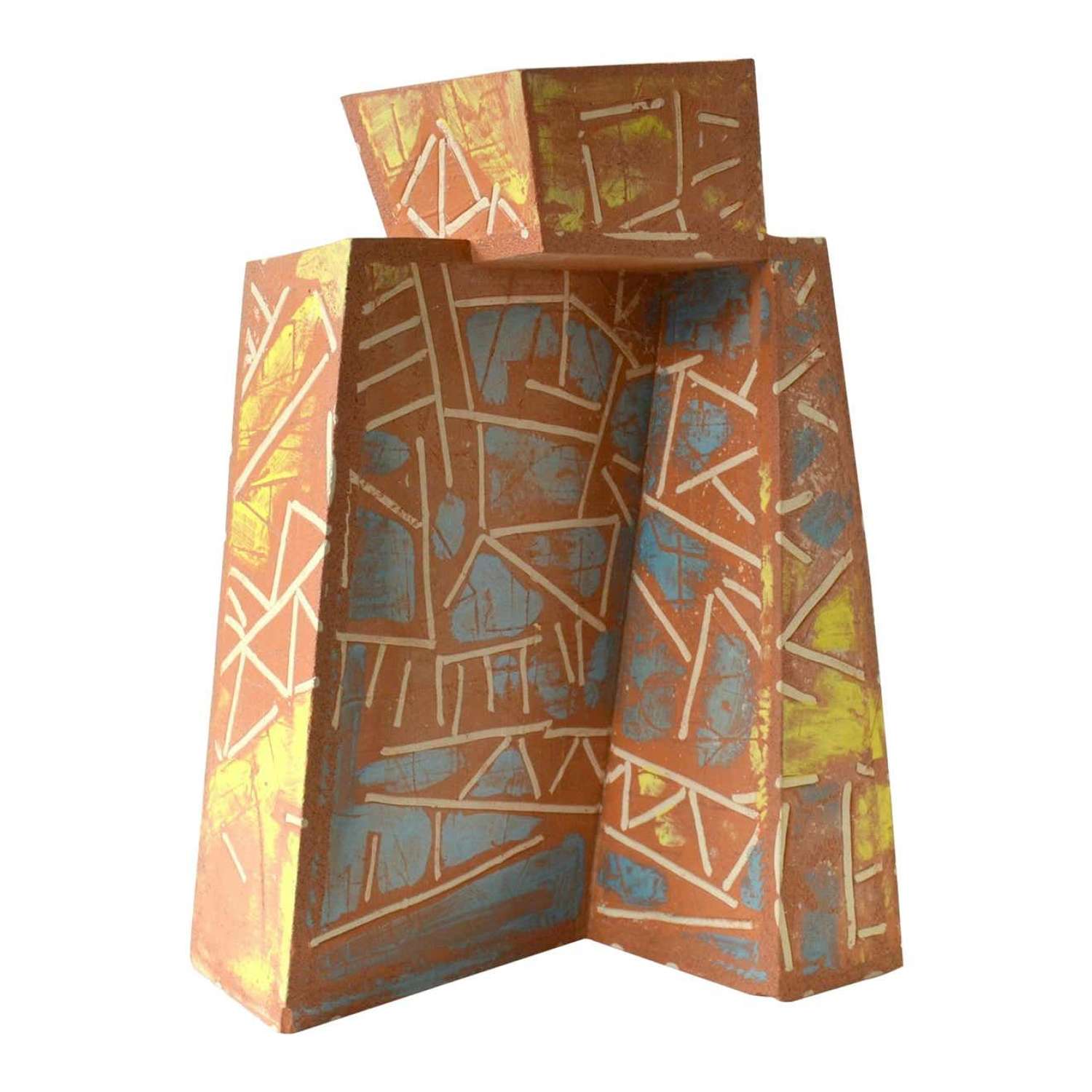 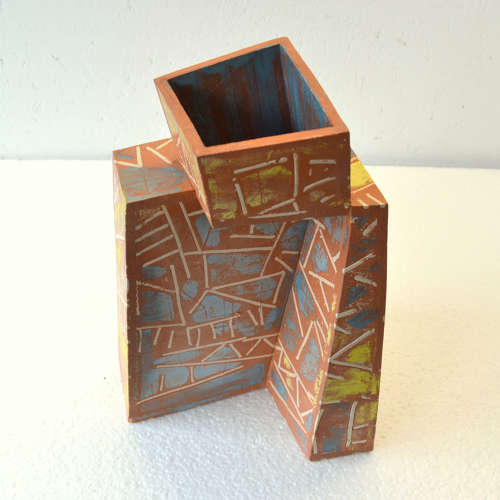 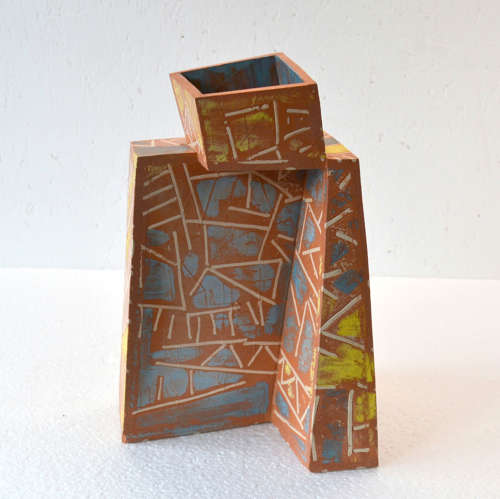 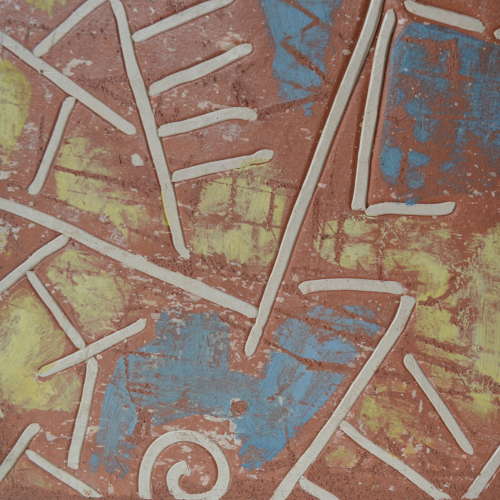 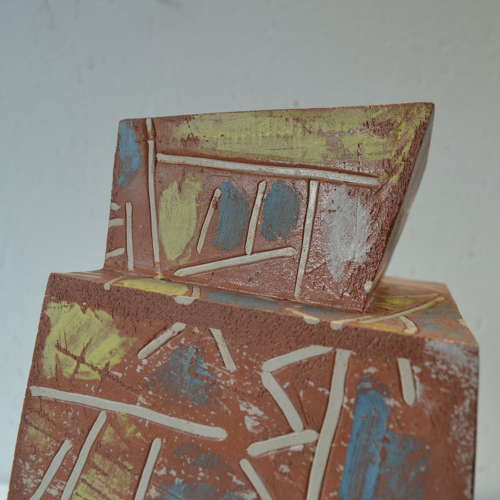 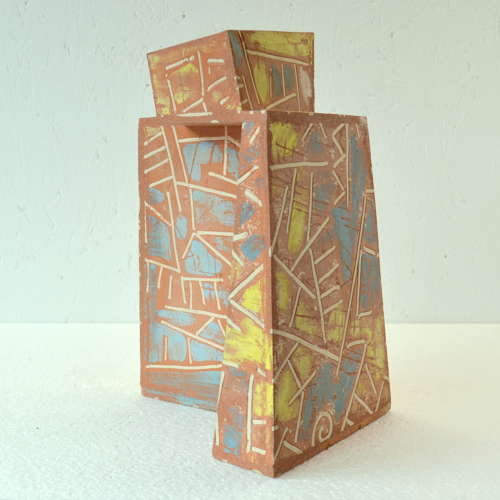 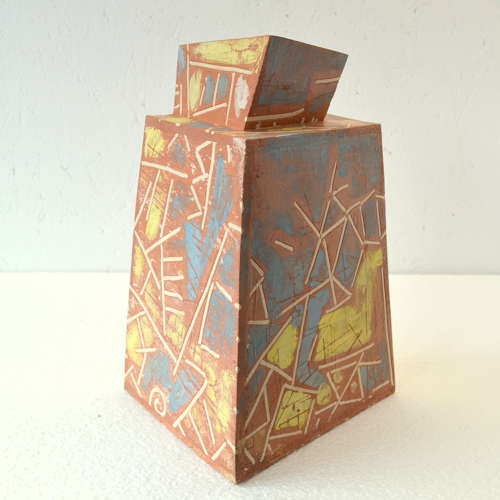 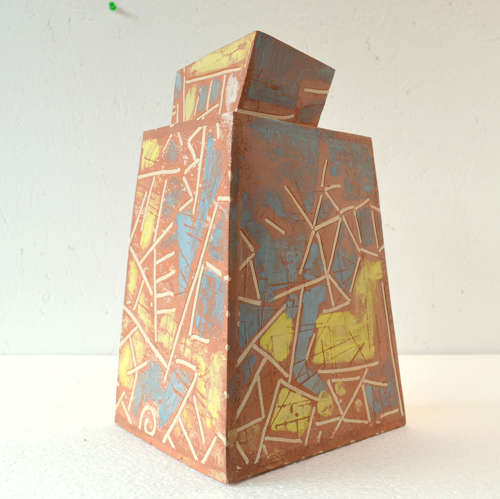 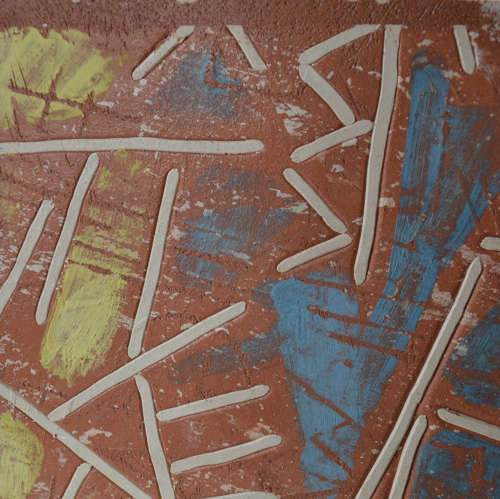 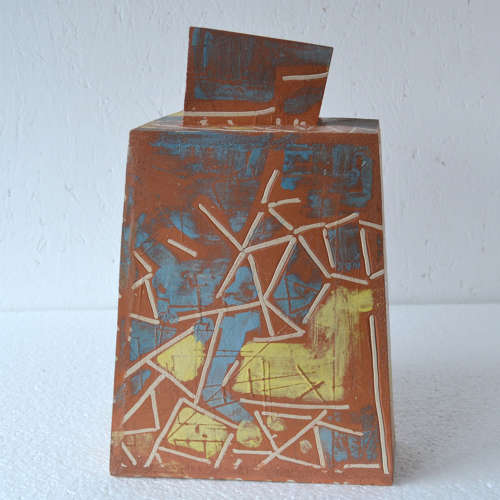 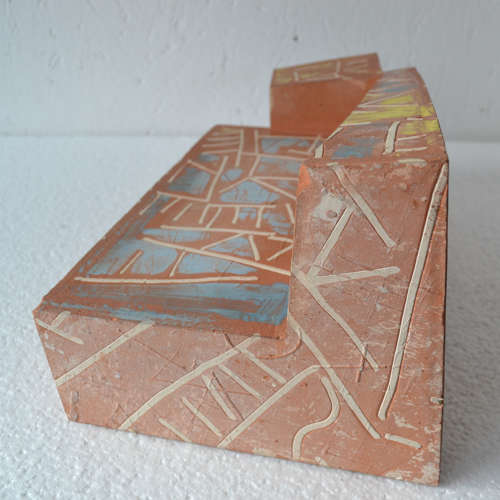 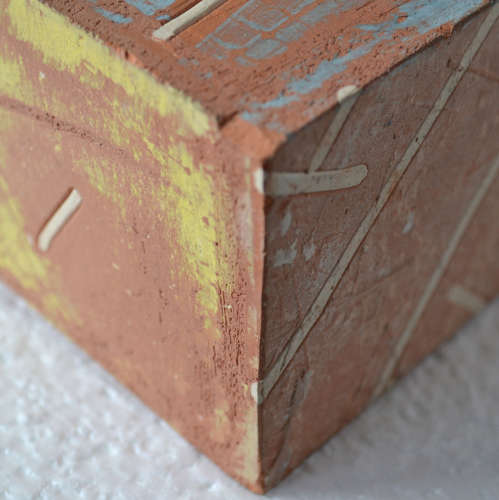 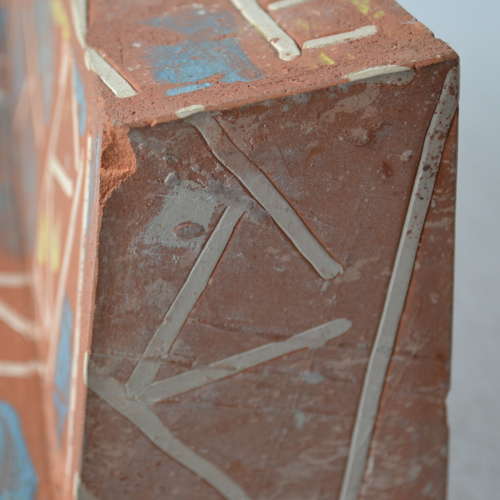 Sculptural vase is built up from slabs of coloured clay formed by layers decorated in Memphis style pattern, Dutch unknown artist, 1980's. The decoration is created by inlay of coloured clay and rolled into the surface of the stone red clay. This artistic form is called Nerikomi, meaning ("kneading") which a contemporary Japanese term of pottery building tradition using multiple colours of clay formed into pattern as one surface. The origins of marbling ceramic were used in Egypt, Roman and it was used in the Tang Dynasty in the 7th century China.Materials and Techniques

Date of Manufacture: circa 1980

Condition: GoodWear consistent with age and use. Minor losses. There are two minor losses on the bottom corners. As they are hardly visible we decided not to restore them.