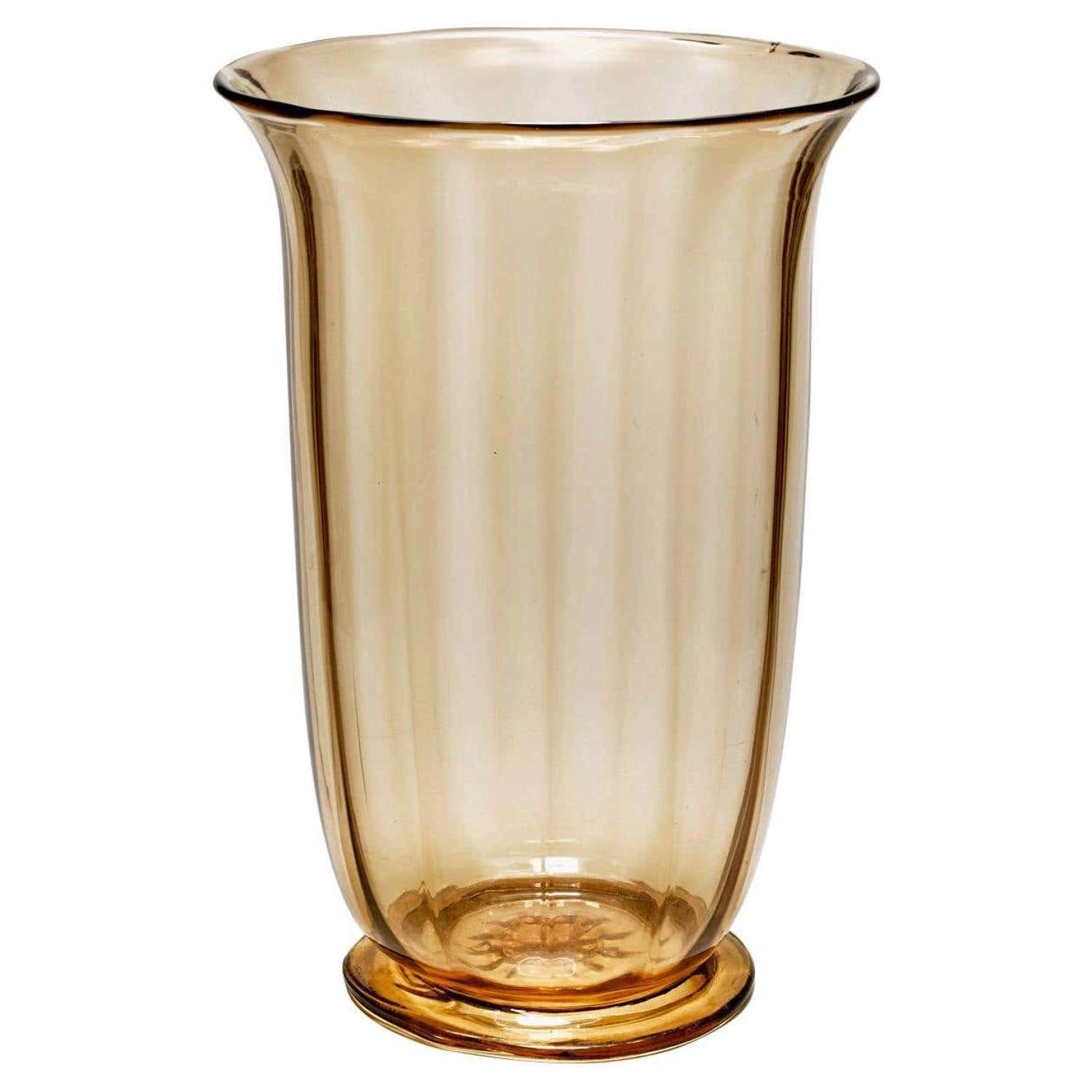 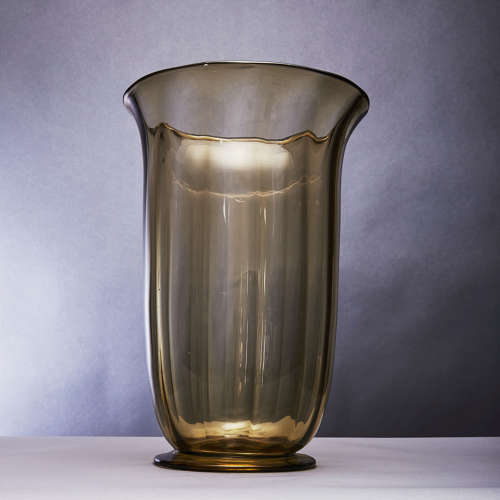 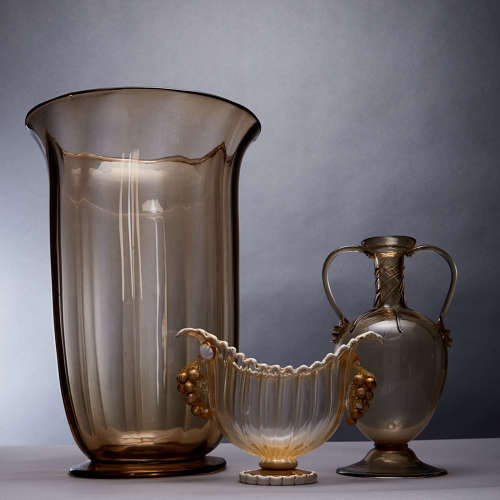 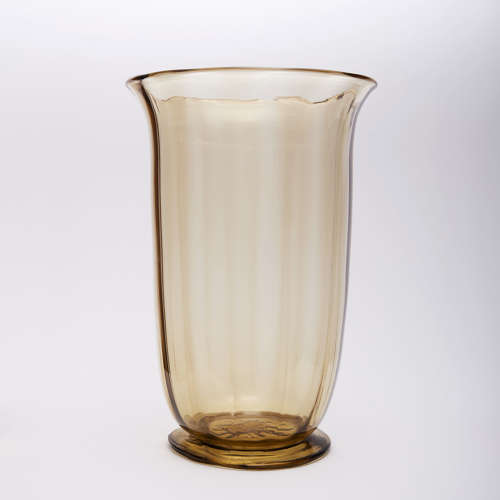 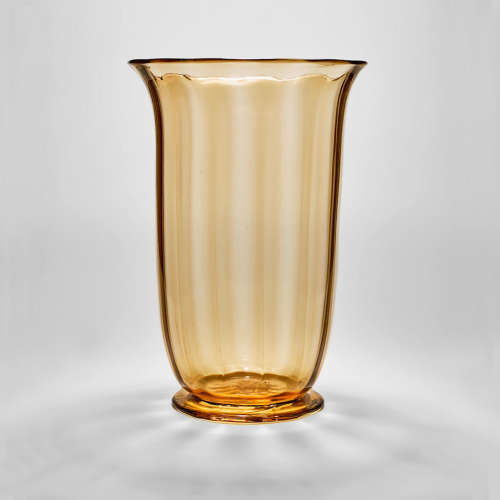 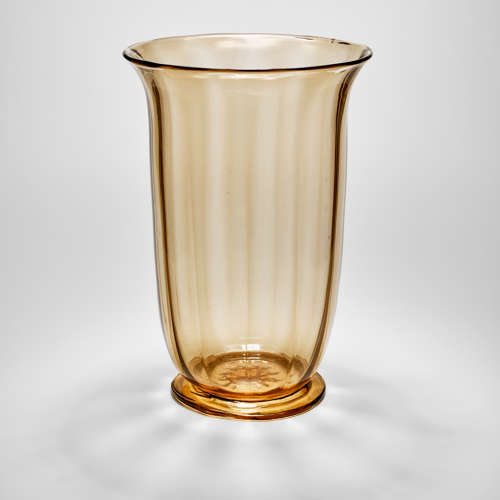 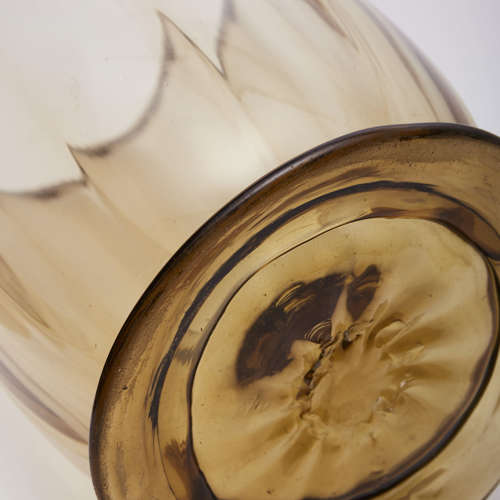 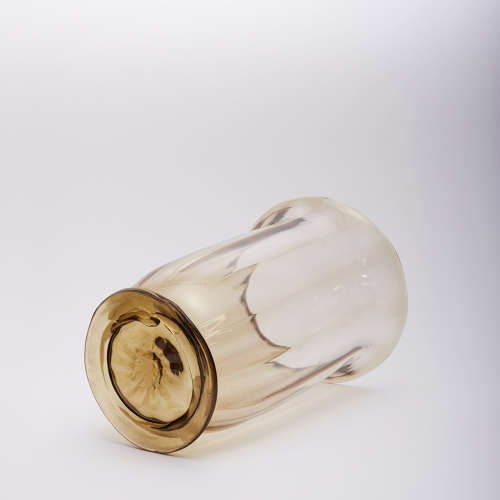 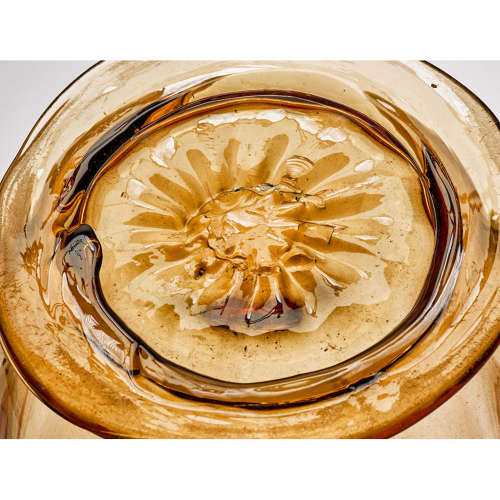 Large Soffiato Vase by Vittorio Zecchin for MVM Cappellin, circa 1925

Very large Soffiato vase model 5013. Soffiato glass was created with the technique of thinly blown, transparent, one colored glass translated closely to reveal a direct relationship to the drawing by Vittorio Zecchin (born 1878-1947) Murano, Italy. He was an influential Italian glass designer, attracted clientele of the time when his glass design evoked ancient and Renaissance classical styles while also fostering a new modern subtlety. This example expresses all the classical features in its ribbed urn shaped form and its semi precious color of amber. Zecchin collaborated with glassworks M.V.M. Cappellin & co, founded by Giacomo Cappellin in 1925. Zecchin's impact on Italian artists and designers was energized by the avant-garde point of view in Venice during the early years of the 20th century.

Style: Art Deco (Of the Period)

Condition: ExcellentWear consistent with age and use.