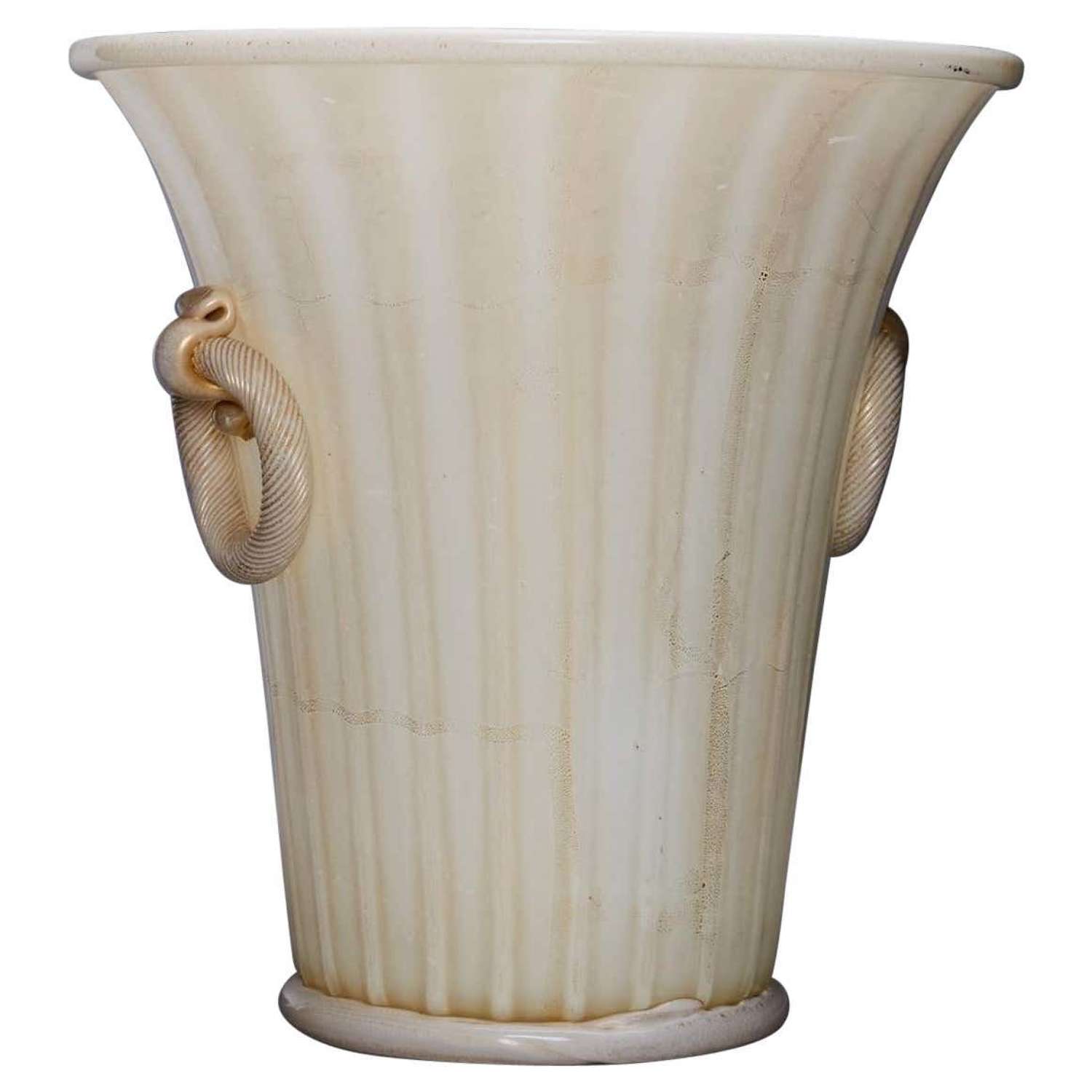 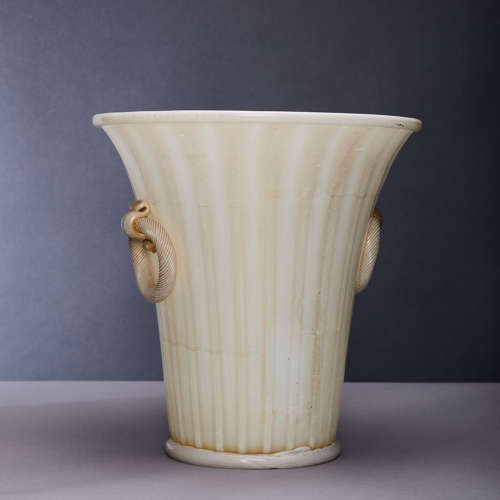 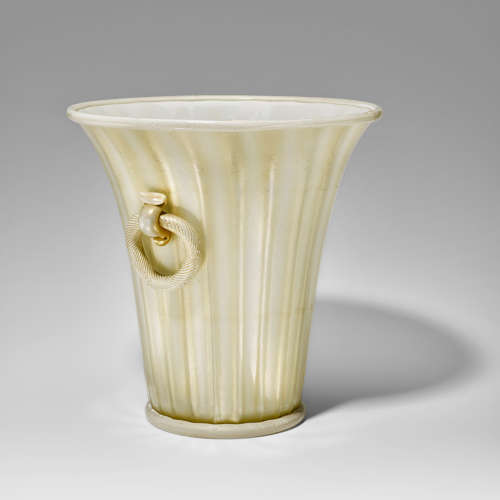 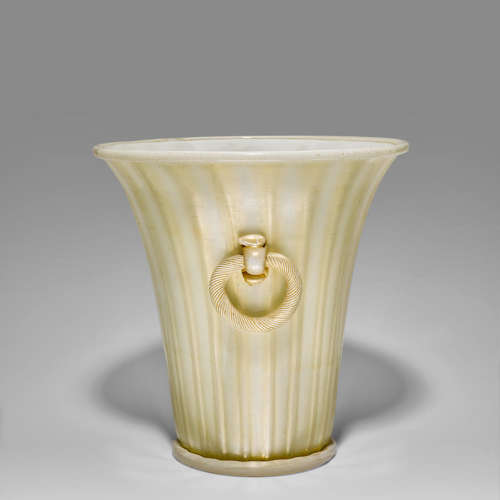 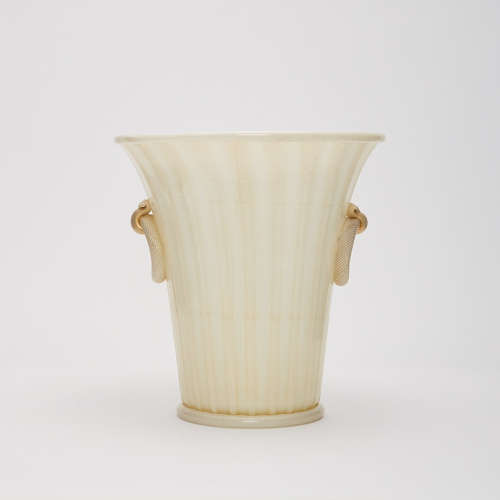 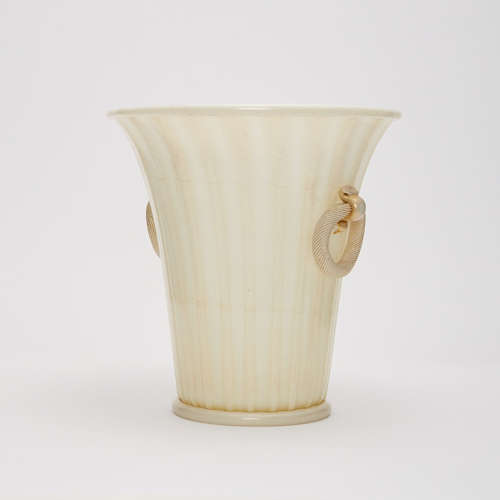 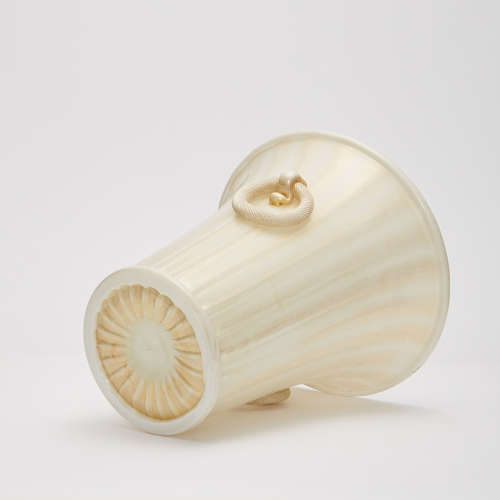 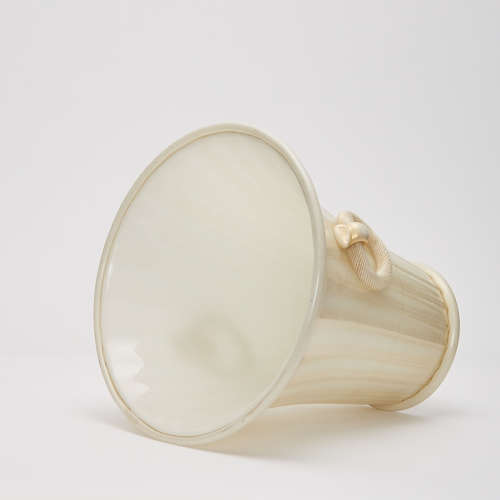 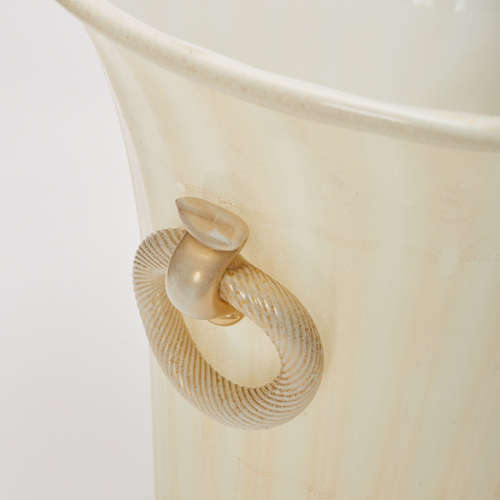 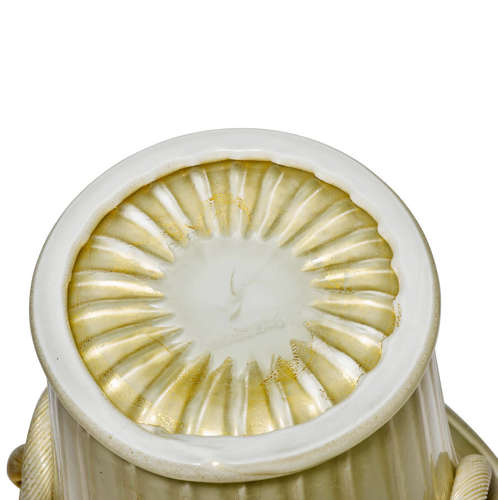 Twin-Handled Vase by Ercole Barovier for Barovier and Toso, 1956

The double handled trumpet shaped vase designed by Ercole Barovier (1889-1974) for Barovier and Toso 1956-57 is set in a layer of clear glass over a layer of white, over a layer oyster colored opaque glass with gold leaf application. The ribbing at the base of vase the stretches out at the mouth tied in by a ringed band. The handles have been skillfully formed by tightly twisting the glass formed into rings applied close to the upper edge of the vase. Barovier made his mark on the company, the glass-works industry and history. The vessel executed by Barovier and Toso shows the technical complexity of a company founded in 1295. Barovier and Toso have held the realm of its glassworks for 750 years in Italy as Vetreria Artistica Barovier & Co.