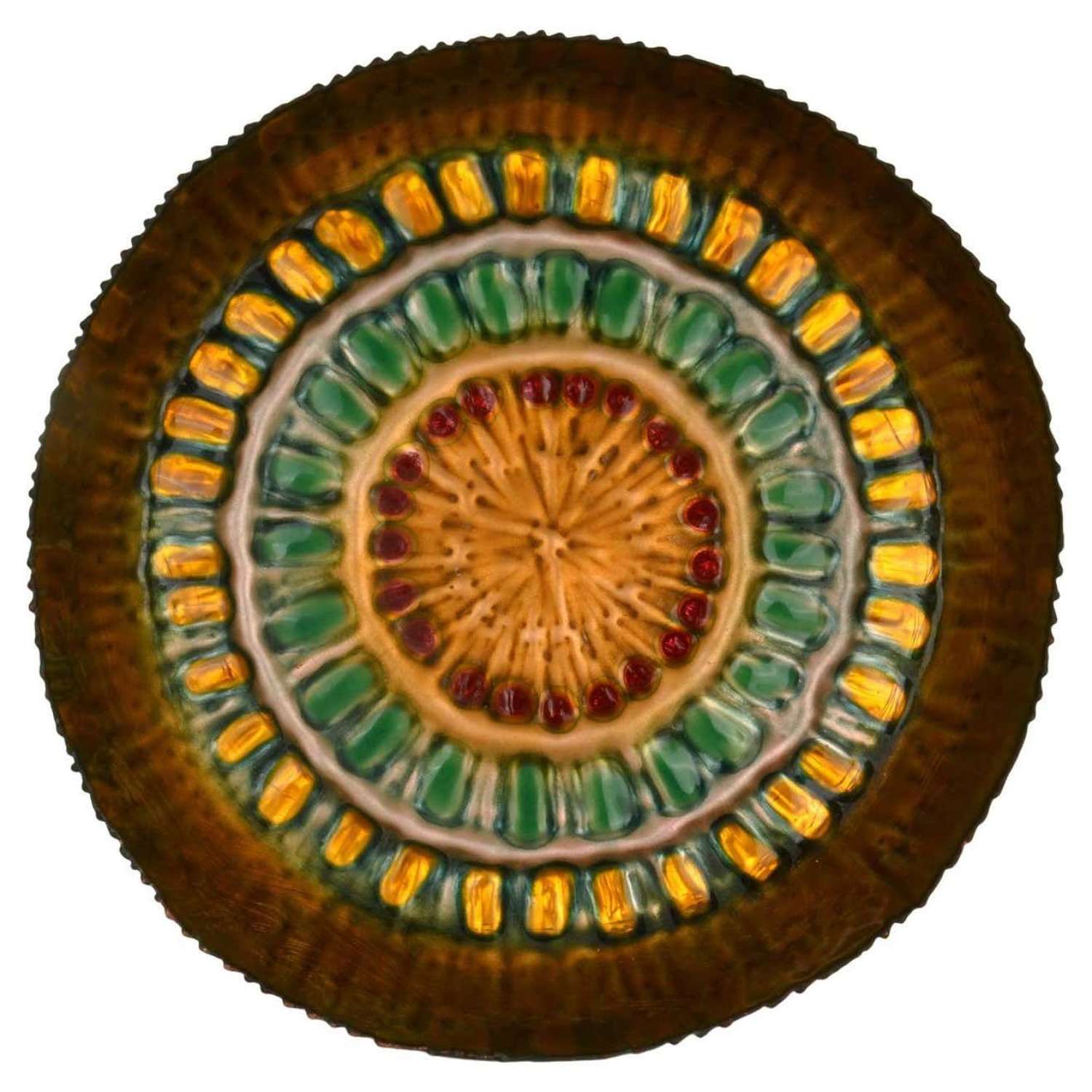 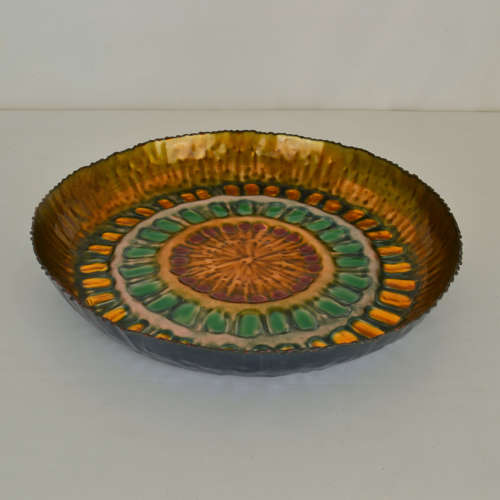 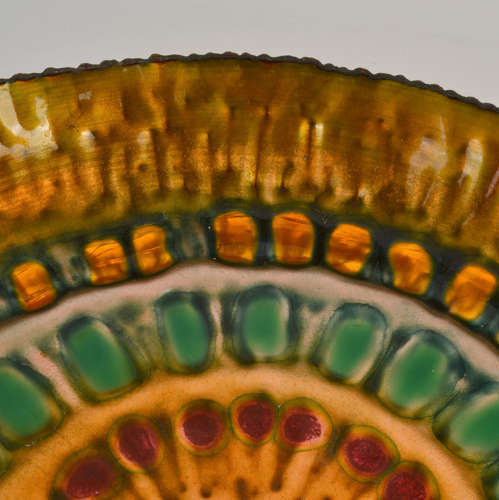 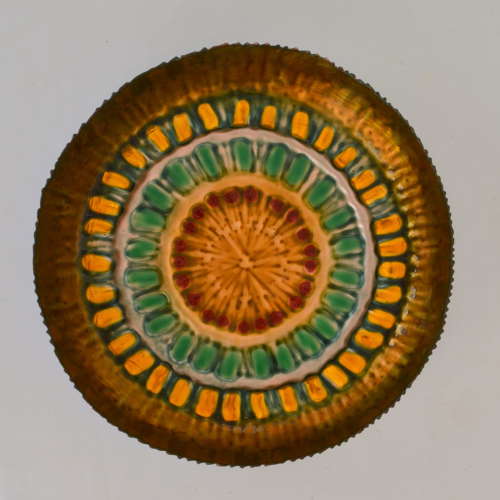 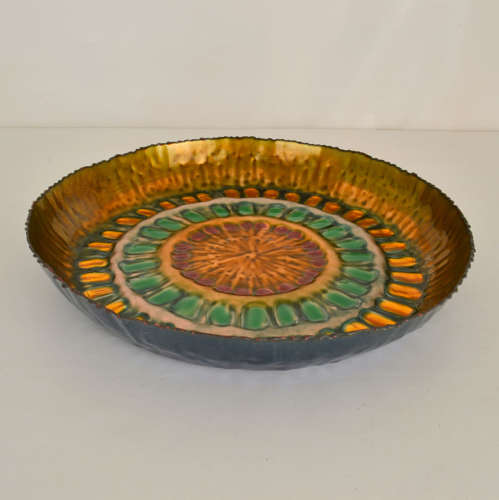 Enamelling is one of the oldest and most precious of crafts and the decorative round bowl with its sun ray of transparent brilliant bright gold and green. The jewel-like surface is a modern take on an old tradition. The turned rim as an irregular crimped outer edge and the contour of its exterior have irregular lunar crevices. Paolo De Poli (1 August 1905 – 21 September 1996) was an Italian enameler and painter with great influence of the early to mid 20th century. This is a fine example vitreous enameling, the art of applying colourful ground glass in an enamel paste to the surface of brass and firing it in a kiln at 800°C.

Style Mid-Century Modern (Of the Period)