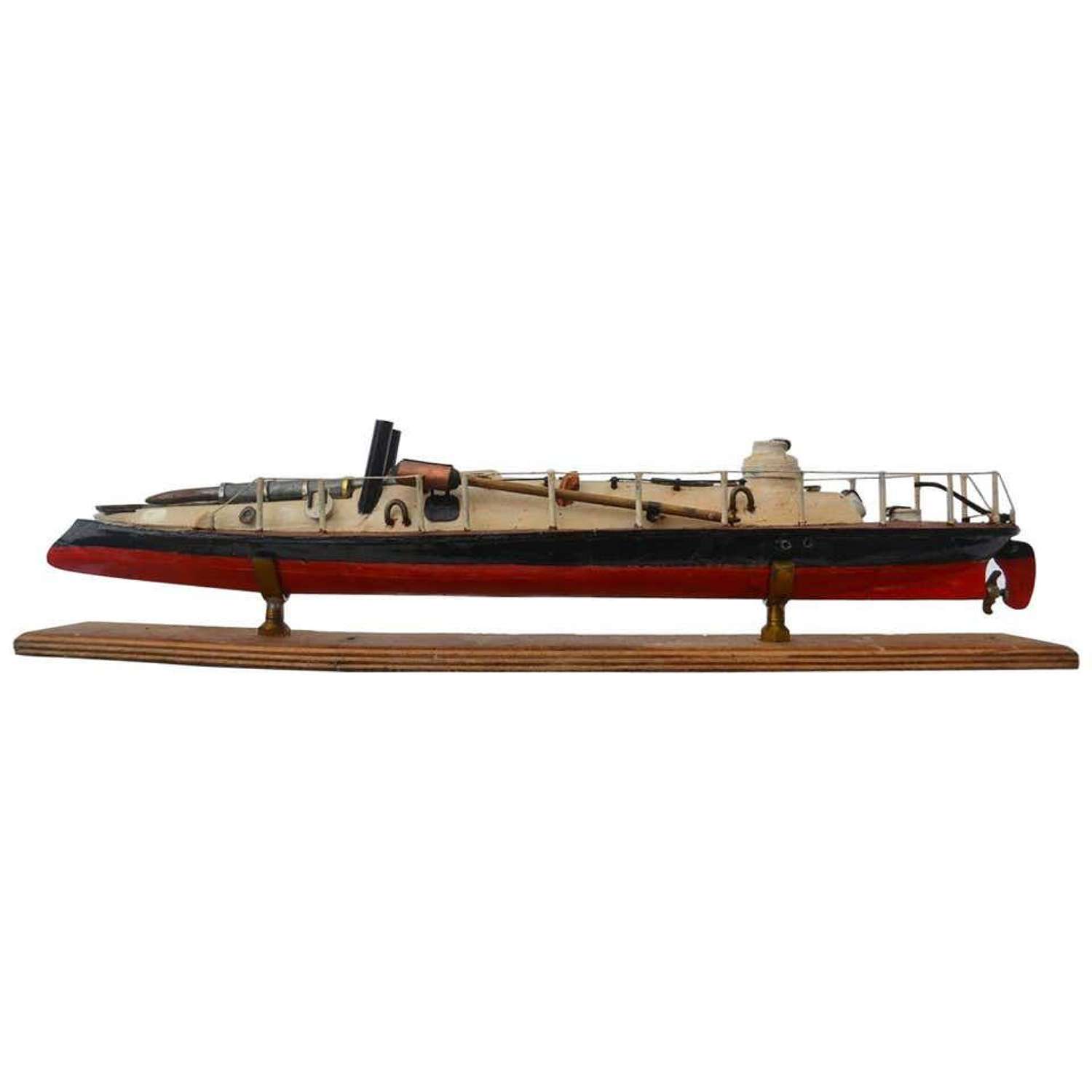 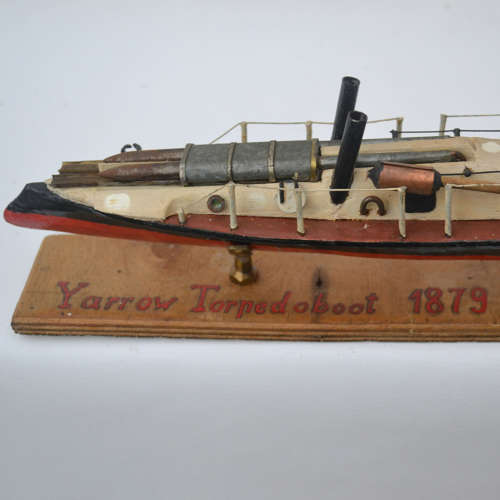 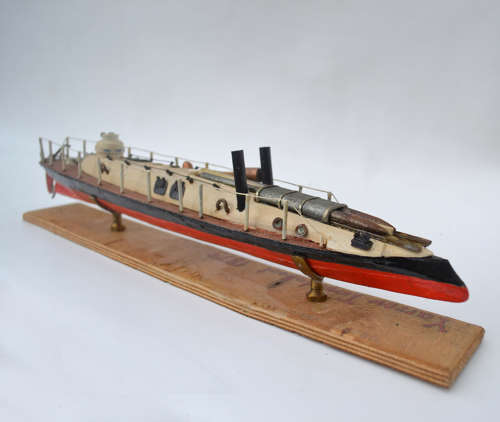 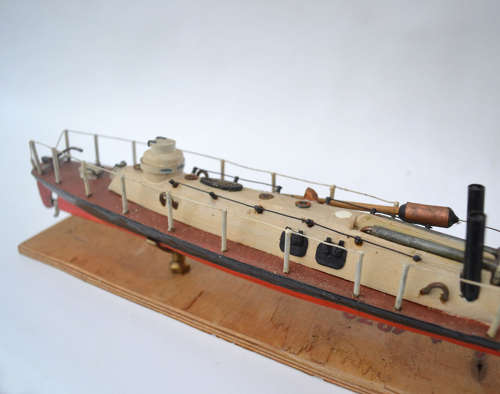 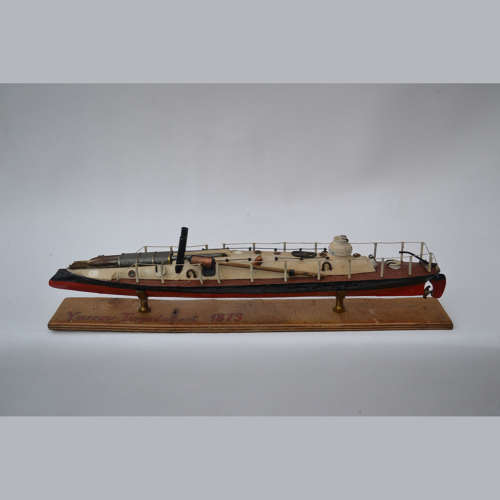 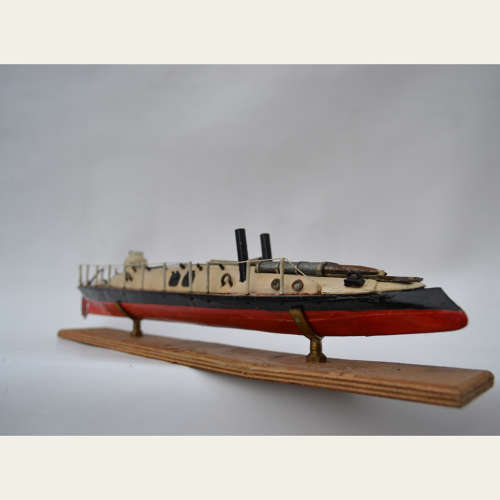 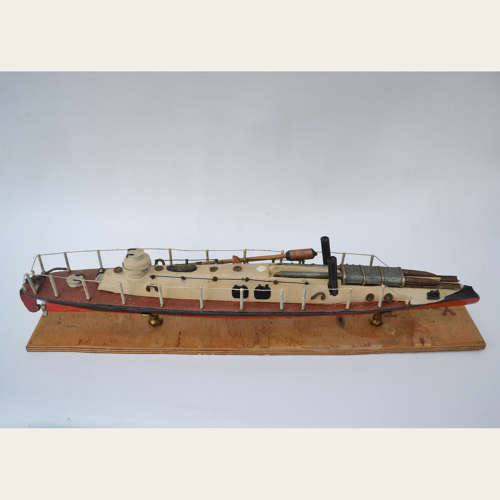 Model of an early torpedo ship was handcrafted between early to mid-20th century in Eastern Europe. This Torpedo boat is a relatively small and fast naval ship that was designed to carry torpedoes into battle. The yarrow torpedo boat was most likely built at a famous ship yard in 'Yarrow' 1879. This a highly detailed model came from a private collector of torpedo boats and warships.