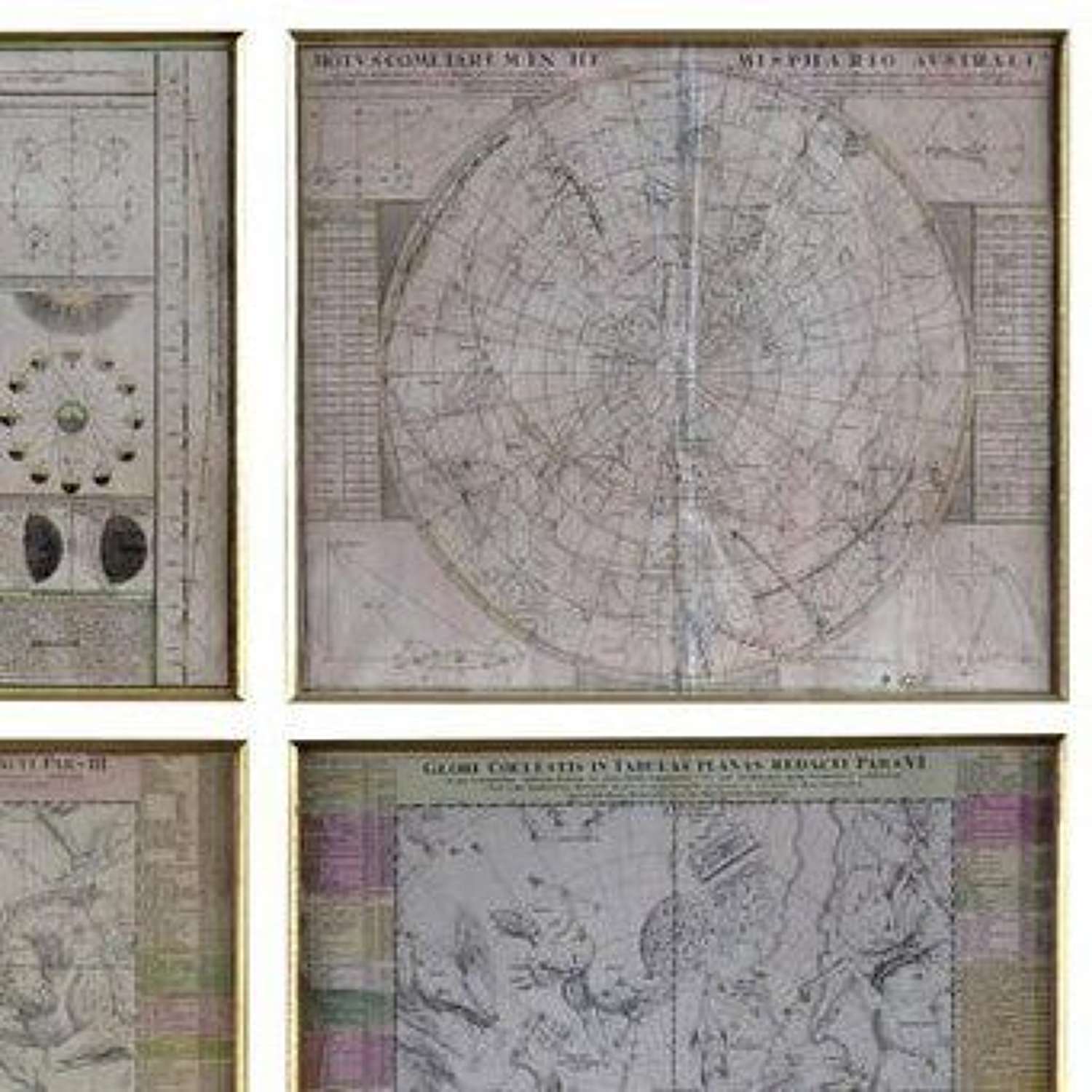 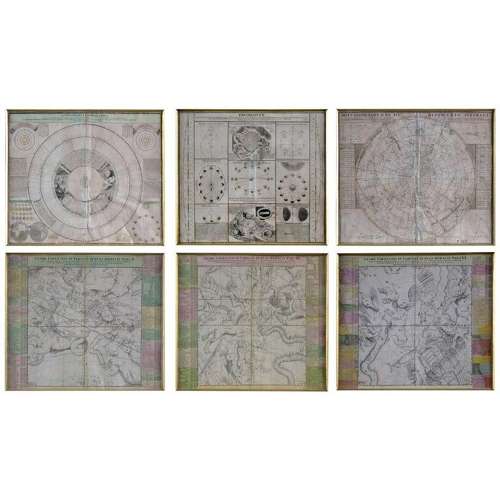 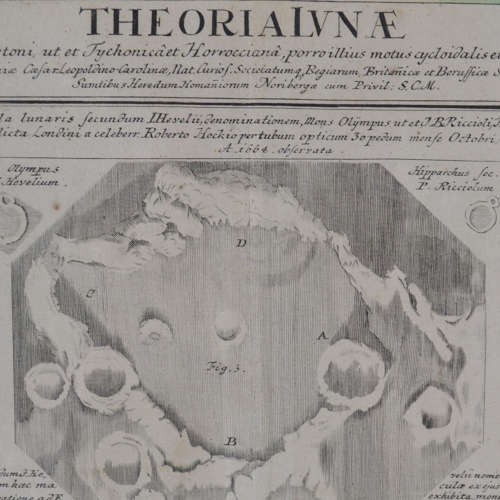 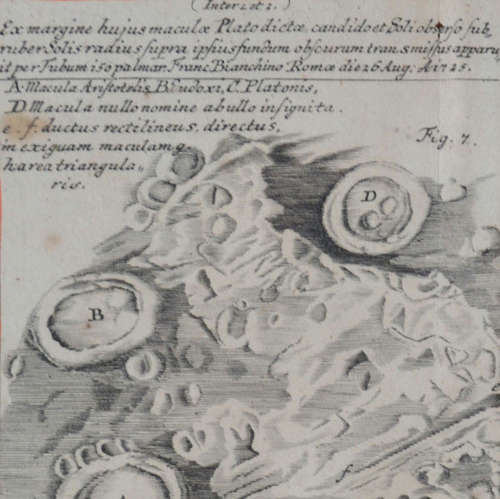 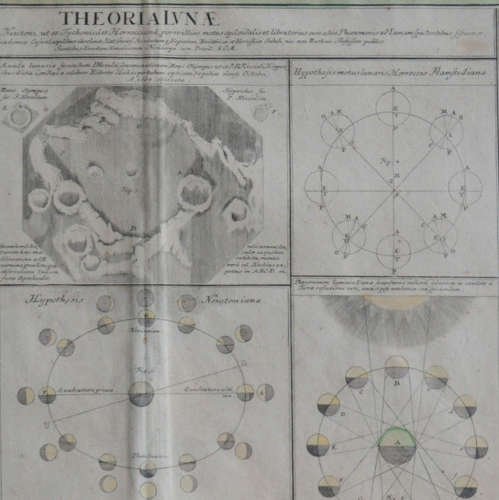 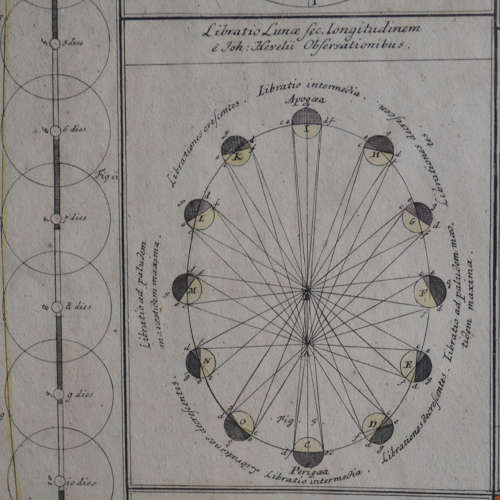 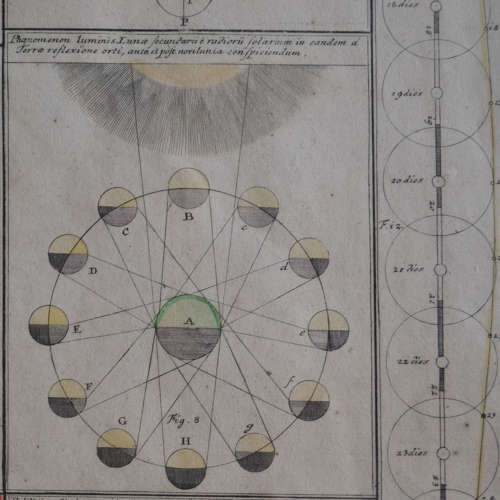 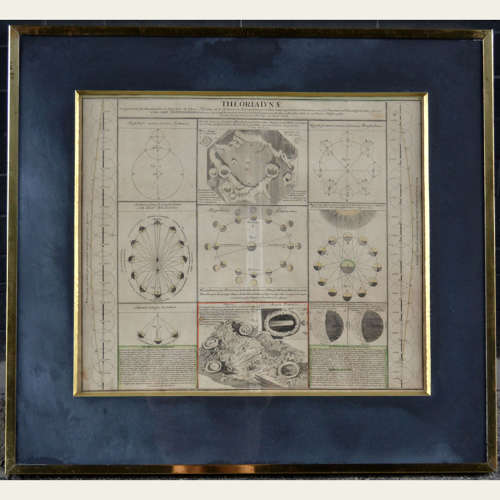 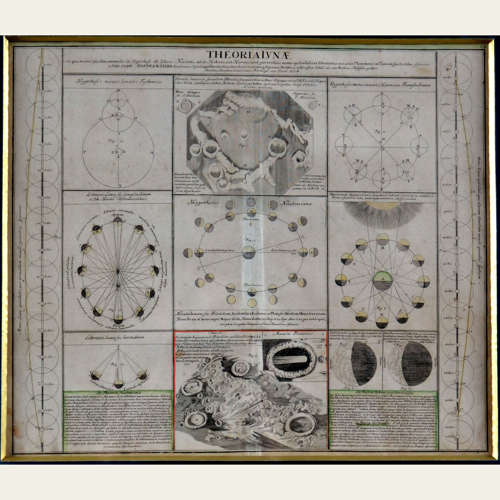 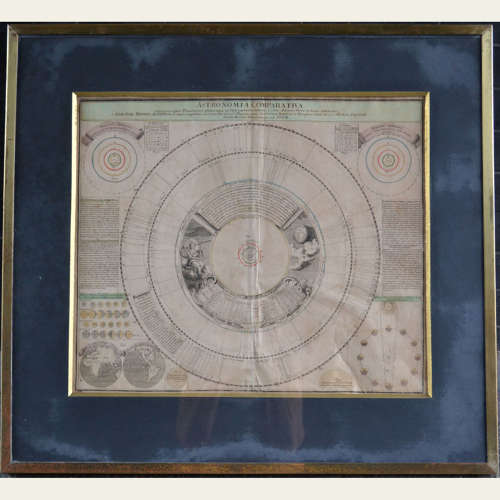 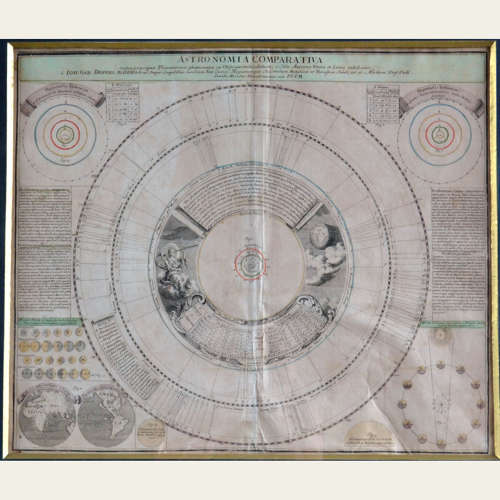 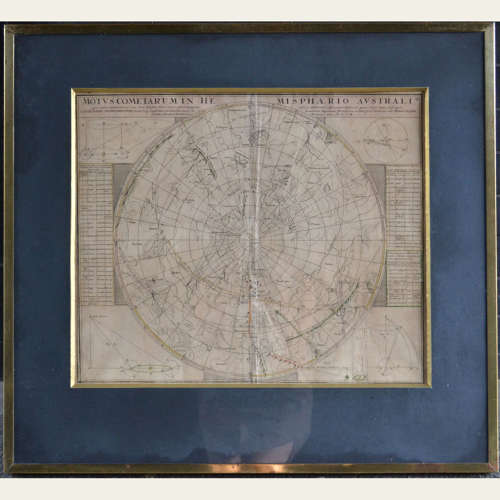 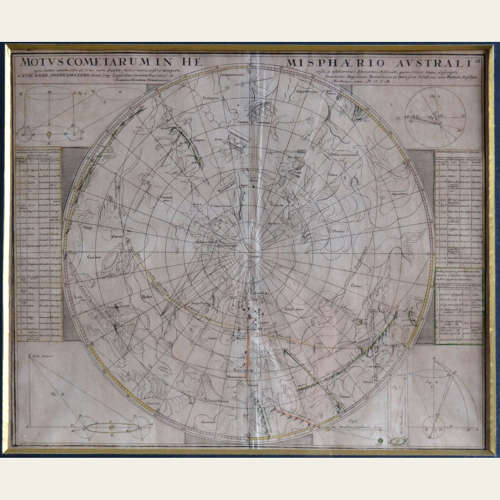 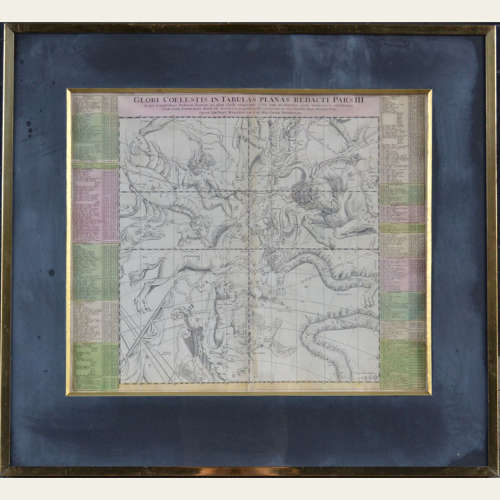 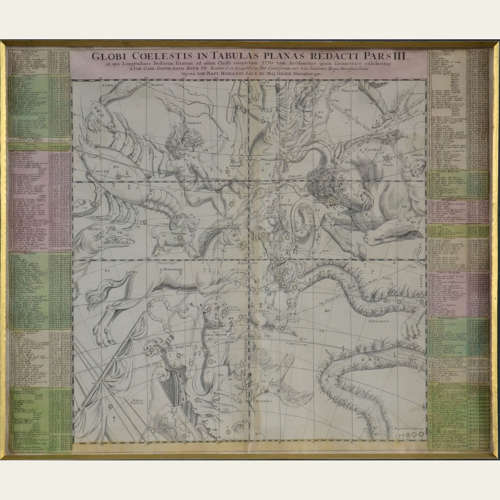 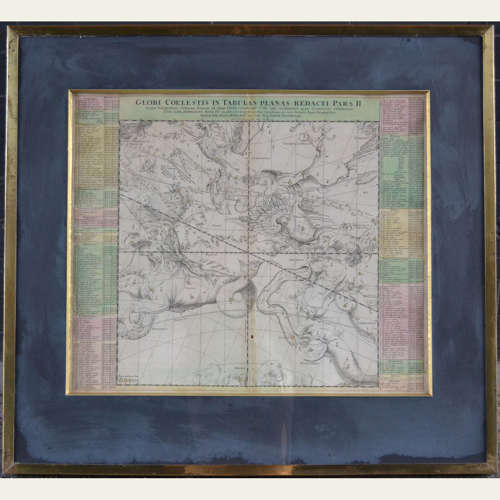 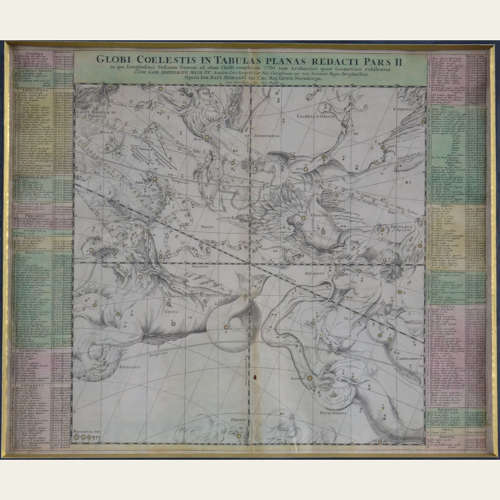 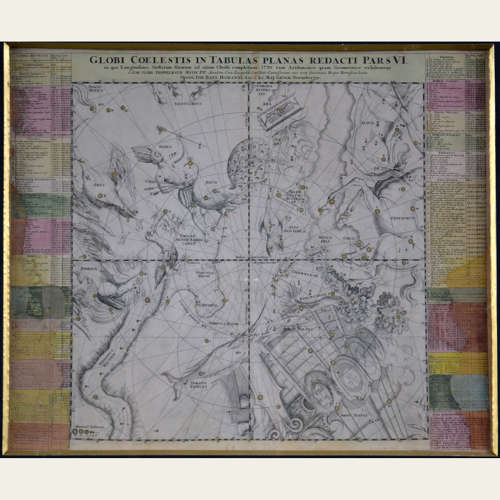 Six original 18th century copper-engraving of celestial charts etchings issued by Homann. Doppelmayr is the cartographer, astronomer and mathematician. He held the post of Professor of Mathematics at the Aegidien Gymnasium, Nuremberg from 1704-1750. The prolific globe-maker, Doppelmayr produced celestial charts from 1704 onwards, in his determination to explain the Copernican-Huygens world system. Homann, one of the main publishers of astronomical maps in 18th century Germany, settled in Nuremberg in 1688 and established his publishing house there. They were published as a book. Each of the copper-engraving are double pages from the original book and are printed on both sides and partly colored with titles and tables in green, pink and yellow wash. They are framed in a brass and glass frames in the 20th century and have blue passe-partouts with gilded edges. The pages you see are, Astronomia comparativa The Orialvnae Motivs Cometarum in the Misphario Avstrali Globi Coelestis in Tabulas Planas Redacti, Pars II-III and VI from Hemisphaerium coeli.