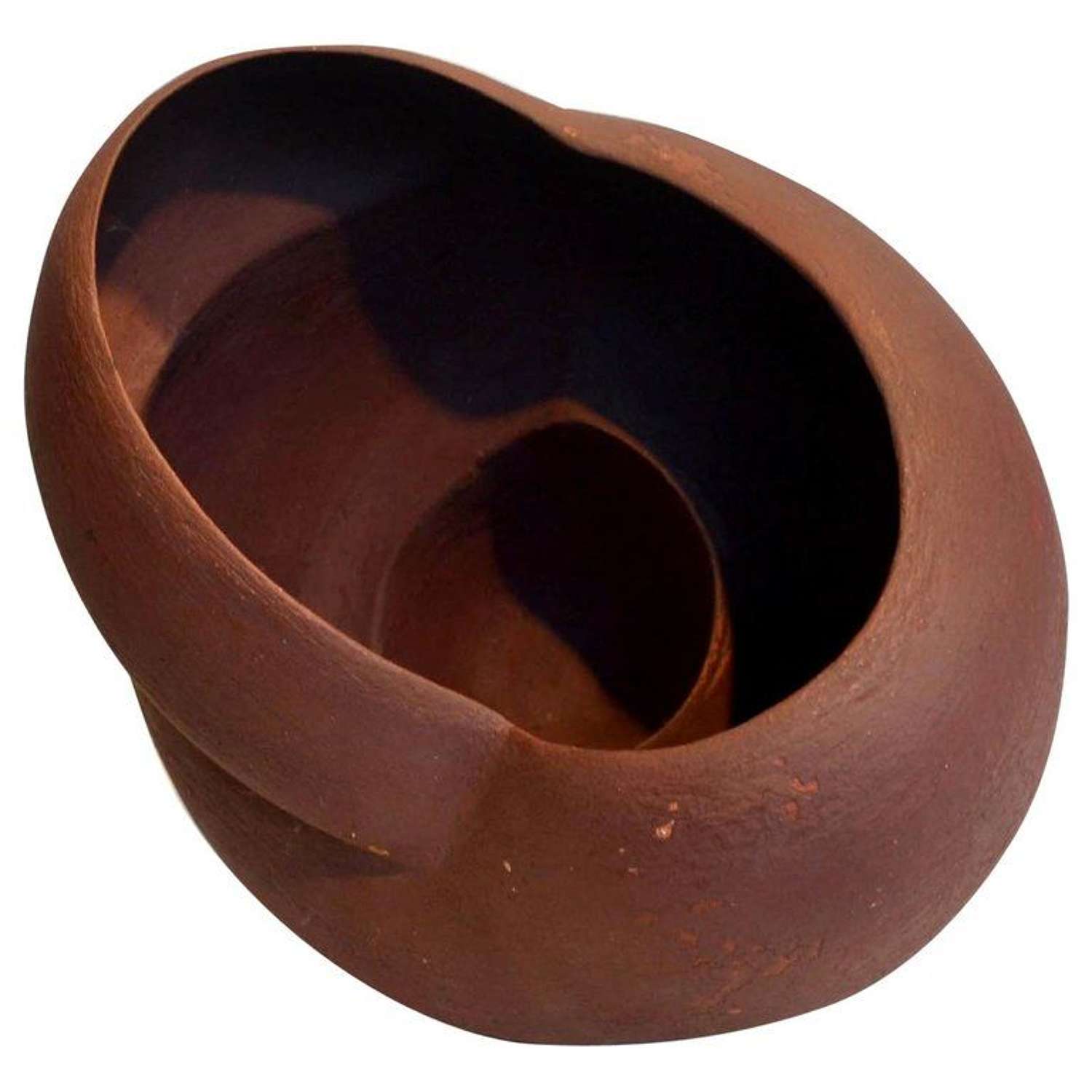 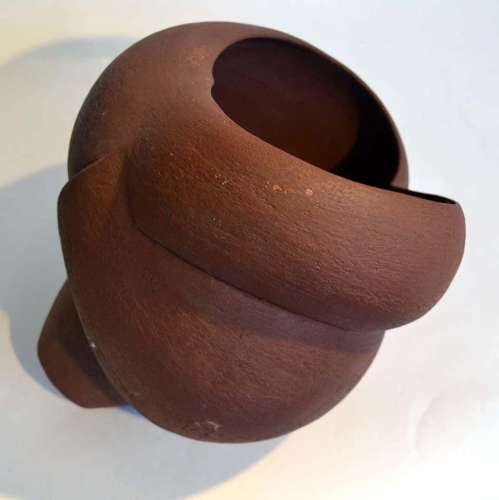 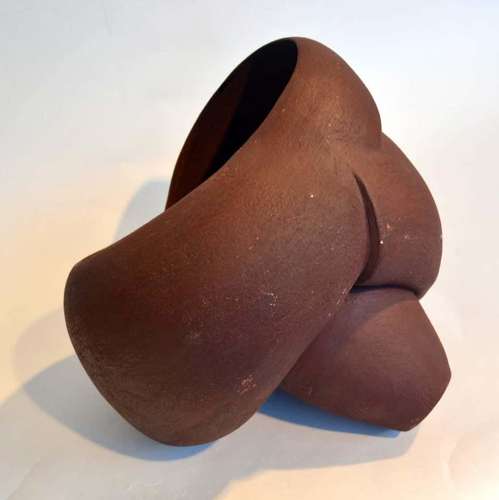 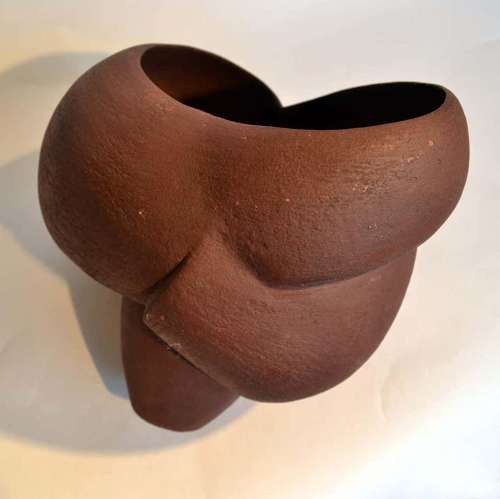 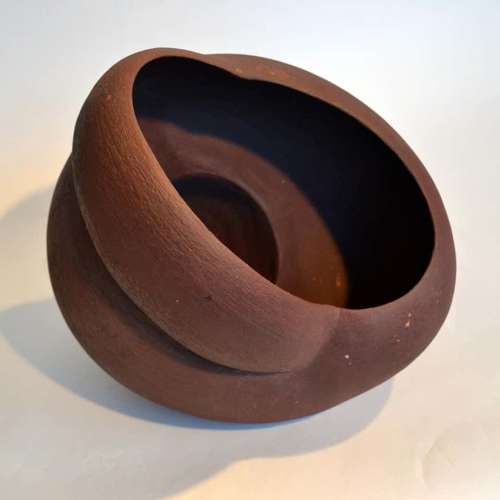 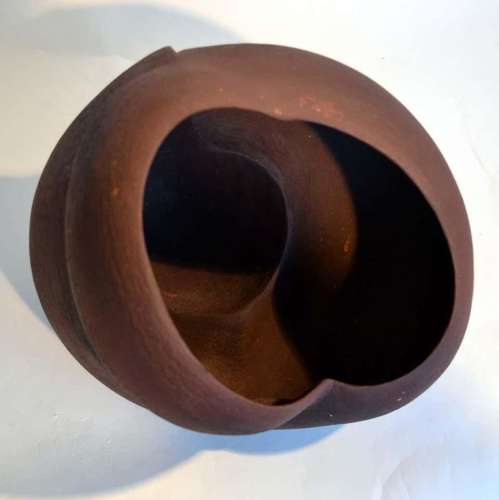 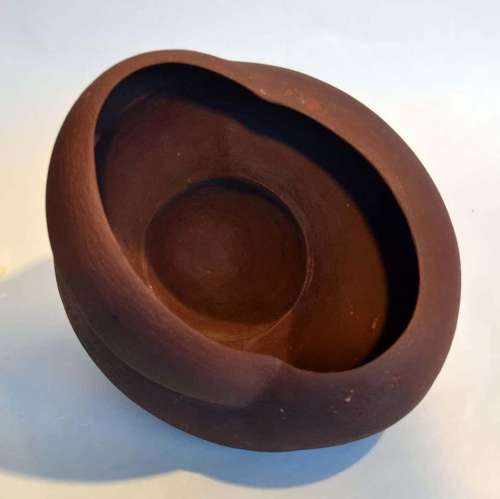 Hand formed abstract sculpture shaped like a large seashell is glazed in rust brown. Its organic form is accentuated by the way it leans sideways resting in its natural position, by Germaine Jones 1994.

Germaine Jones did a BA degree at The University of Westminster in Harrow between 1990 and 1994 and made the piece in November - December 1993 . She obtained a First Class Honors degree in Studio ceramics and in November 1994