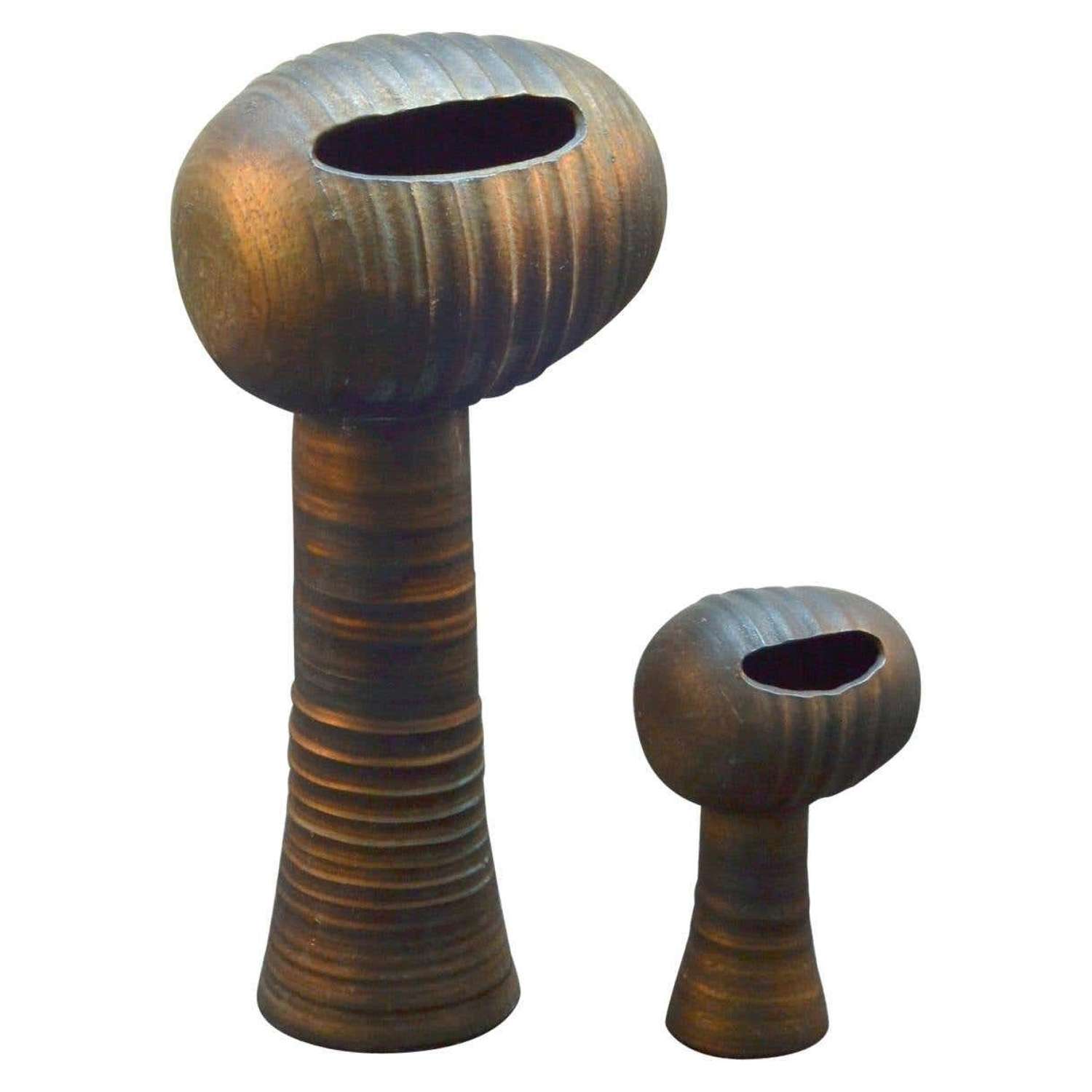 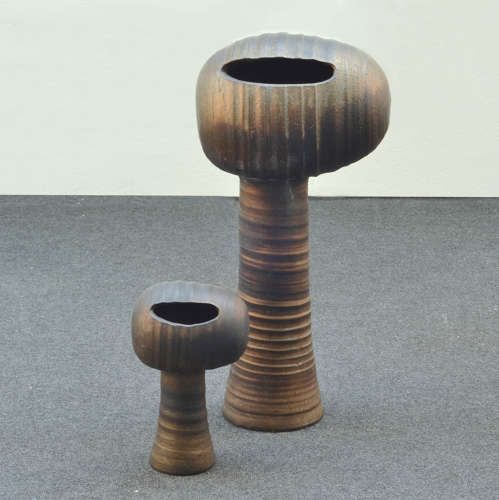 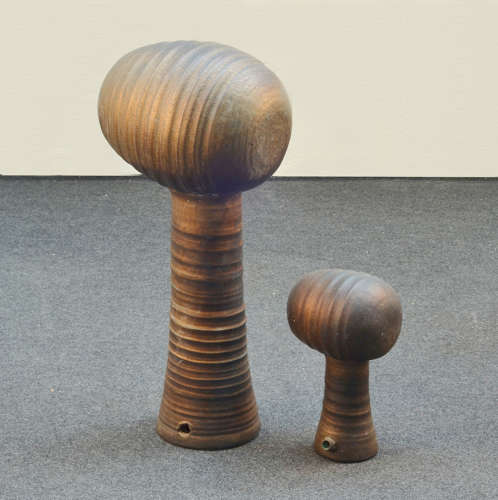 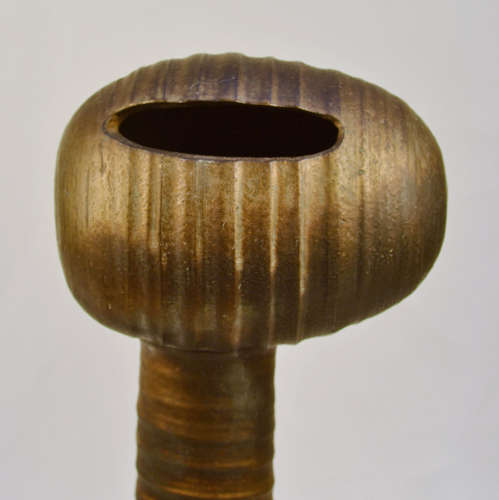 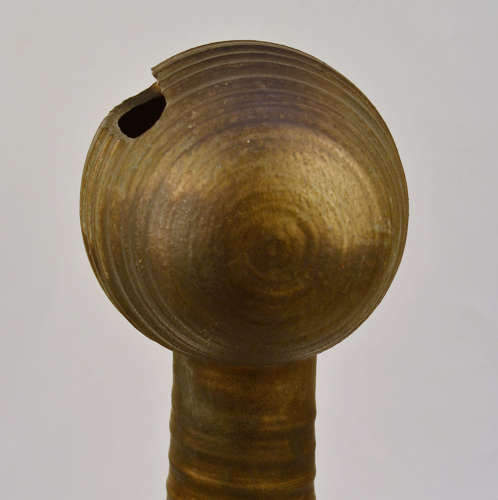 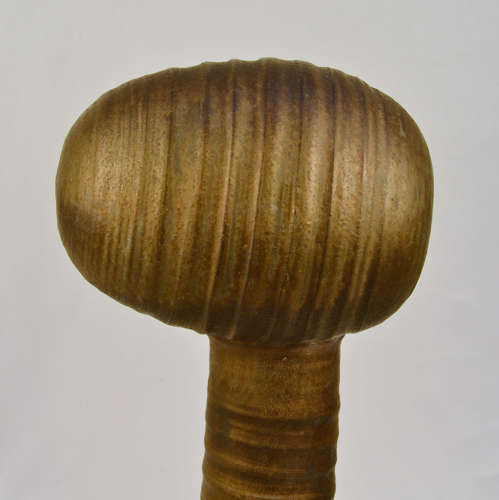 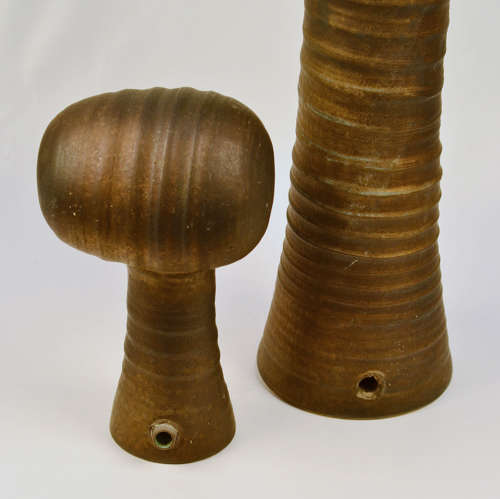 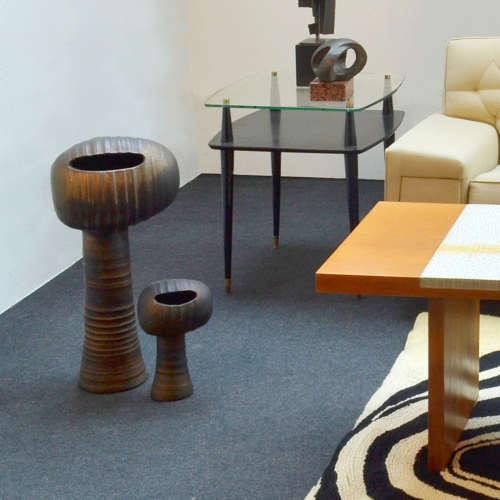 The sculptural head shaped water features hand-turned in ceramic, produced by Mobach in Utrecht during the 1960's. Mobach produced this unique mat bronze lustre glaze has a result of the production by hand and the changing conditions throughout the firing process. They can be turned into working water features. Mobach then and now is seen as the royal family Dutch of ceramics. This grand family has been involved in ceramics for five over generations. The turning point of Mobach’s history was in 1895 when the family's pottery business was moved to Utrecht. Utrecht became the birth place where Mobach became known for creating artistic high-quality ceramics with unique glazes, produced by some of the best potters in Dutch 20th century history.

Place of Origin: The Netherlands