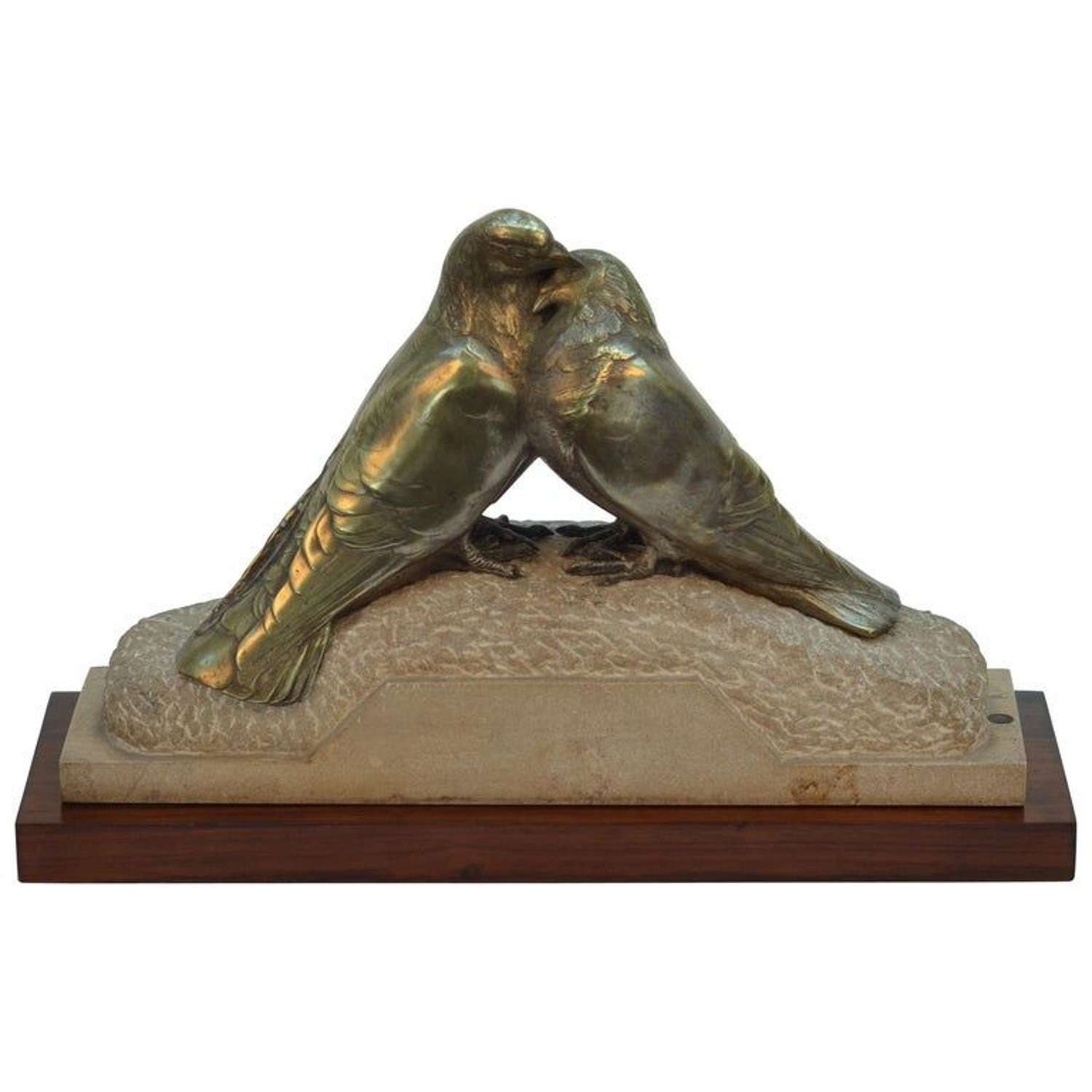 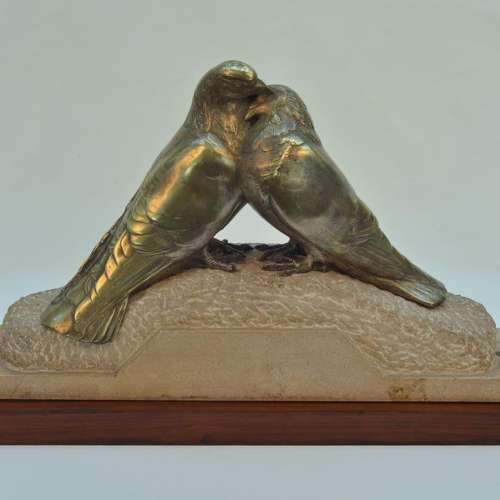 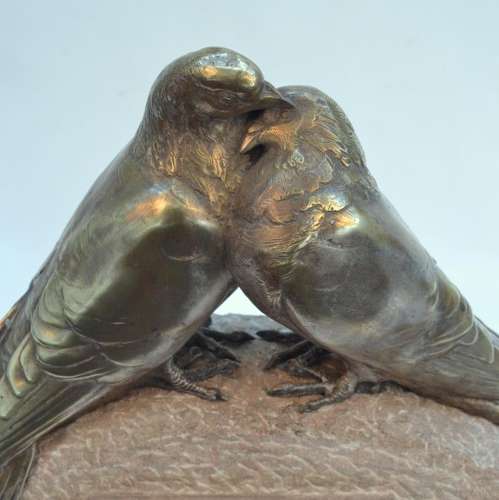 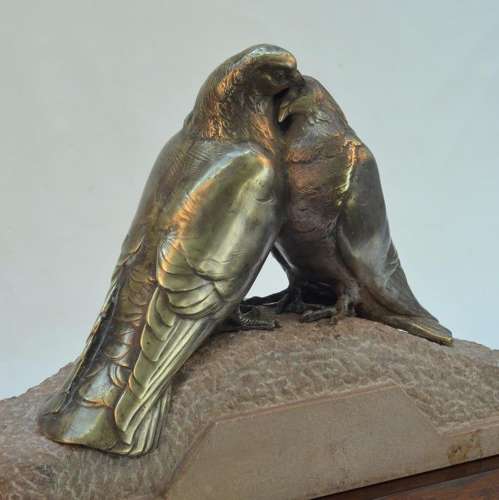 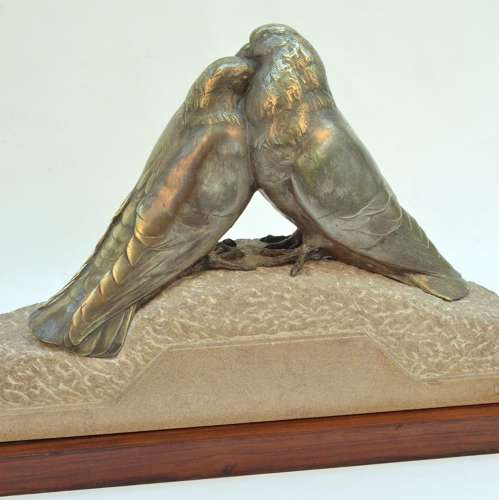 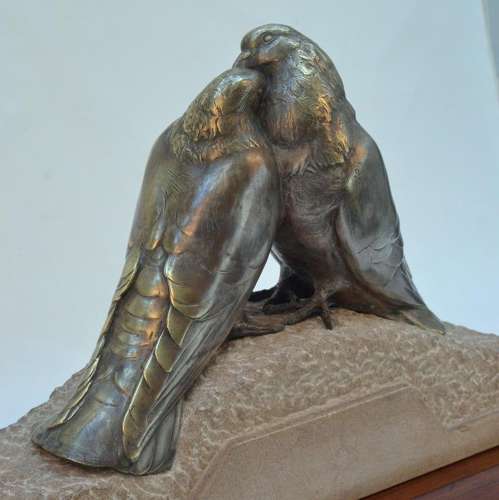 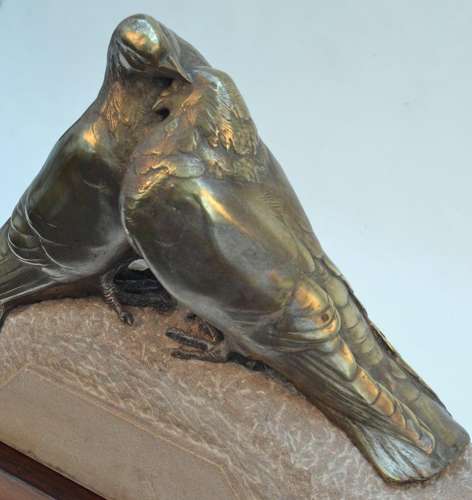 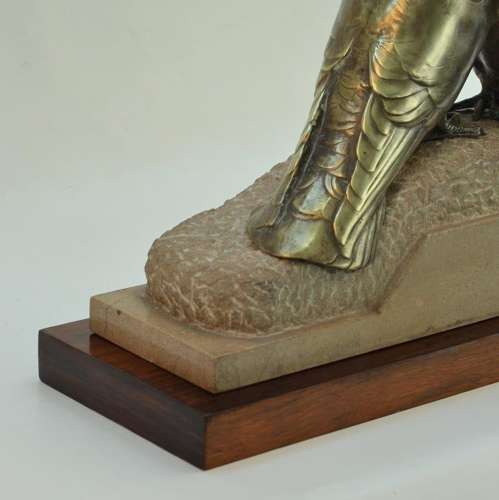 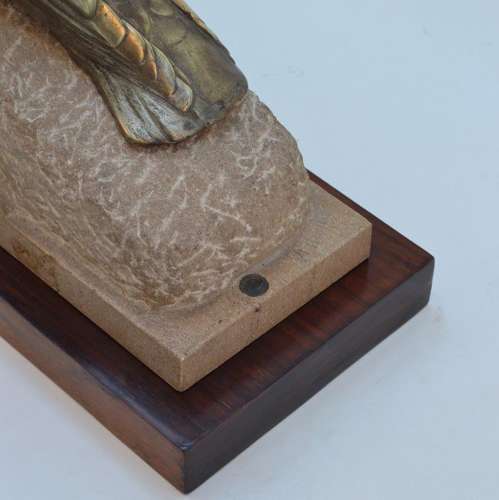 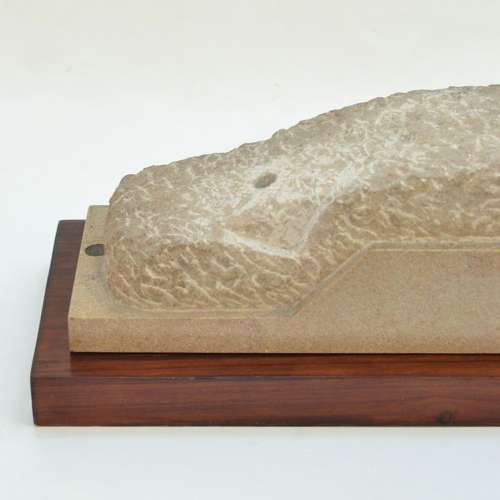 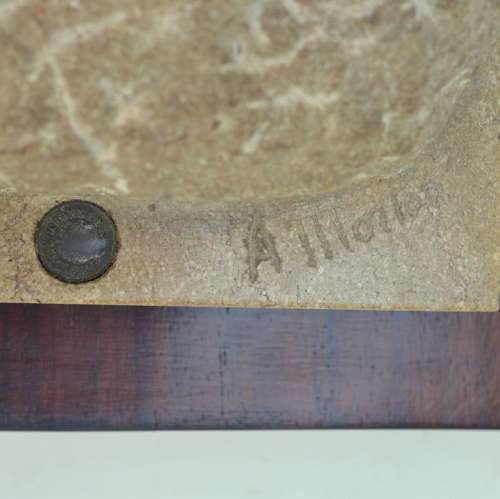 Colombes amourueses, air of embracing Doves was sculpted by Pierre Alexandre Morlon. These remarkable carved birds are nuzzling perched on a carved marble stone base which sits on a mahogany wooden plinth. The bronze is part silvered. The Doves historically have many strong symbolism, love and fidelity, committed partnership and teamwork between partners. The Doves is seen as a powerful spirit of beginning and renewal and lastly to watch and protect us in waking life.
Signed A Morlon on the stone with inset medaiile d’honneur circa 1930. Morlon was a sculptor and medalist born in Mâcon. Studied under Falguière (q.v.), Mercie (q.v.) and H Dubois (q.v.). Exhibited from 1900.
Morlon was commissioned by the French state for commissions including coins and medals. His mayor success was winning the competition of 1921 for the design of the memorial war coin that was distributed to millions and the new French coin design of Marianne, symbol of the French Republic that was used between 1931 en 1959.