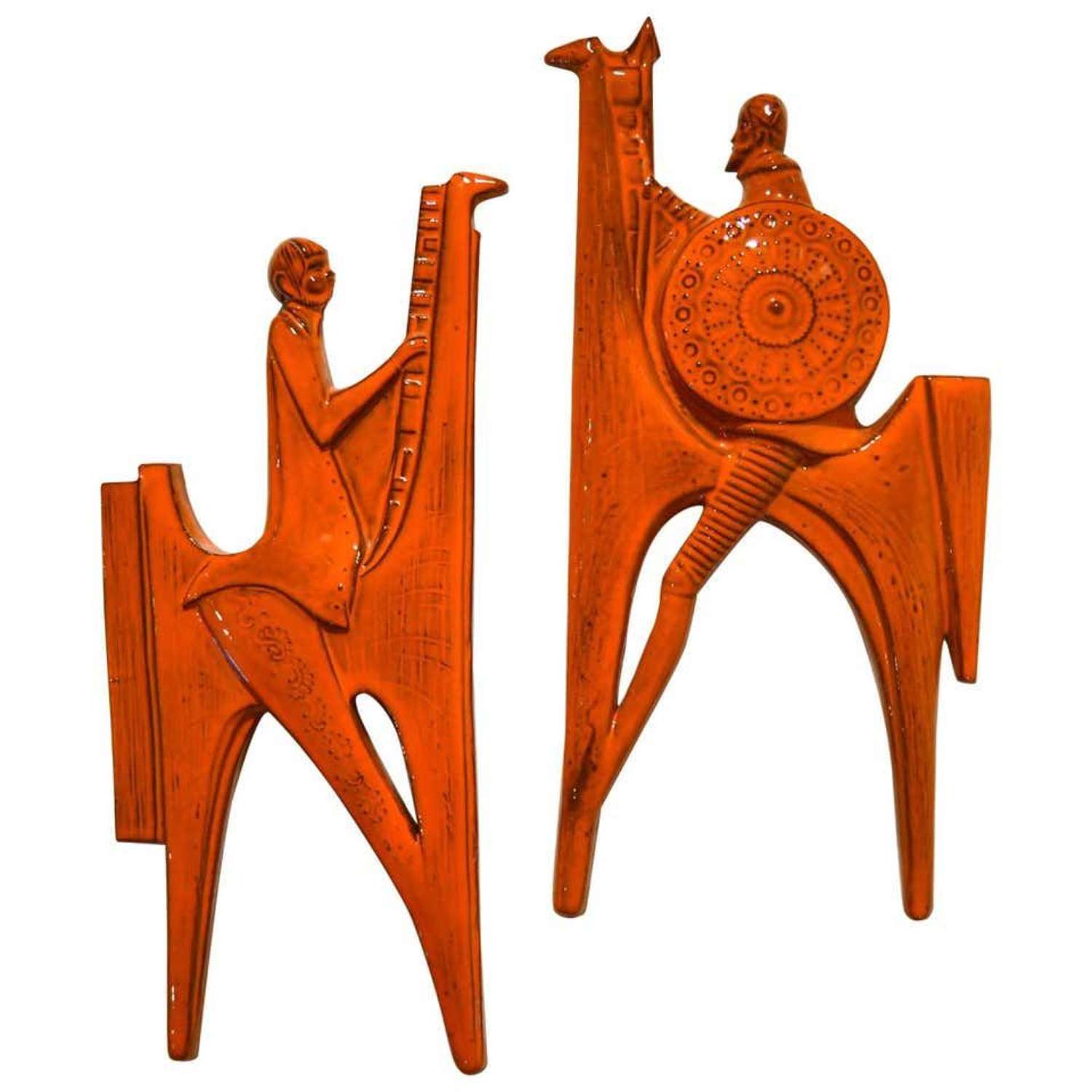 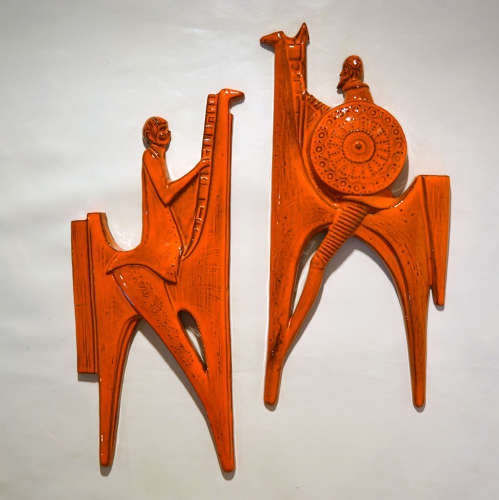 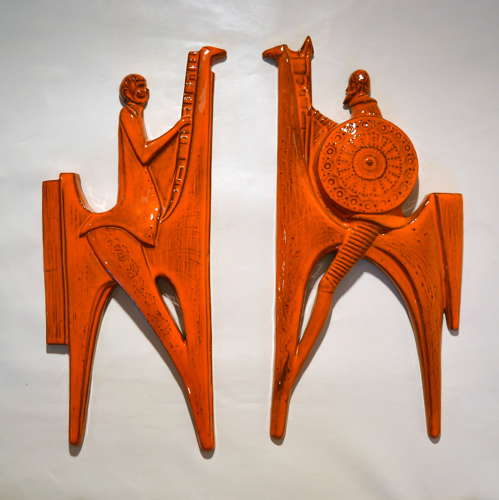 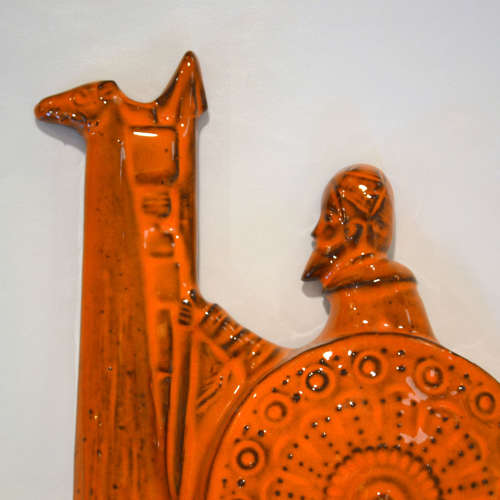 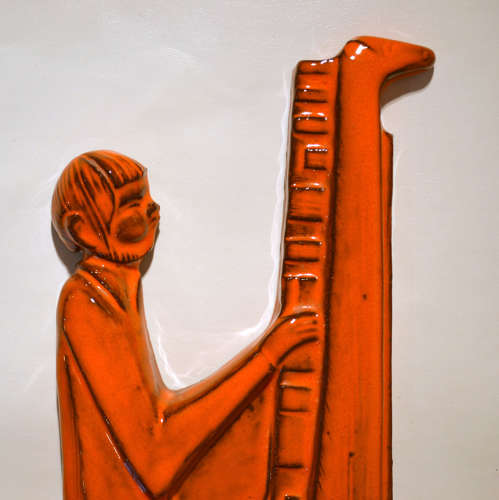 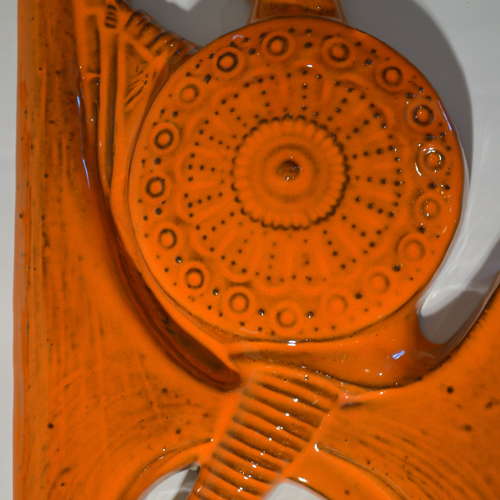 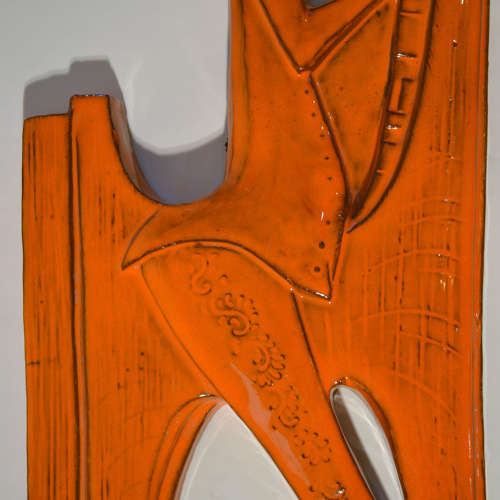 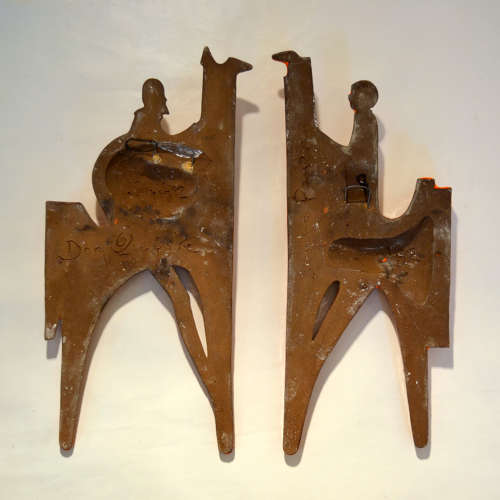 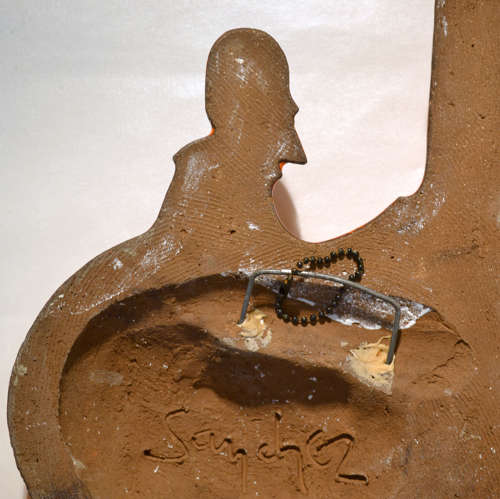 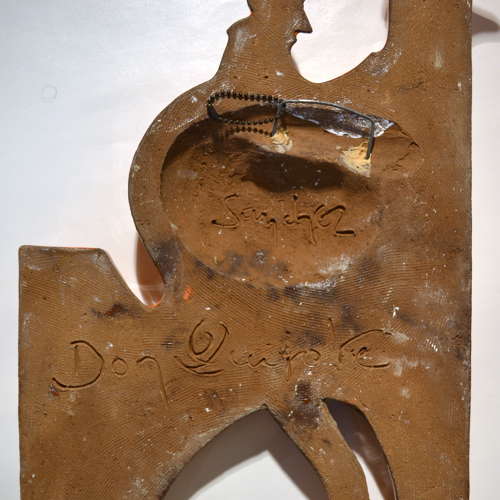 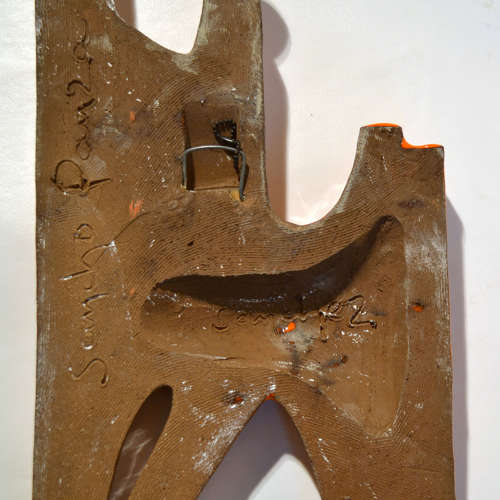 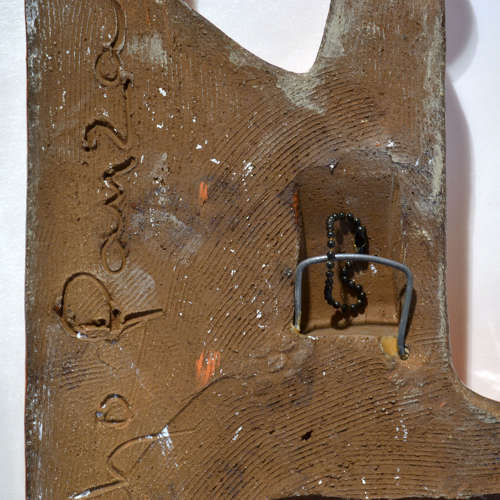 Don Quixote of La Mancha & Sancho Pancha portrayed in wall reliefs made in ceramic and glazed bright orange, 1960s Spain, signed Sanchez. They make a striking wall decoration and are easy to hang. Don Quixote is the most influential work of literature from the Spanish Golden Age (1605-1615) about the adventures of a noble from La Mancha who reads so many chivalric romances that he loses his mind and decides to become a knight-errant to revive chivalry and serve his nation, under the name Don Quixote. He recruits a simple farmer, Sancho Panza, as his squire, who has an earthy wit in dealing with Don Quixote's rhetorical monologues on knighthood imagining that he is living out a knightly story.