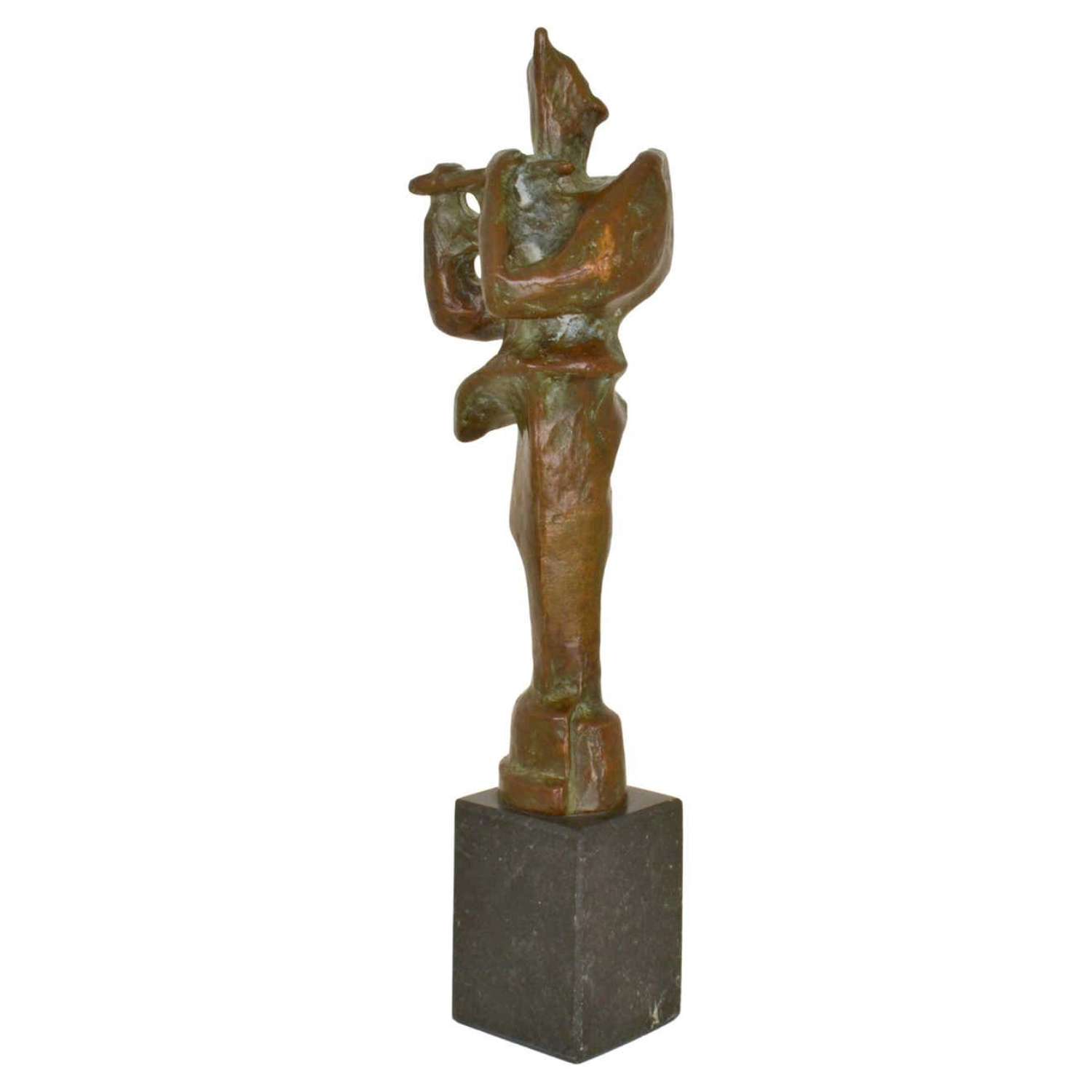 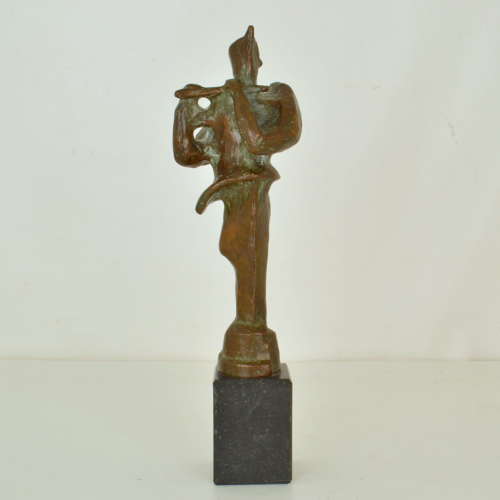 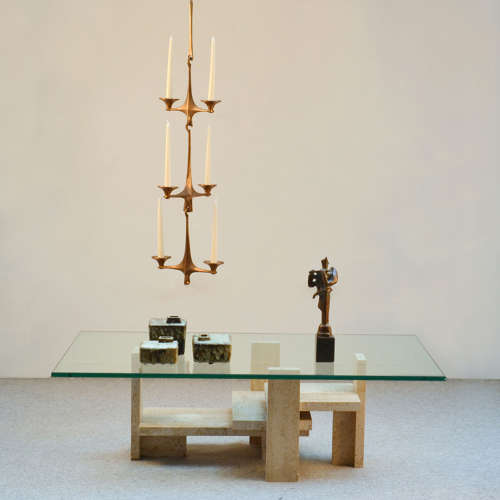 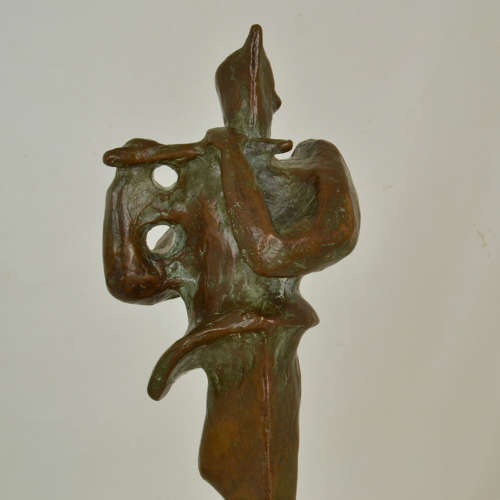 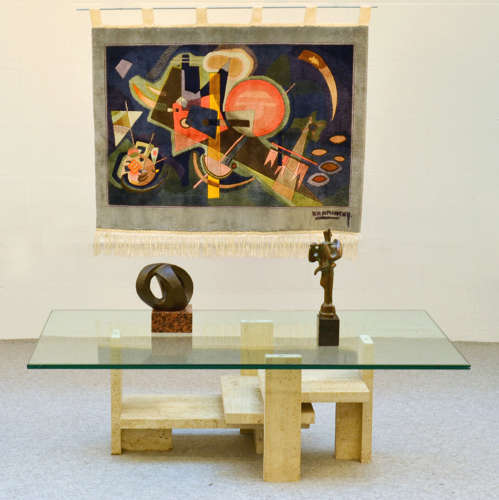 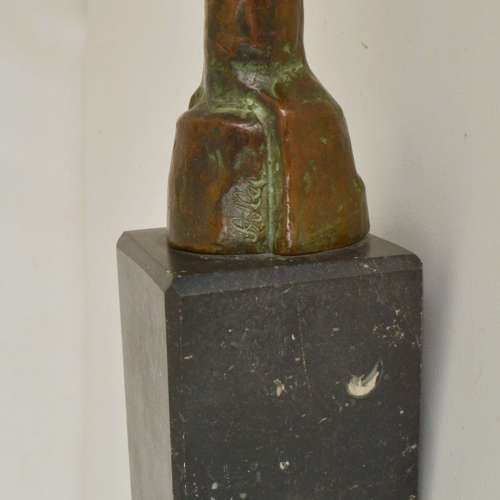 Sculpture of a flute player is cast in bronze stands on a black marble base by Adler 1960's. It is expressive with its original patina and will make a beautiful feature. There are many mythological stories involving the flute player. In ancient Greek Pan is the god of the wild nature of mountain wilds, rustic. Music and impromptus companion of the nymphs. Pan is connected to fertility and the season of spring. There is a story which concerns Syrinx, a beautiful wood nymph. She flees from Pan and her fellow goddesses turn her into a river reed in order to hide her from him. The winds blow through the reeds, they make a sweet musical sound. Because he does not know which reed Syrinx is in he cuts several from reeds from the group and set them in a line to make the musical instrument, the pan flute. Pan’s image is often depicted with this instrument. A modern take on 'The Pied Piper of Hamelin' is the titular character of a legend from the town of Hamelin, Lower Saxony, Germany. This legend dates back to the Middle Ages, describing a piper, dressed in multicoloured clothing who was a rat-catcher hired by the town to bait rats away with his magic pipe. When the citizens refuse to pay for this service as pledged, he strikes back by using his magical flute on their children, bewitching them away from their family. This version of the story spread as folklore and has appeared in the writings of Johann Wolfgang von Goethe, the Brothers Grimm, and Robert Browning.

Style Mid-Century Modern (Of the Period)