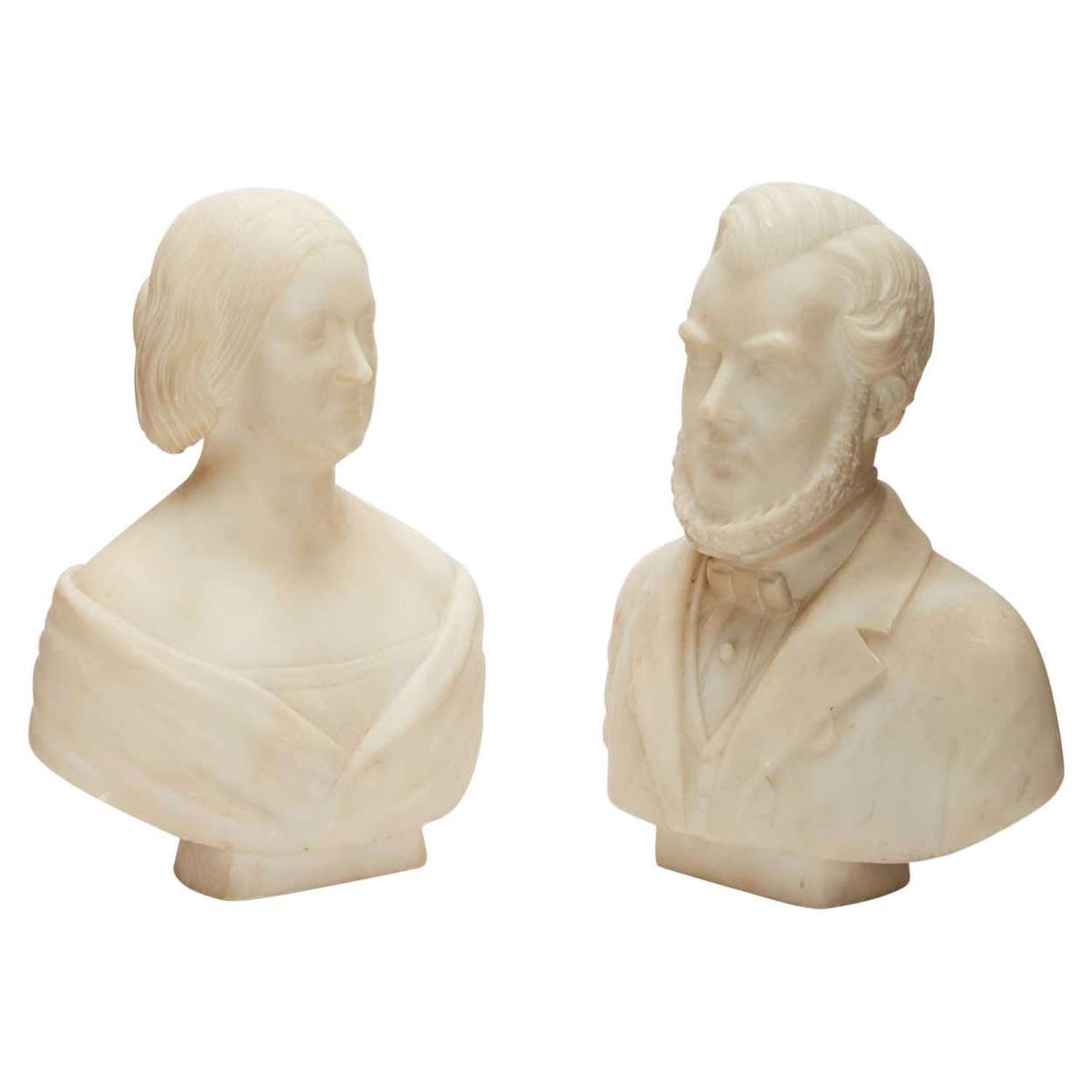 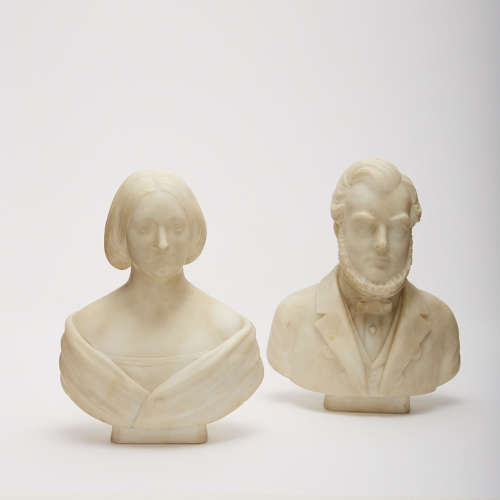 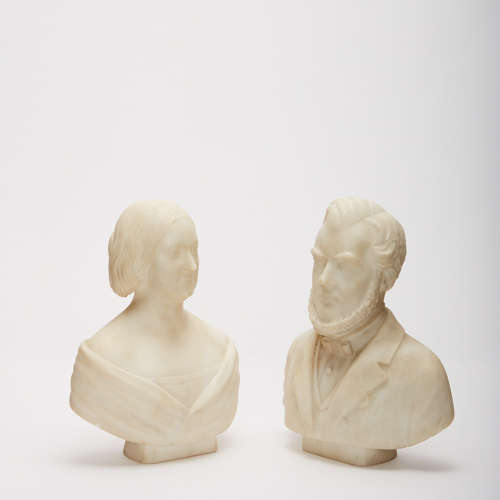 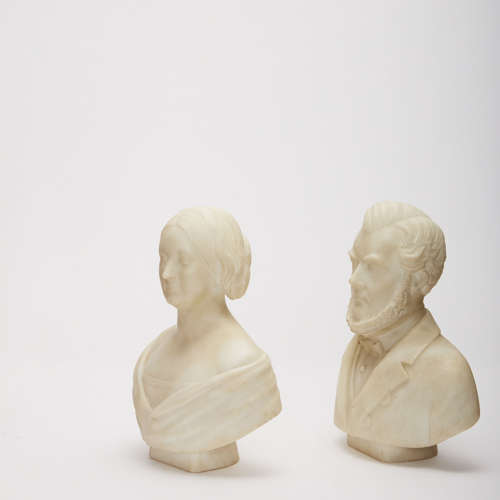 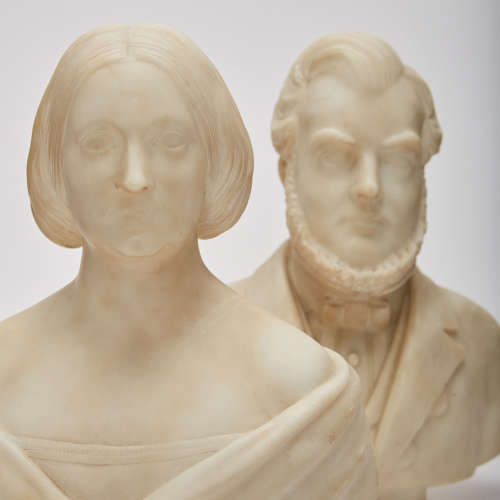 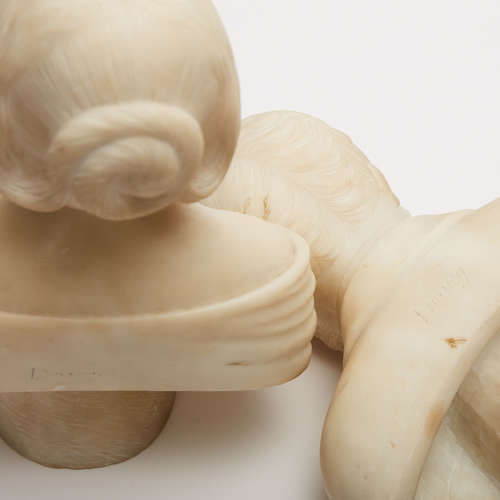 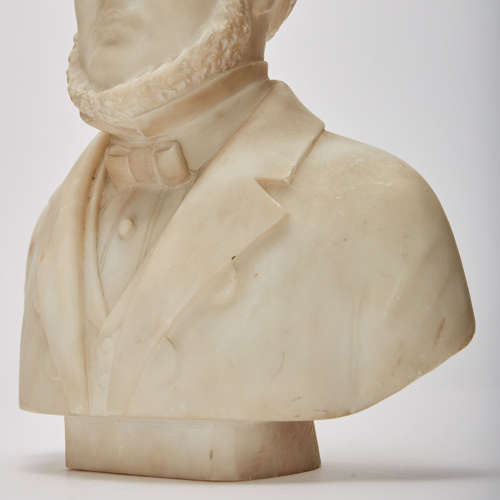 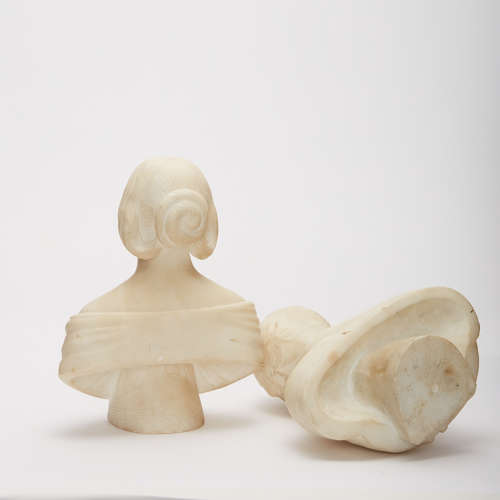 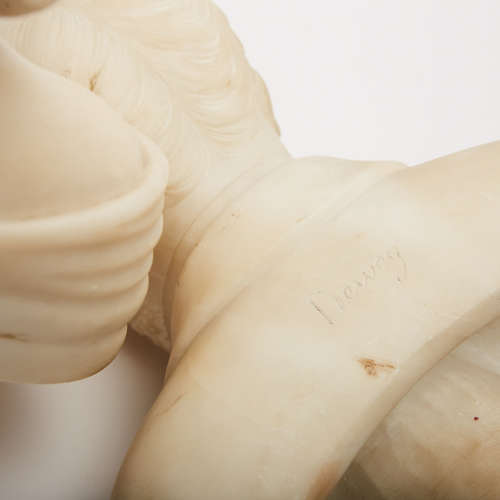 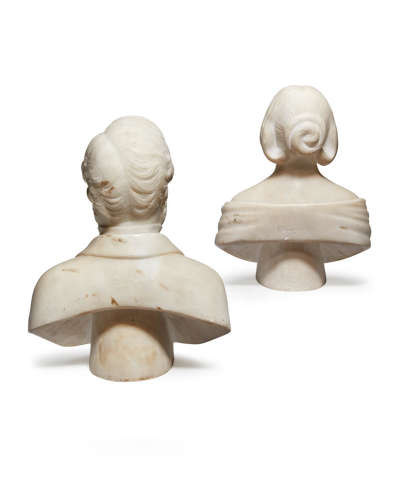 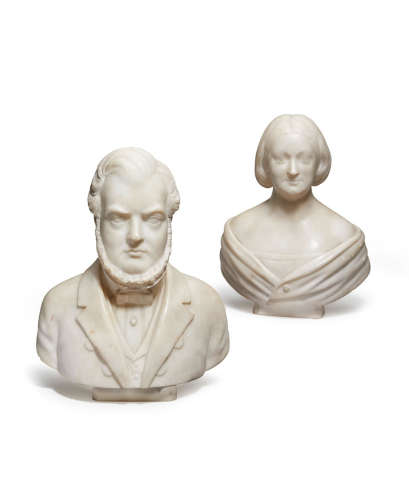 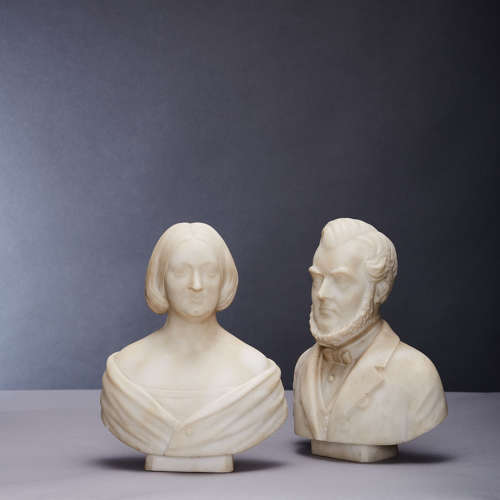 Two busts of male and female couple carved in marble, Biedemeier style American second half of 19th century, signed on reverse of each carved 'Dewey'. Two Portrait of a well to do couple firmly telling the America they have arrived and are upstanding. The hand carved marble busts are skillfully detailed and take you on a journey of the fruitiness of Middle America’s historic past. The carvings was created in the Biedermeier period in the mid 19th century. This was a period between Neoclassicism and Romanticism as it was interpreted by the bourgeoisie. The Biedermeier style became popular in, Austria, northern Italy, and the Scandinavian countries but also had some influence in America.

Style: Biedermeier (Of the Period)