A set of three hand formed ceramic sculptures of cubes with crater formed openings on two planes by Mobach Studio in the Netherlands in the 1980's. Mobach ceramics are produced by the best potters in Dutch 20th century history. The mauve and grey glazes accentuate the outlines and rough edges of the cracks. From the 1895 Mobach has had a reputation for the production of unique ceramics, handmade with a modern design, made in either small batches or as a one-off. The ceramics are either thrown on the wheel or shaped by hand; the glazes through a chemical process in the firing change so that each ceramic is unique. All ceramics get the Mobach stamp, and each one-off is signed by the maker. Individual heights and widths; 18, 13.5, 10 cm. 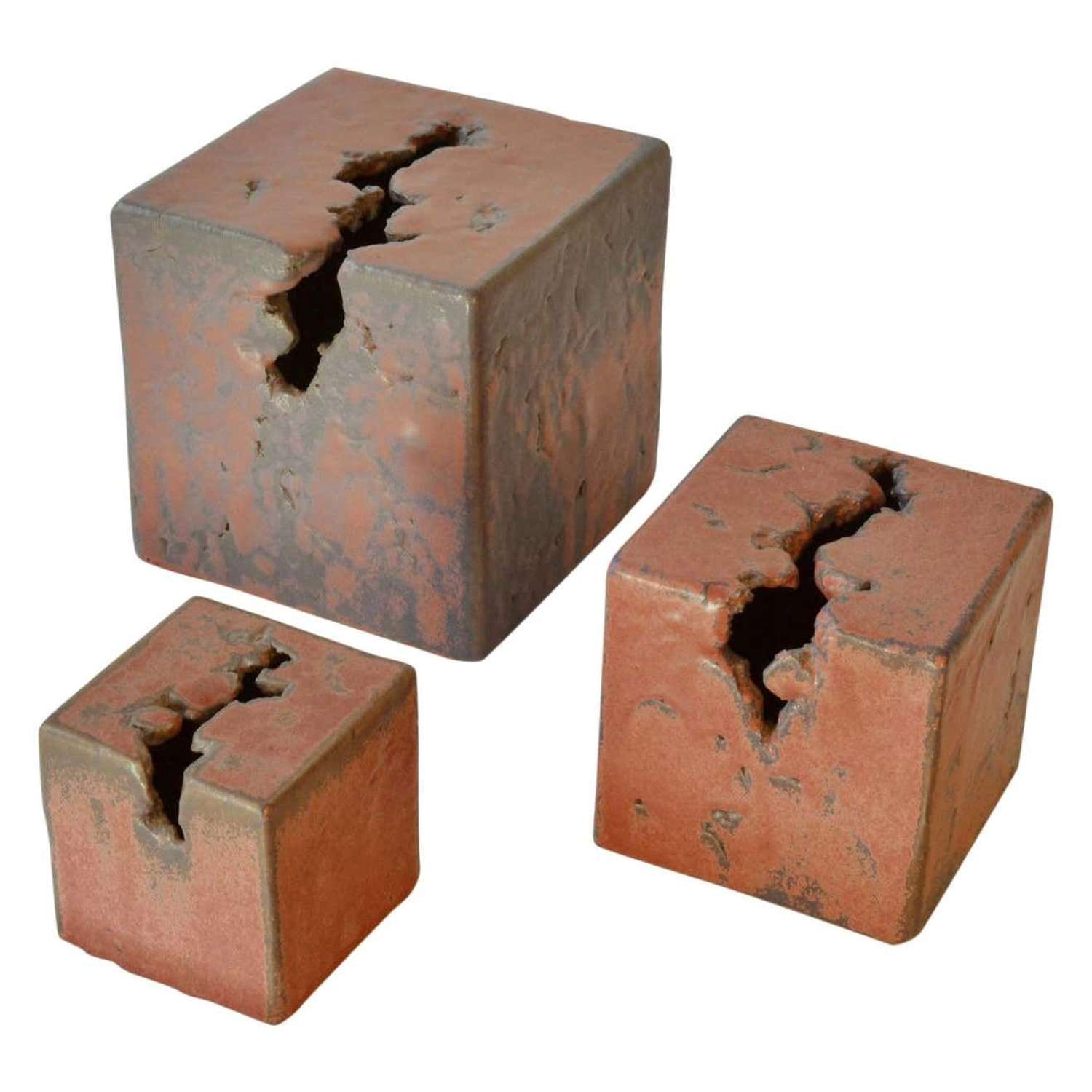 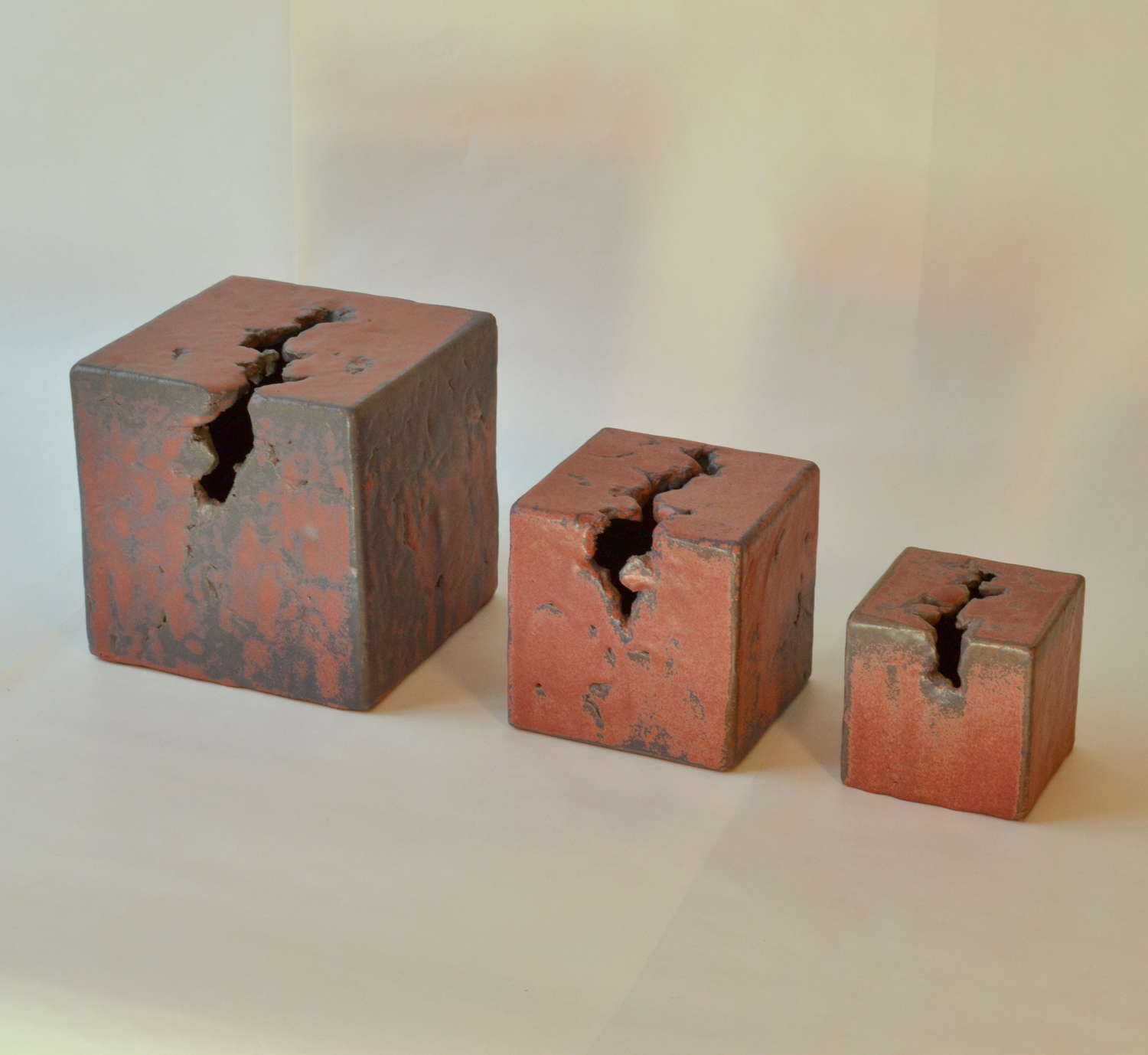 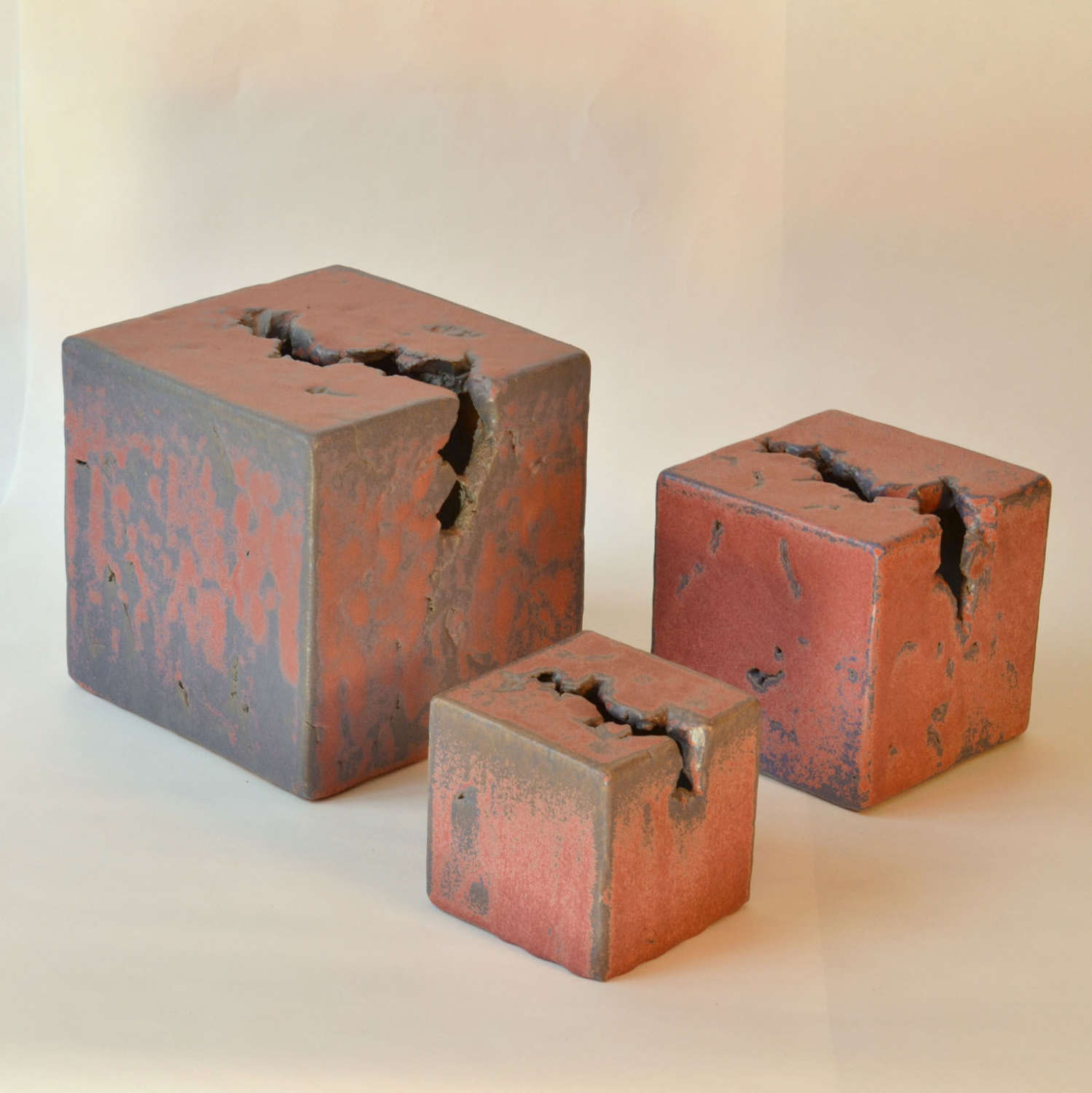 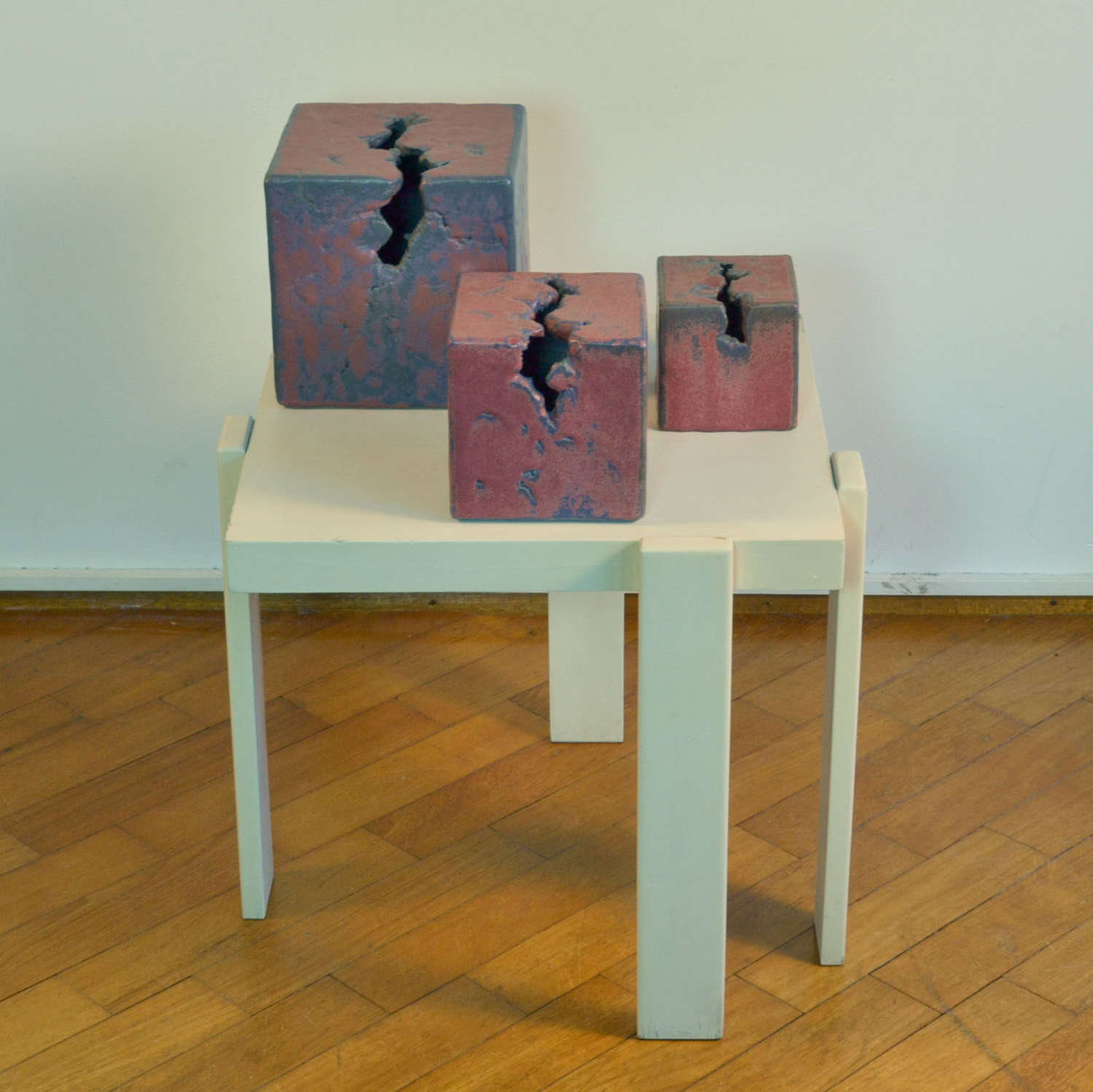 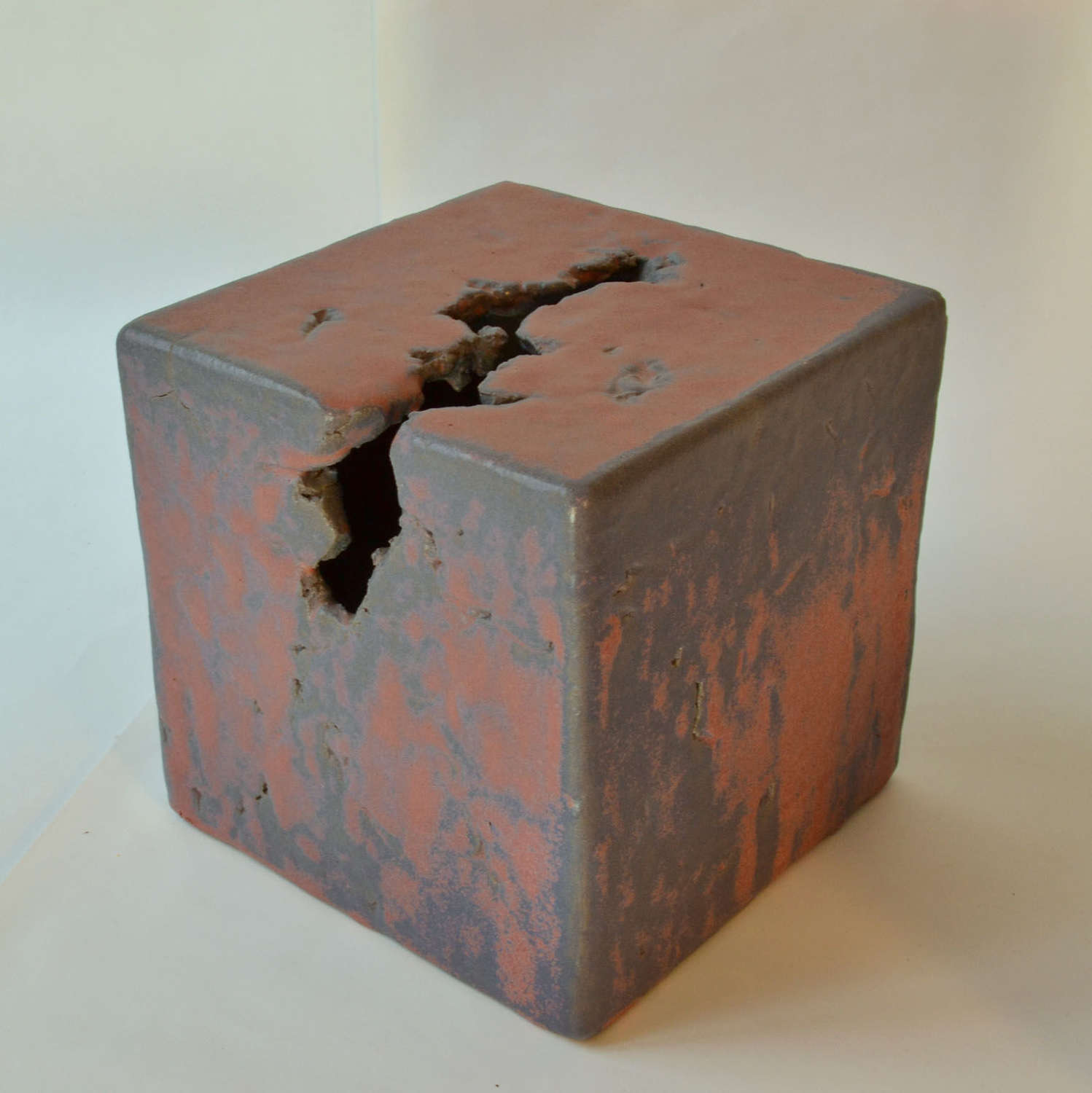 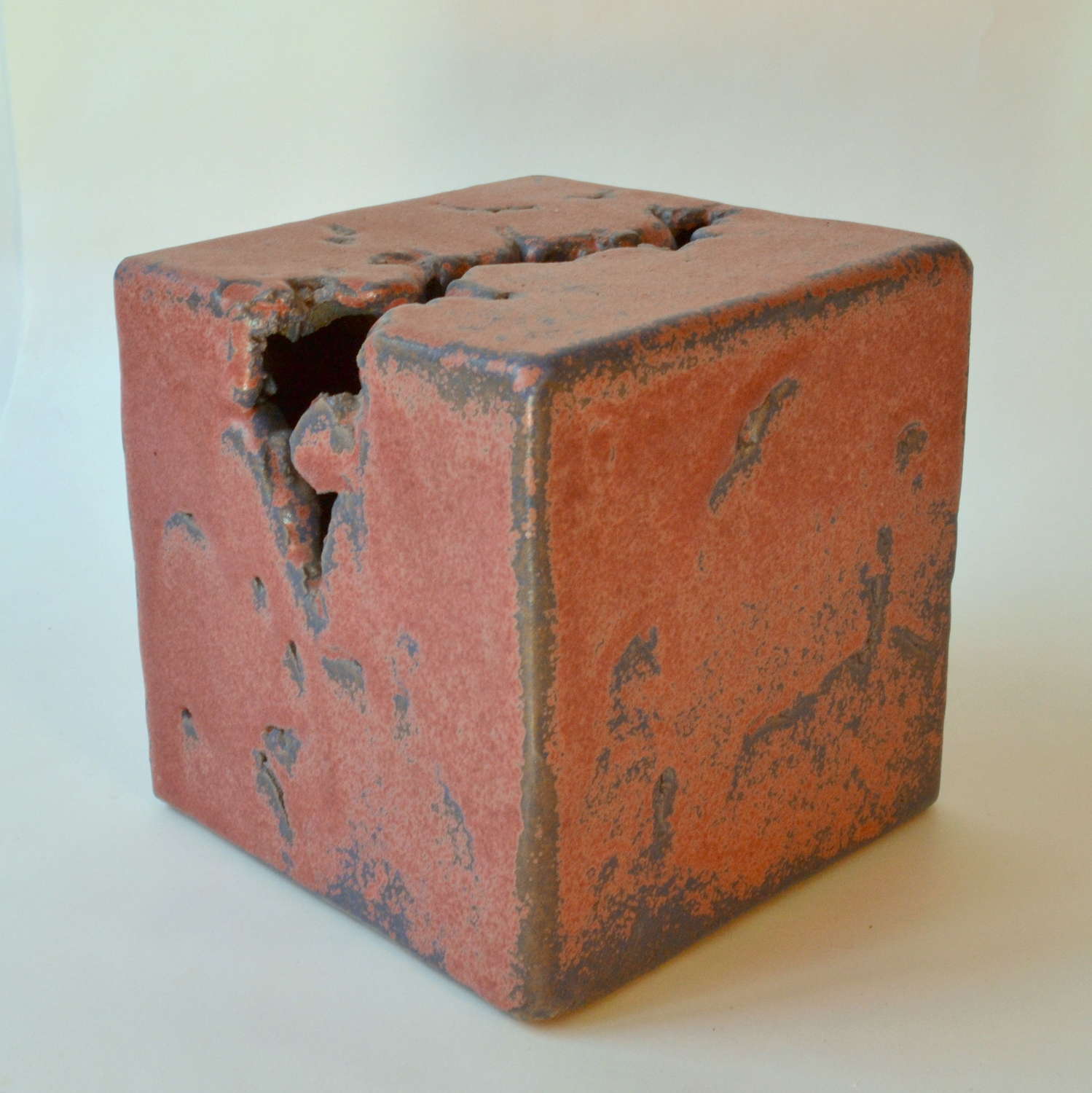 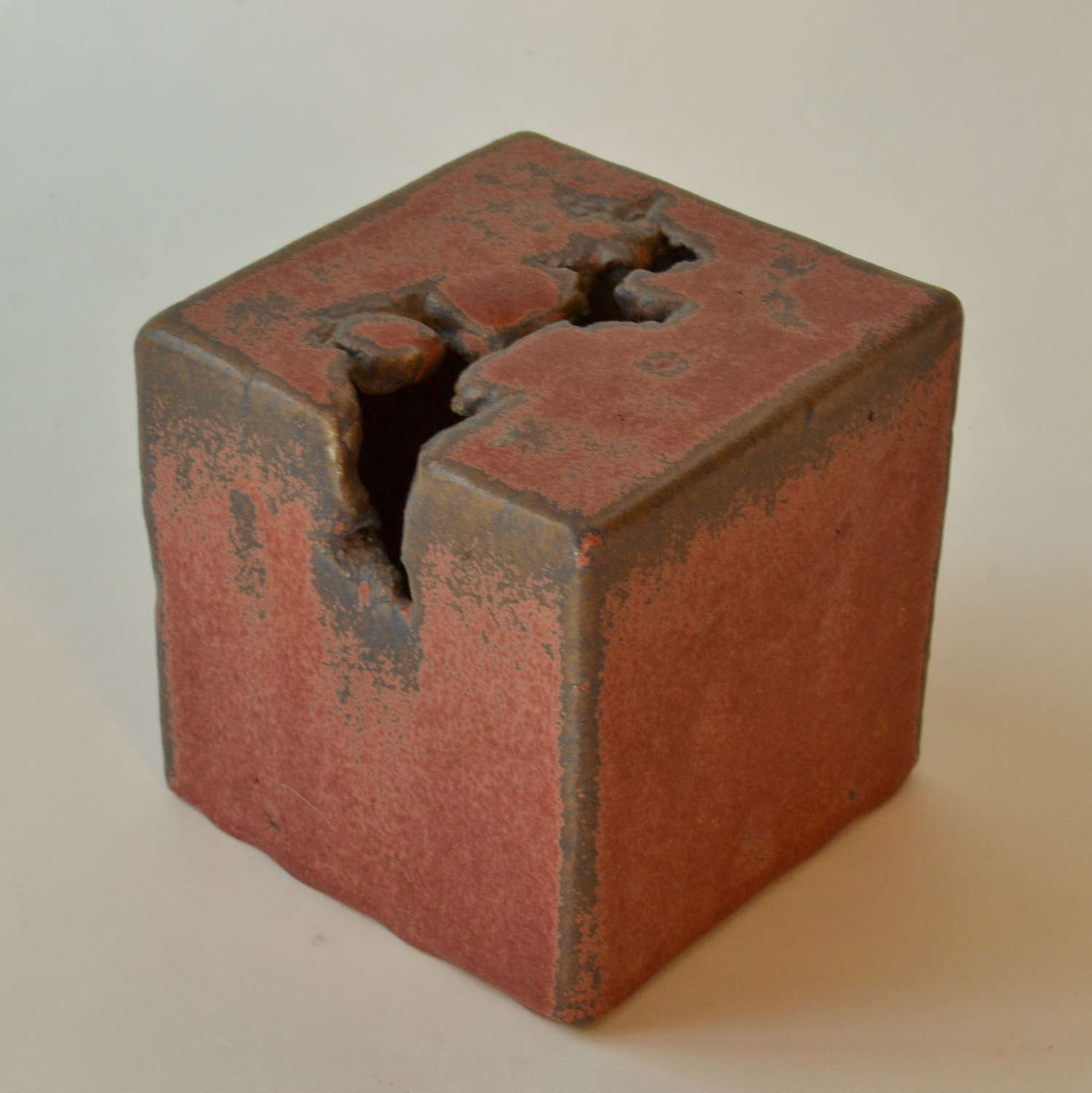 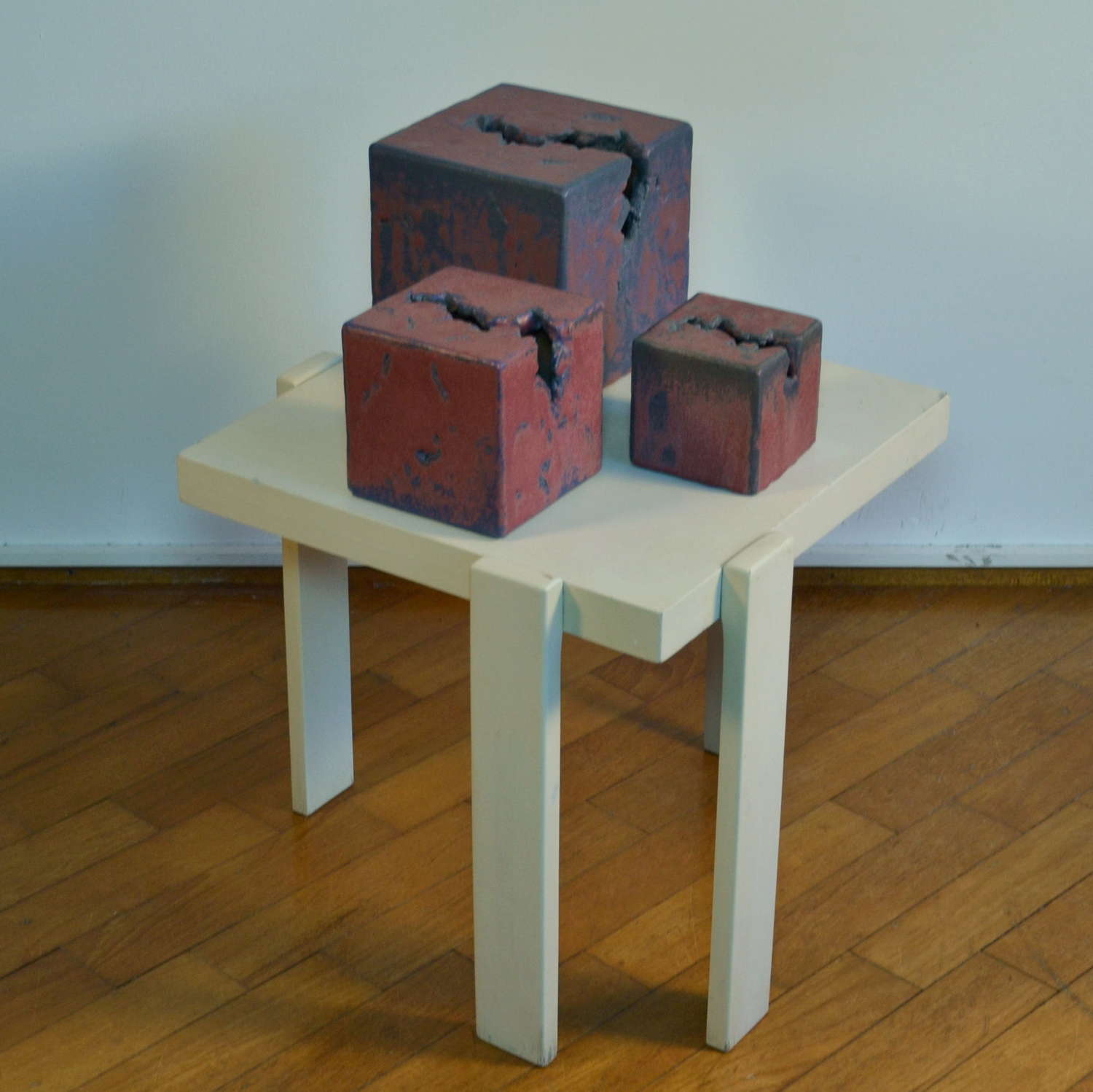 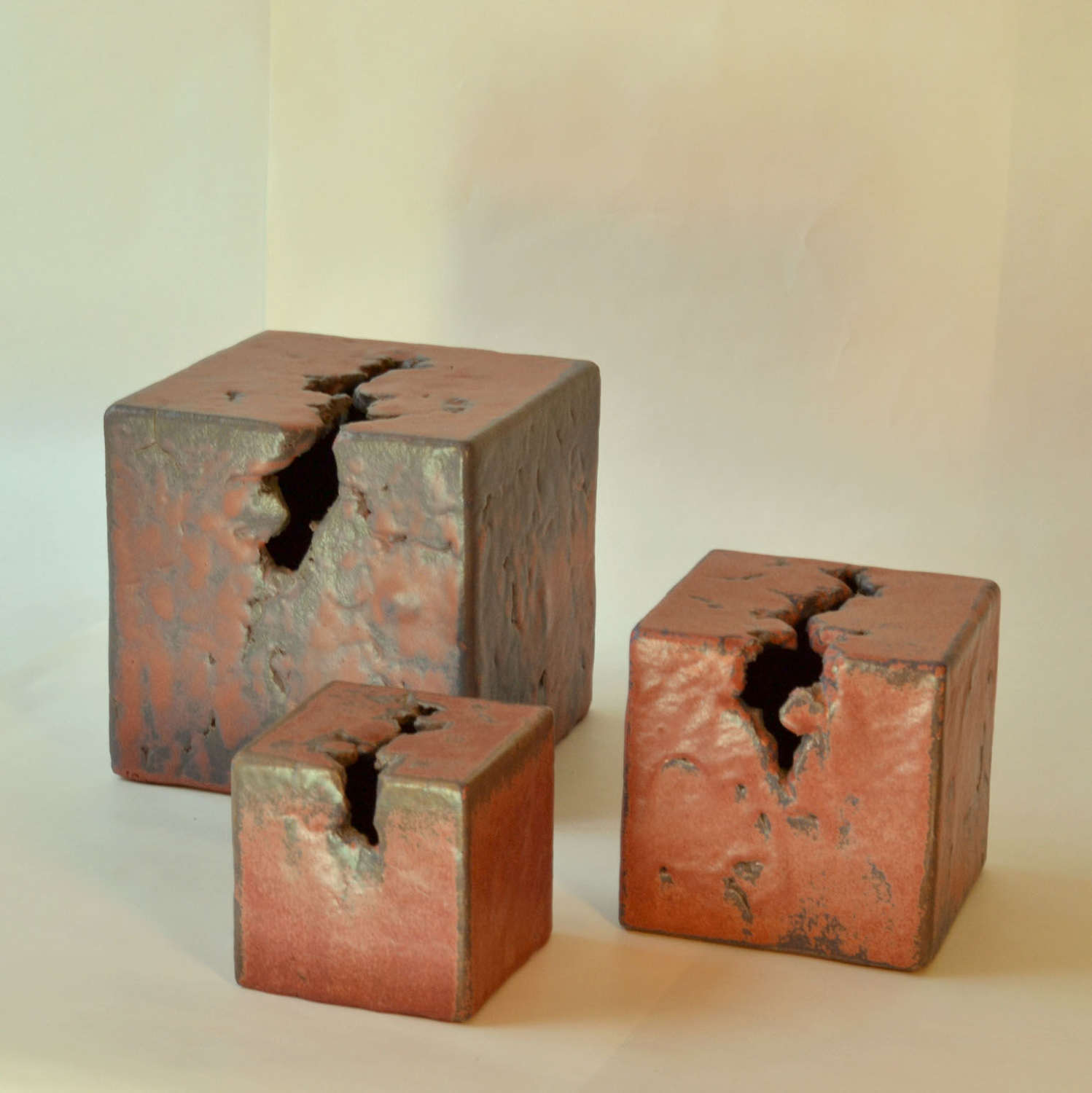