Elegant rectangular brass coffee table with oxidized mirrored glass that sits on top. The four reeded legs are joined together by two bowed rectangular stretchers joined by two square central finials. The straight shaped table leg as a series of rounded ridges or grooves running vertically at regular intervals around the bar. This design was modeled after ancient Greek and Roman columns. A design that was popularized in the later Neoclassical, Regency, and Empire periods then developed around the turn of the 19th century. By the mid 20th century resurgence in the classical look it became popular again in the 1960's and 1970's particularly in brass and bronze.

Style: Hollywood Regency (Of the Period) 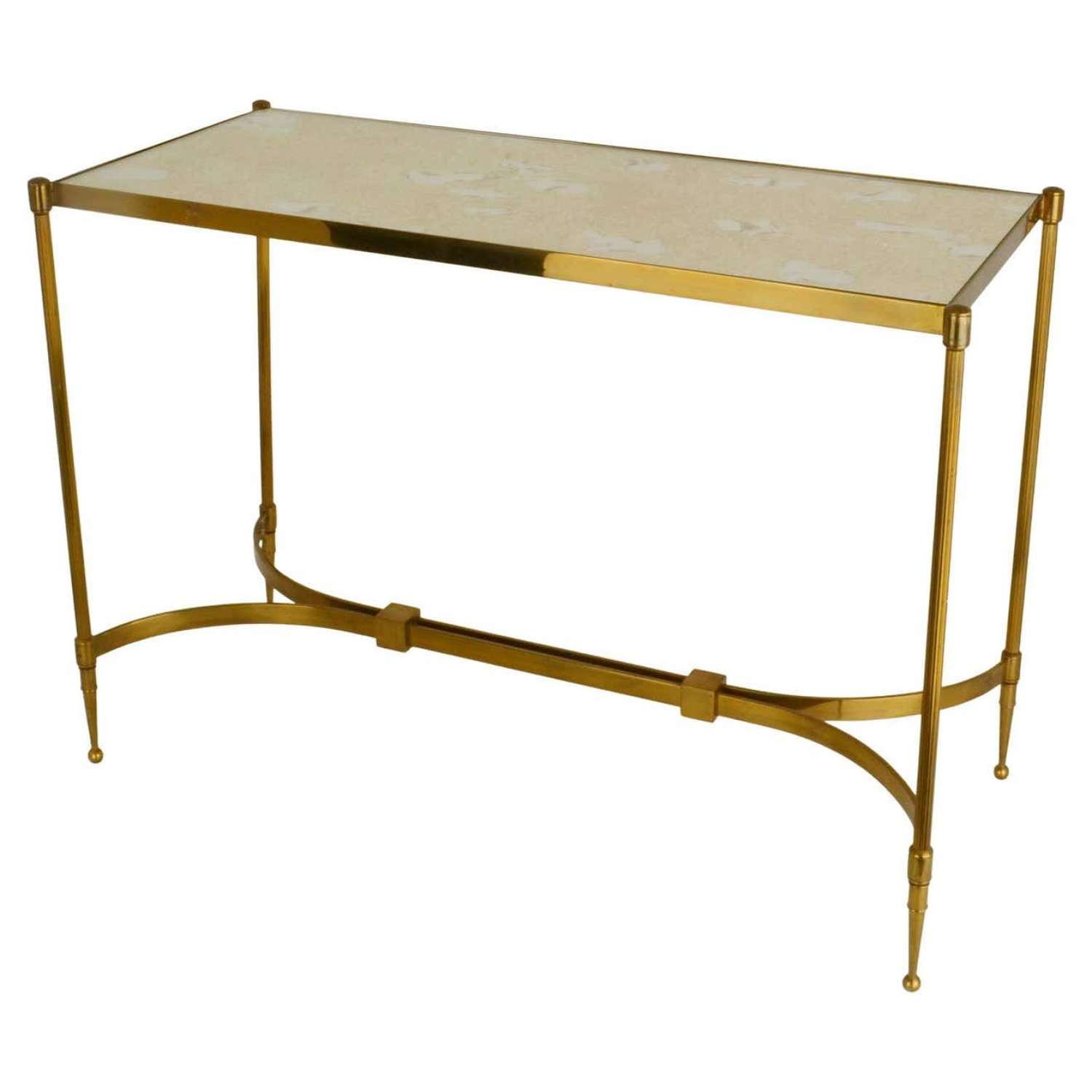 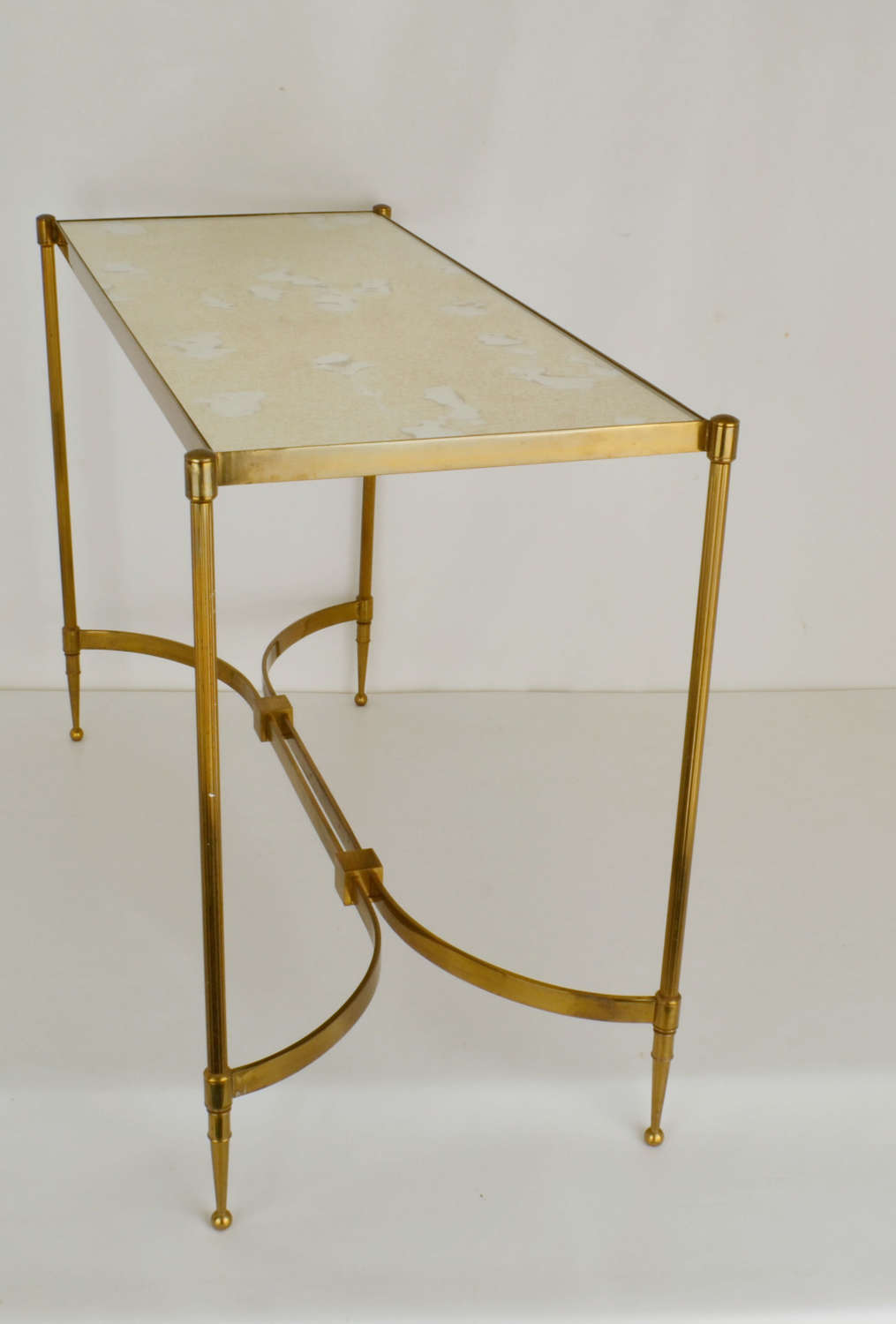 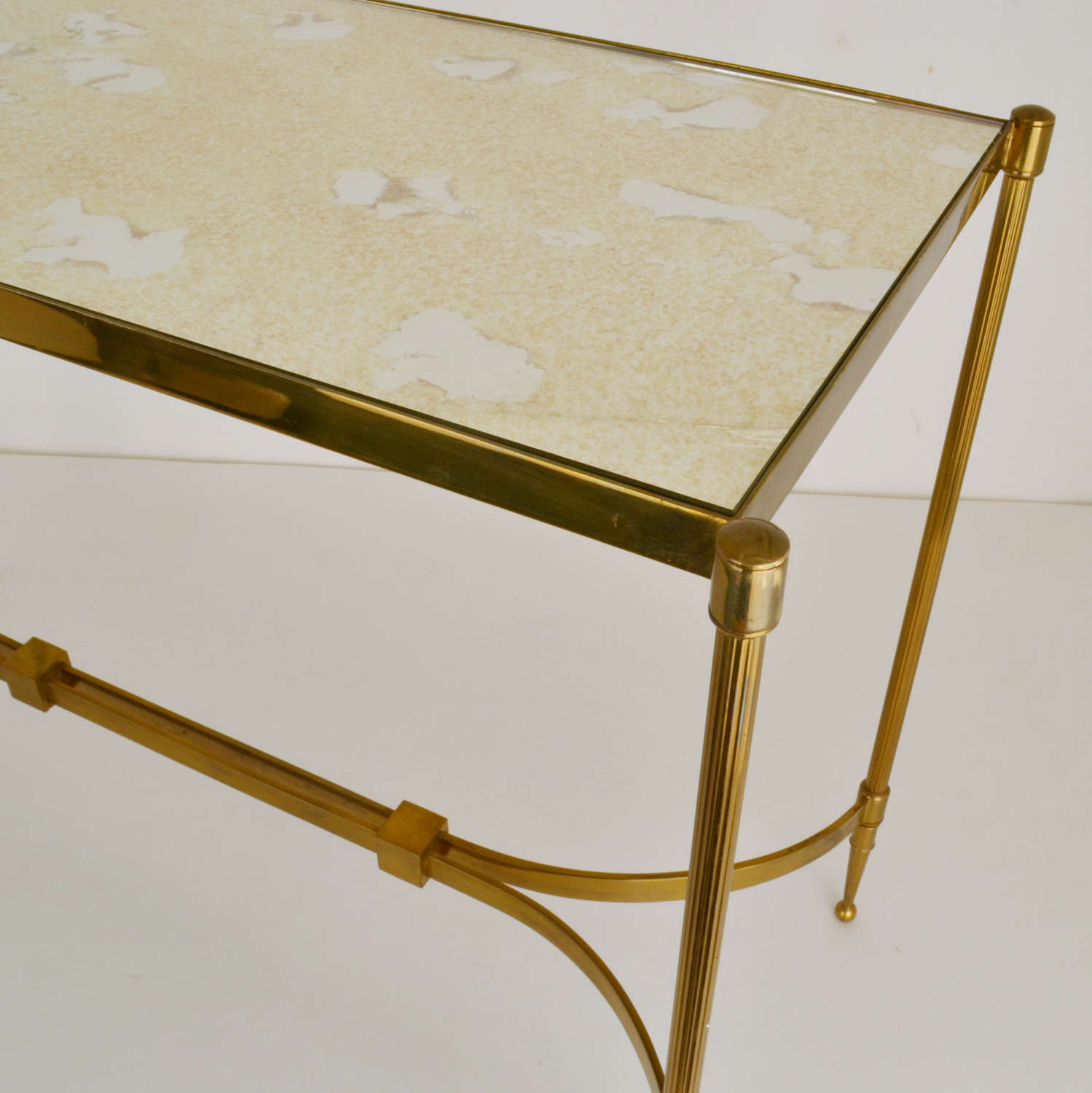 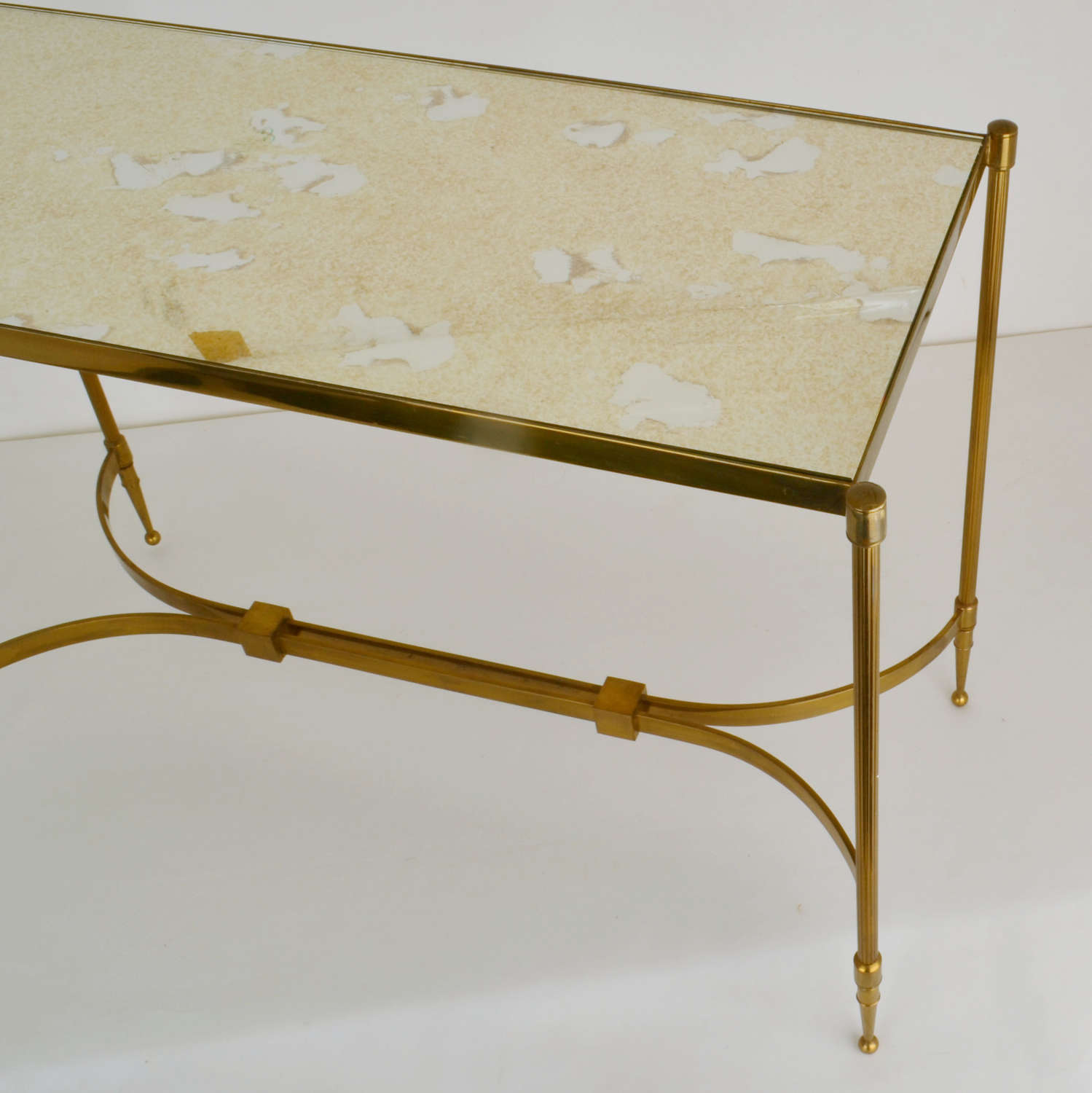 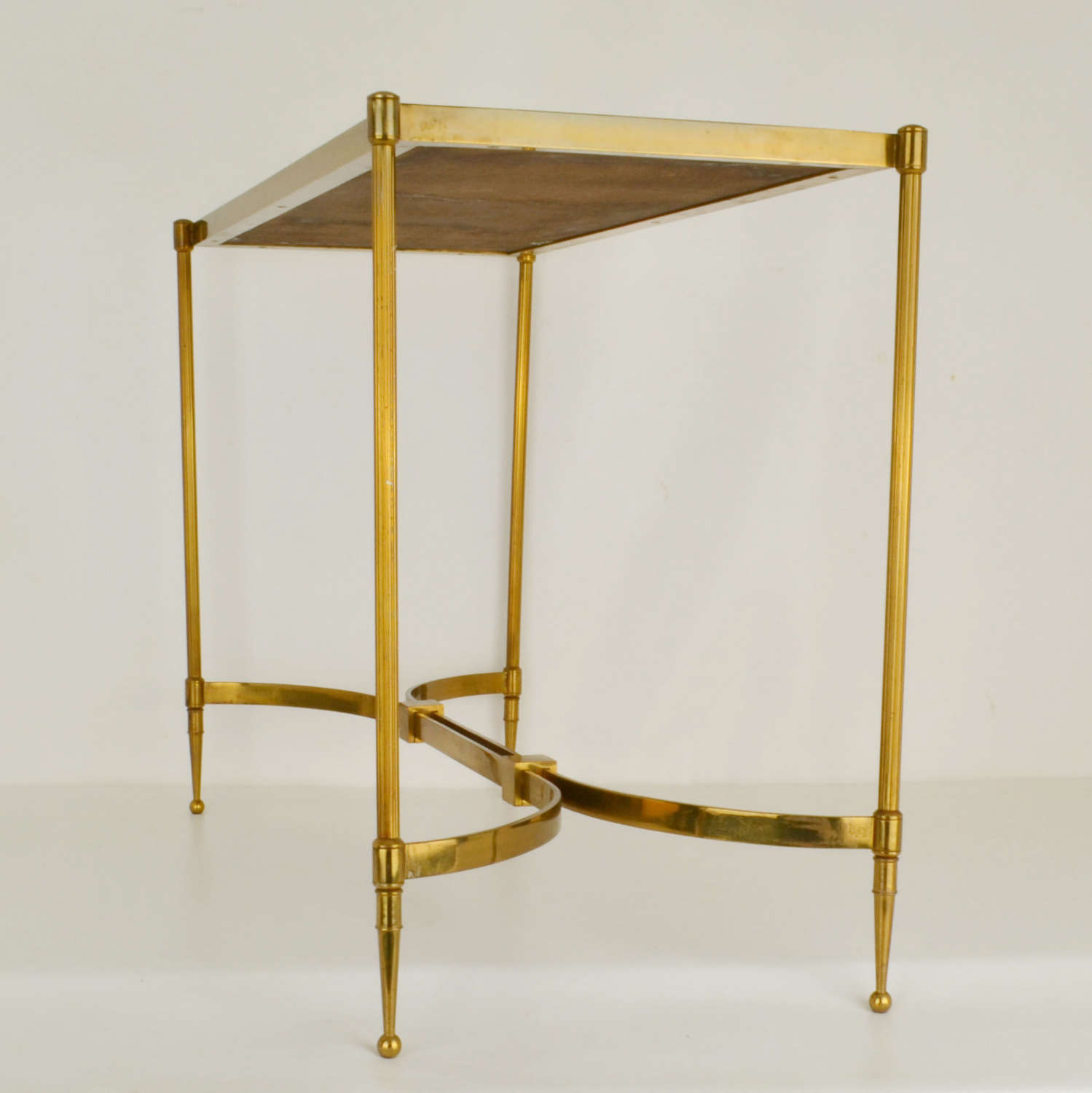 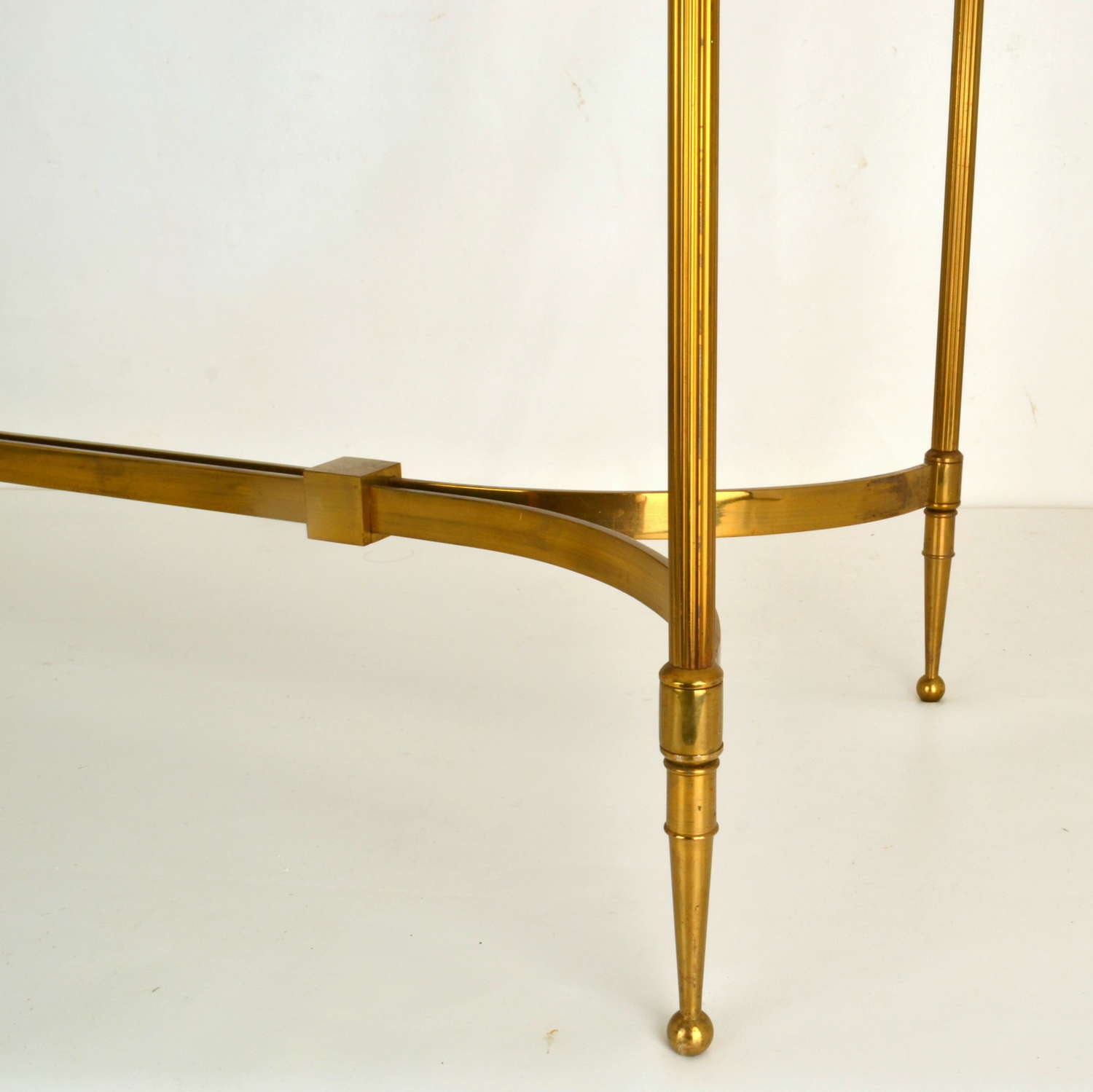 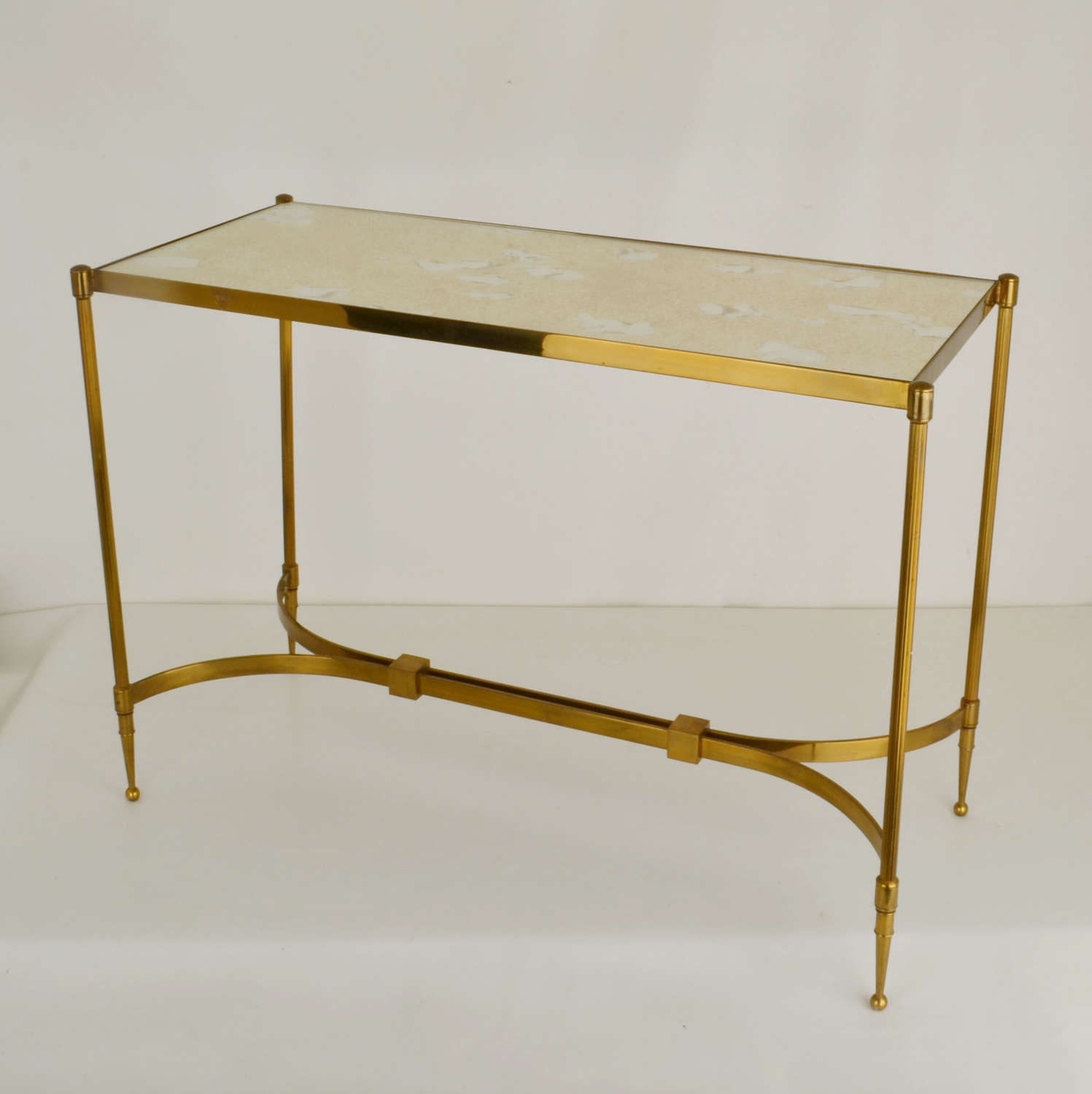