The Italian bamboo sunburst wicker wall mirror has been modelled in the style of Franco Albini circa 1960's. This refined mirror is handcrafted using a complexion weaves in a series of horseshoe-shaped projections around the frames edge. The bamboo crown protrudes away from the walls surface. This technique and style is rooted in Chinese and Japanese weaving dating back to the Ming Dynasty (1368-1644) and the 16th century Japan. The Italian architect Albini was born in 1905 and he created some of the most iconic 20th century furniture from bamboo, wicker and rattan. In France Jacques Adnet (1900-1984), was a French art deco modernist designer, architect who also worked in bamboo furniture which influenced design into the 1960's. 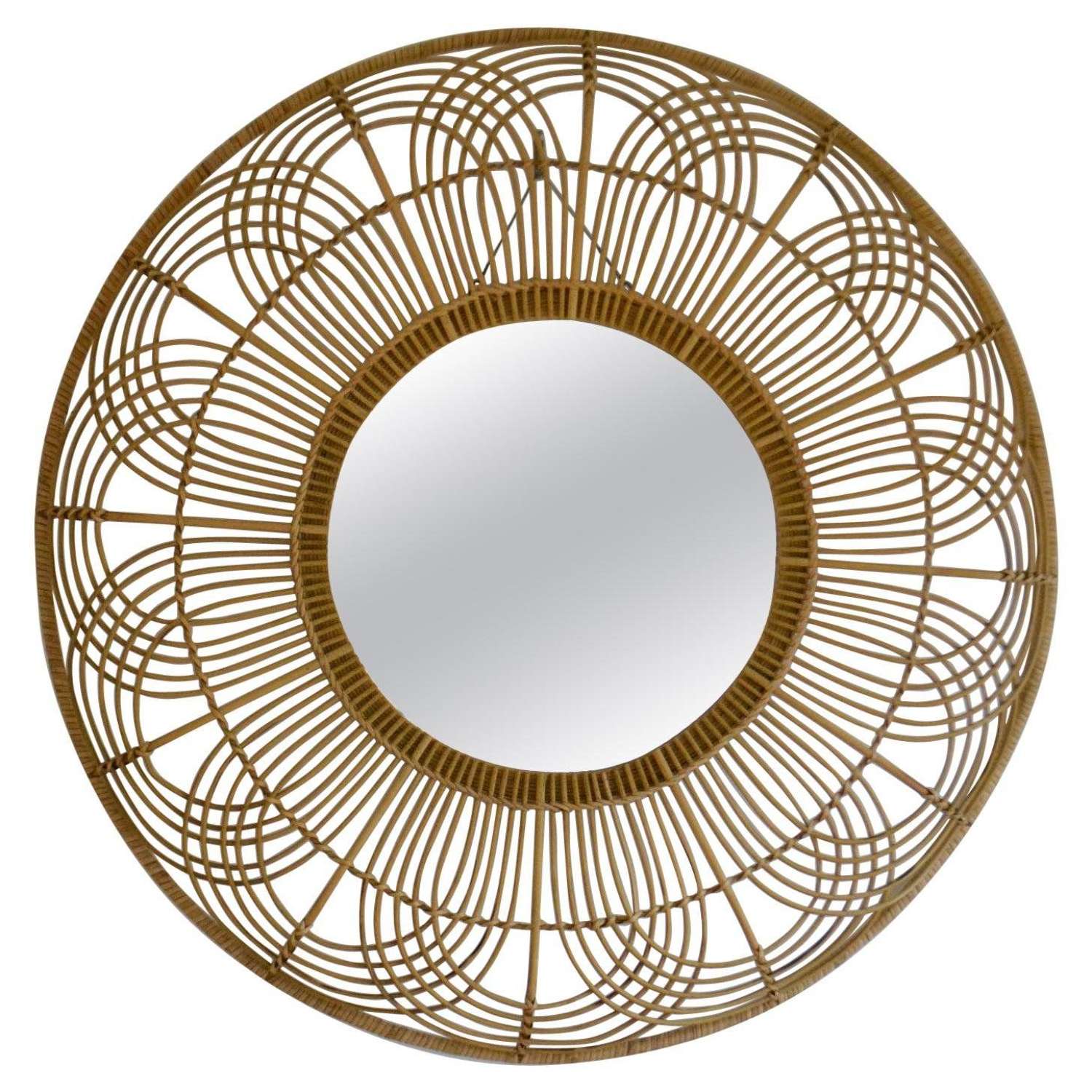 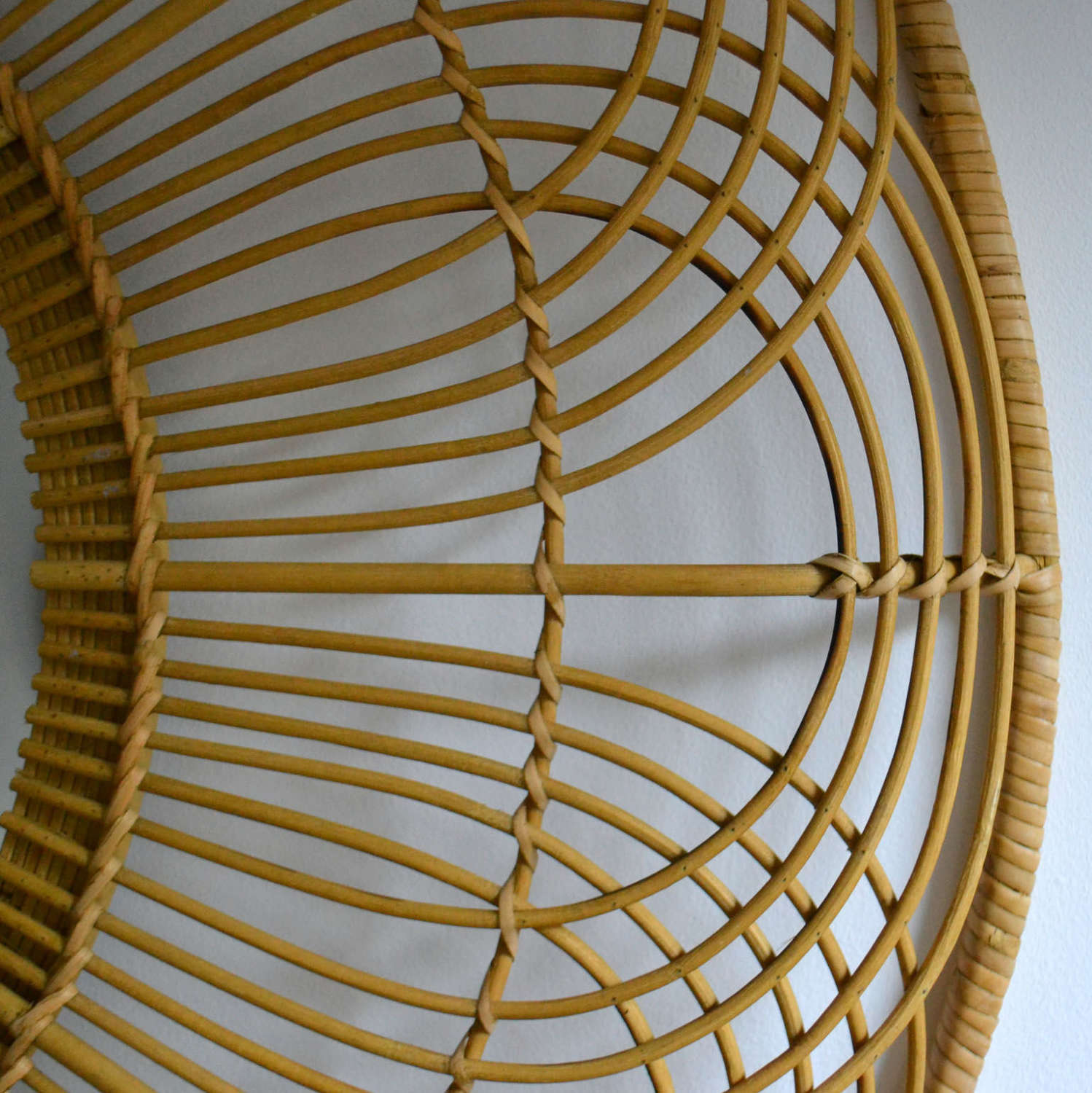 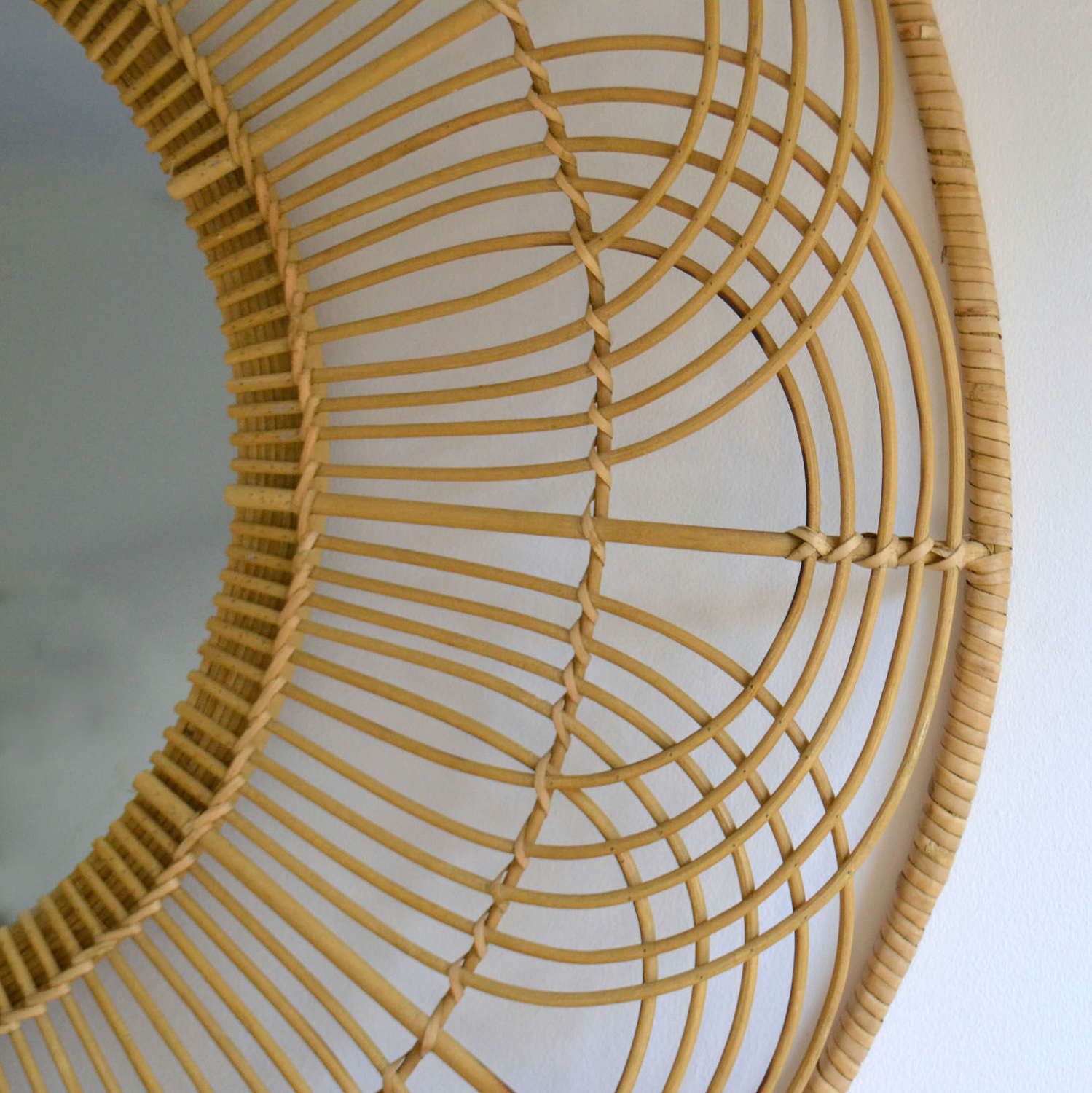 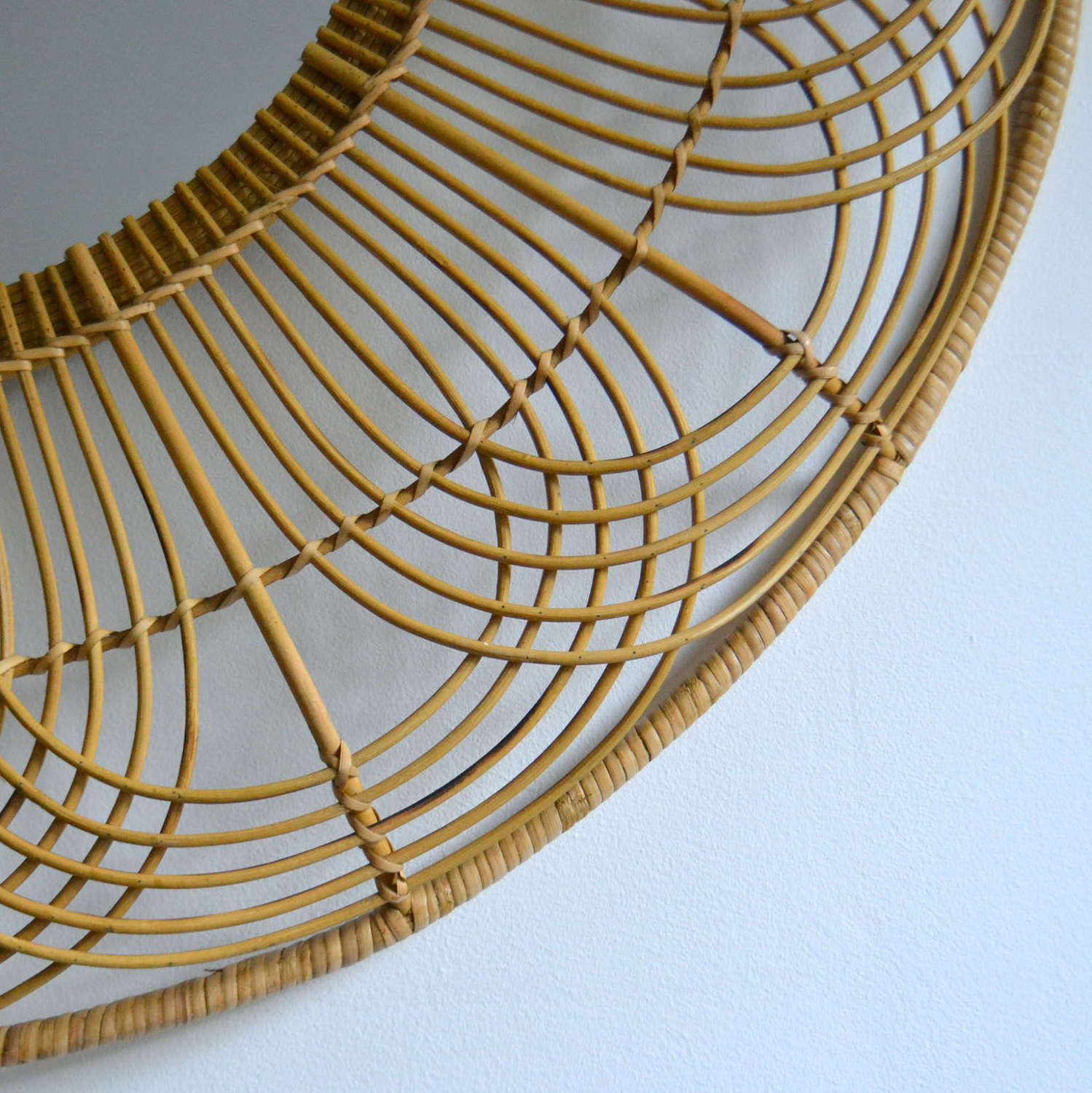 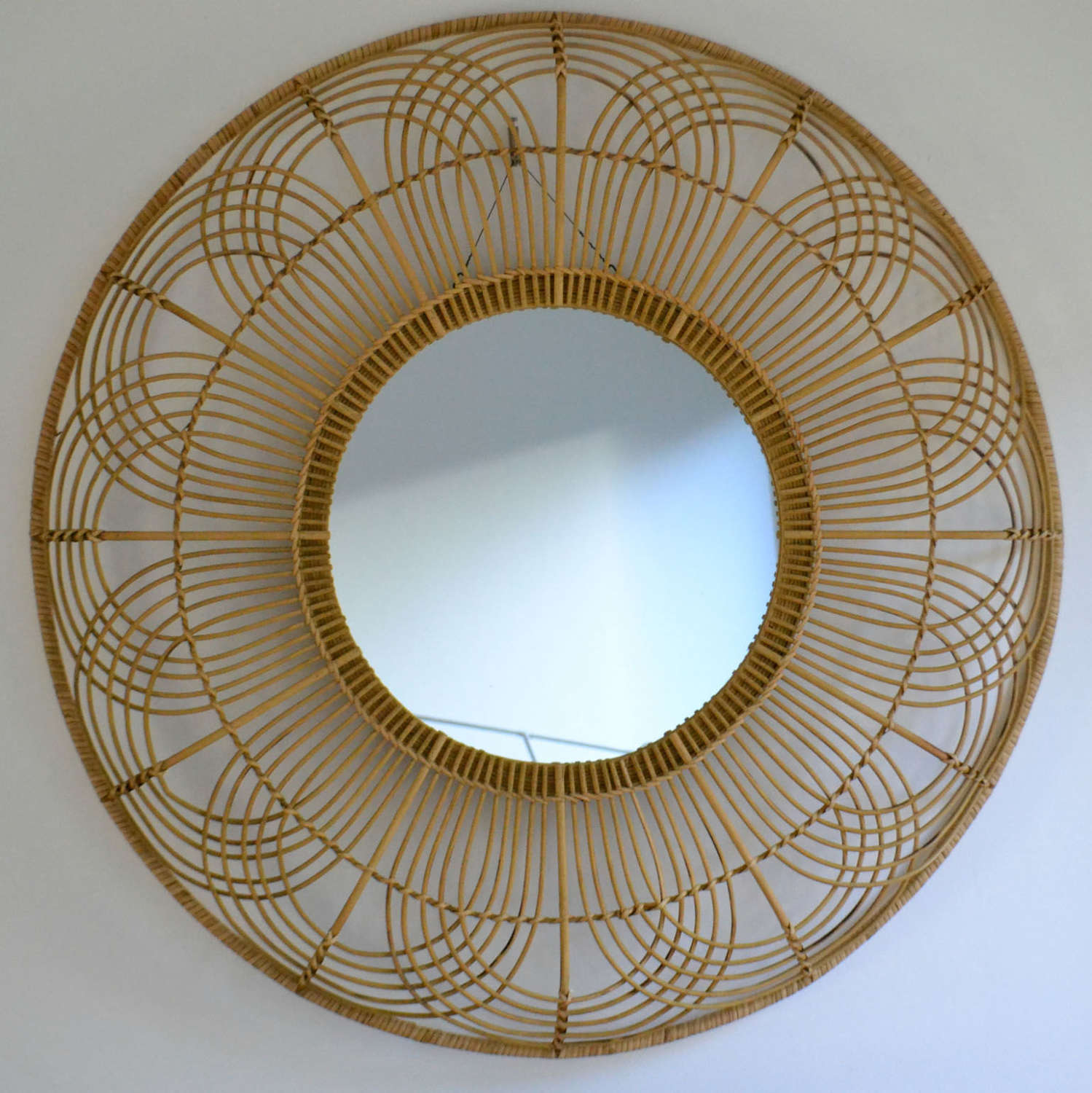 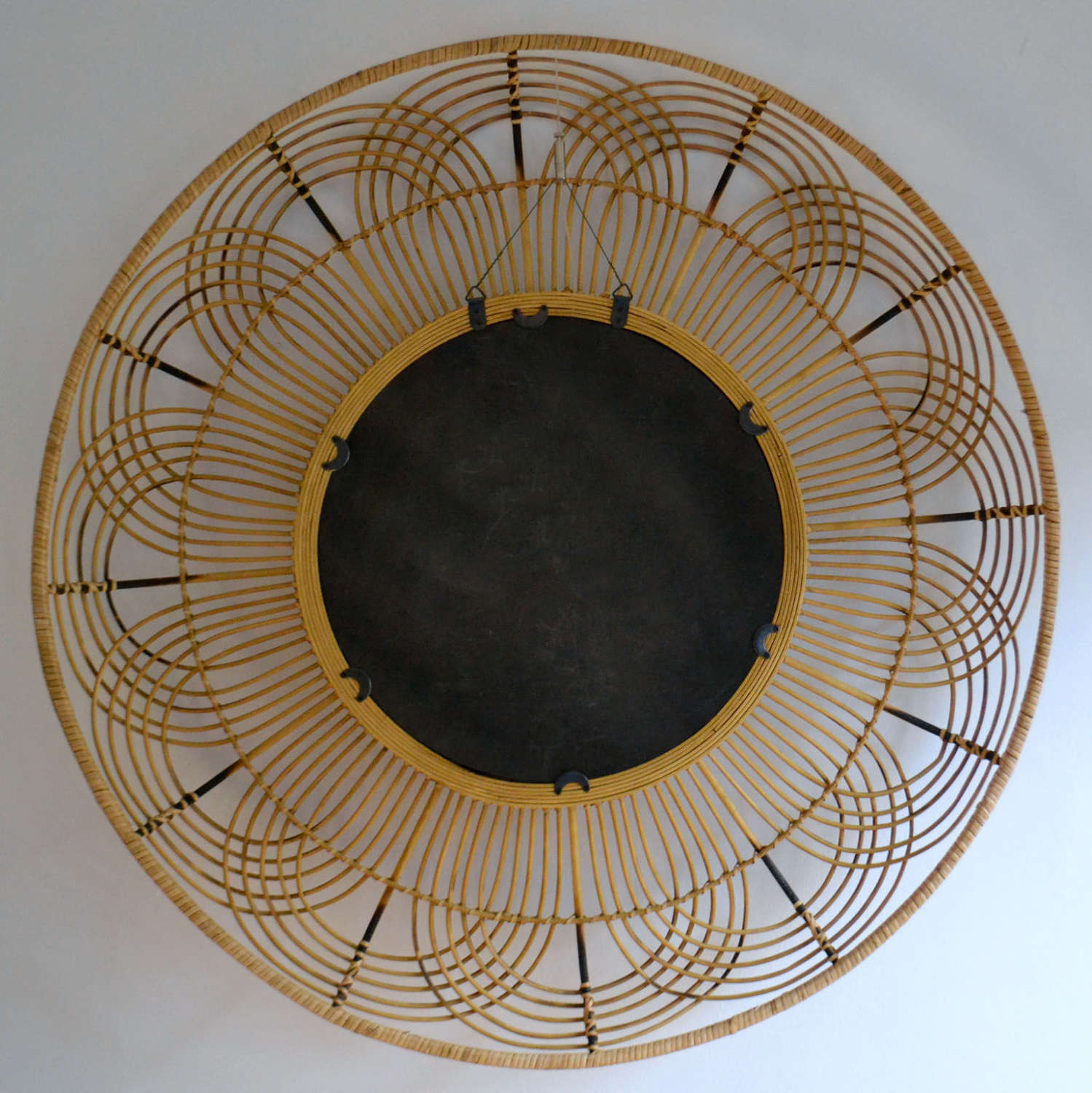