Mid-Century Modern Charlotte Perriand pine and petal pentagonal table for Les Arcs 1600 can be used either as a breakfast or small dining table. The pine table is Pentagonal in shape, standing on a black lacquered box metal base and star legs. The table top is in its original condition with the natural aging of patina. It was designed by one of the leading icons of the 20th century, Charlotte Perriand (born 1903-1999), in the 1960's. Table was produced for "Les Arcs", famous French ski resort (1967-1969), built by a team of architects, including Perriand. Perriand worked for Le Corbusier who put her in charge of prototype production, in the early 20th century.

Condition; Excellent Wear consistent with age and use. 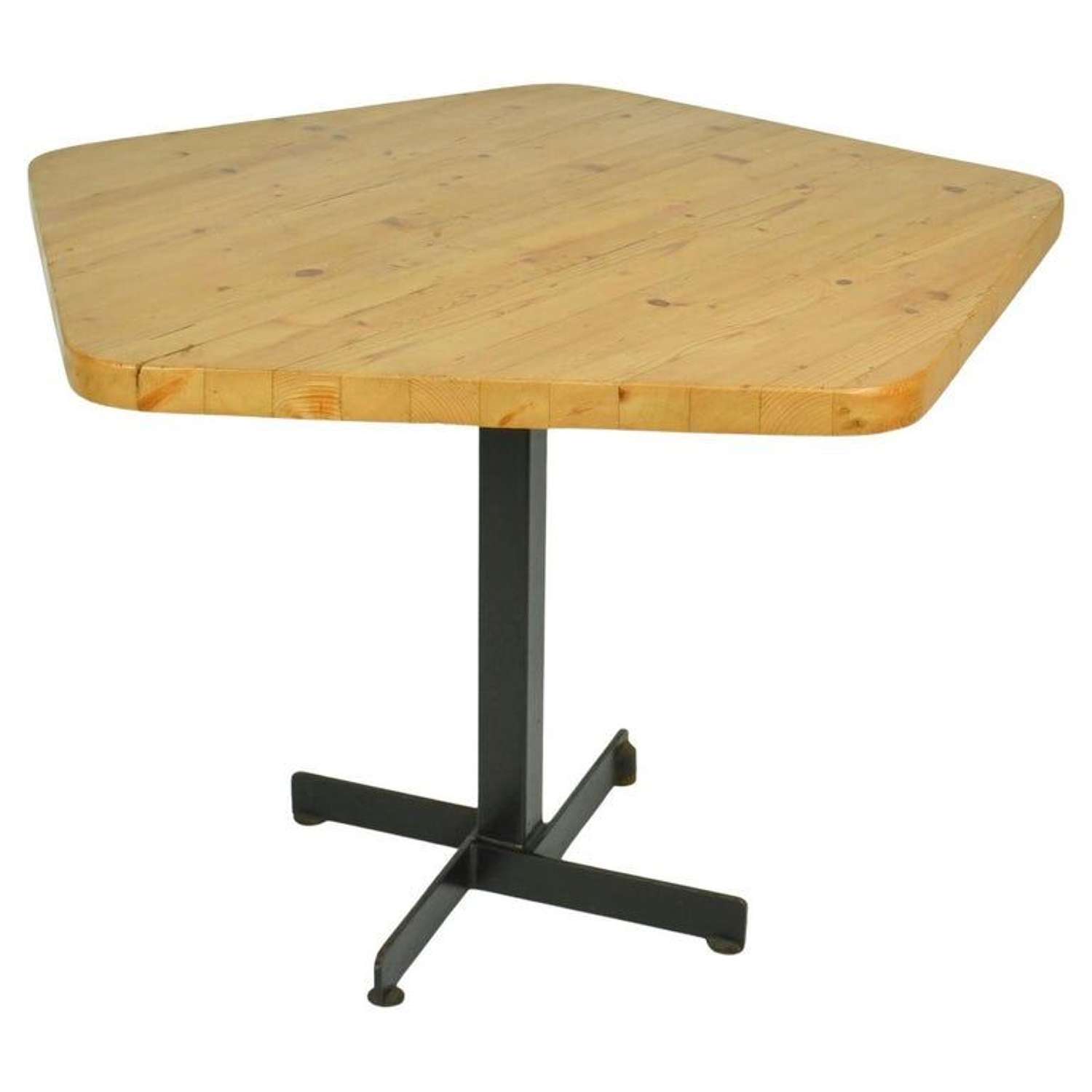 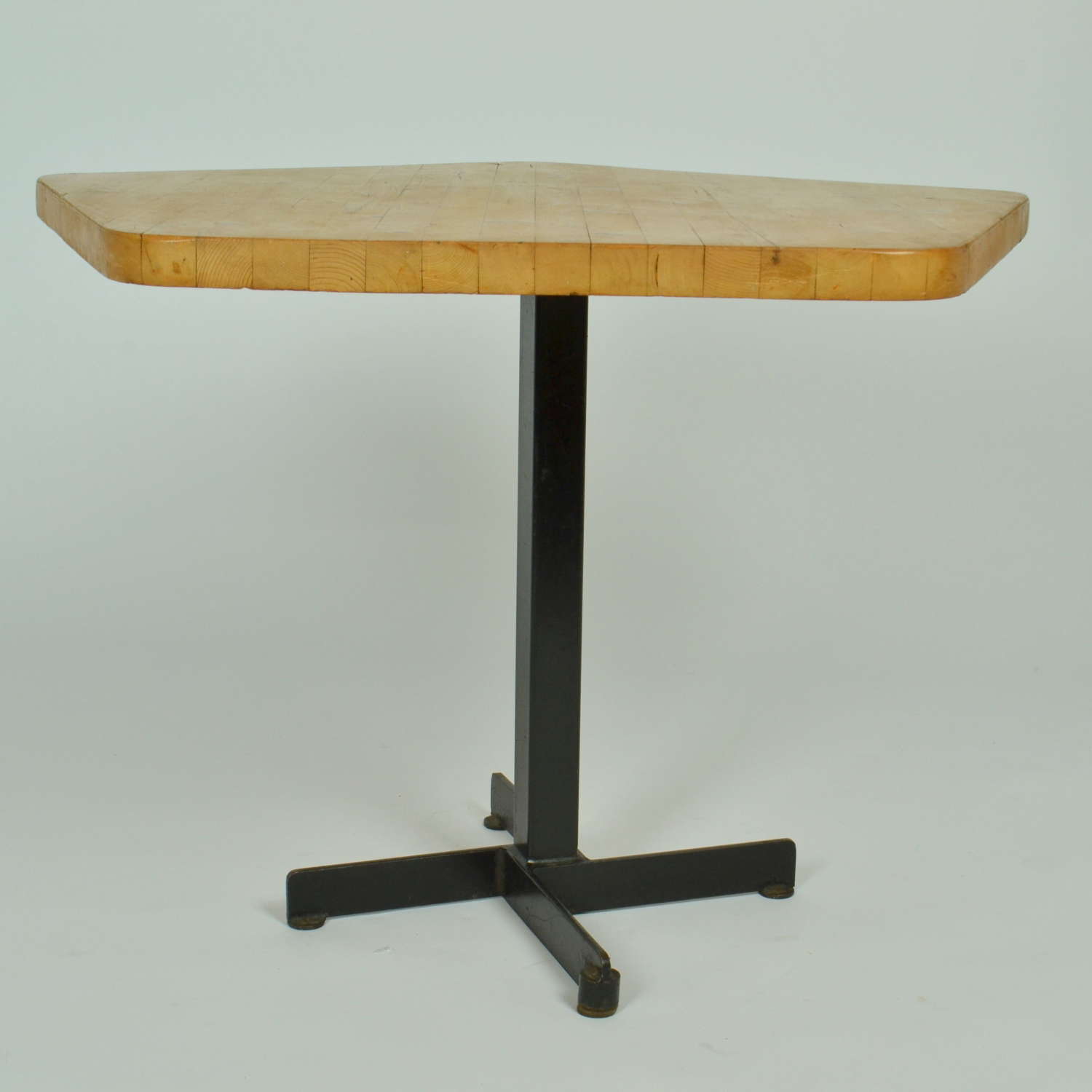 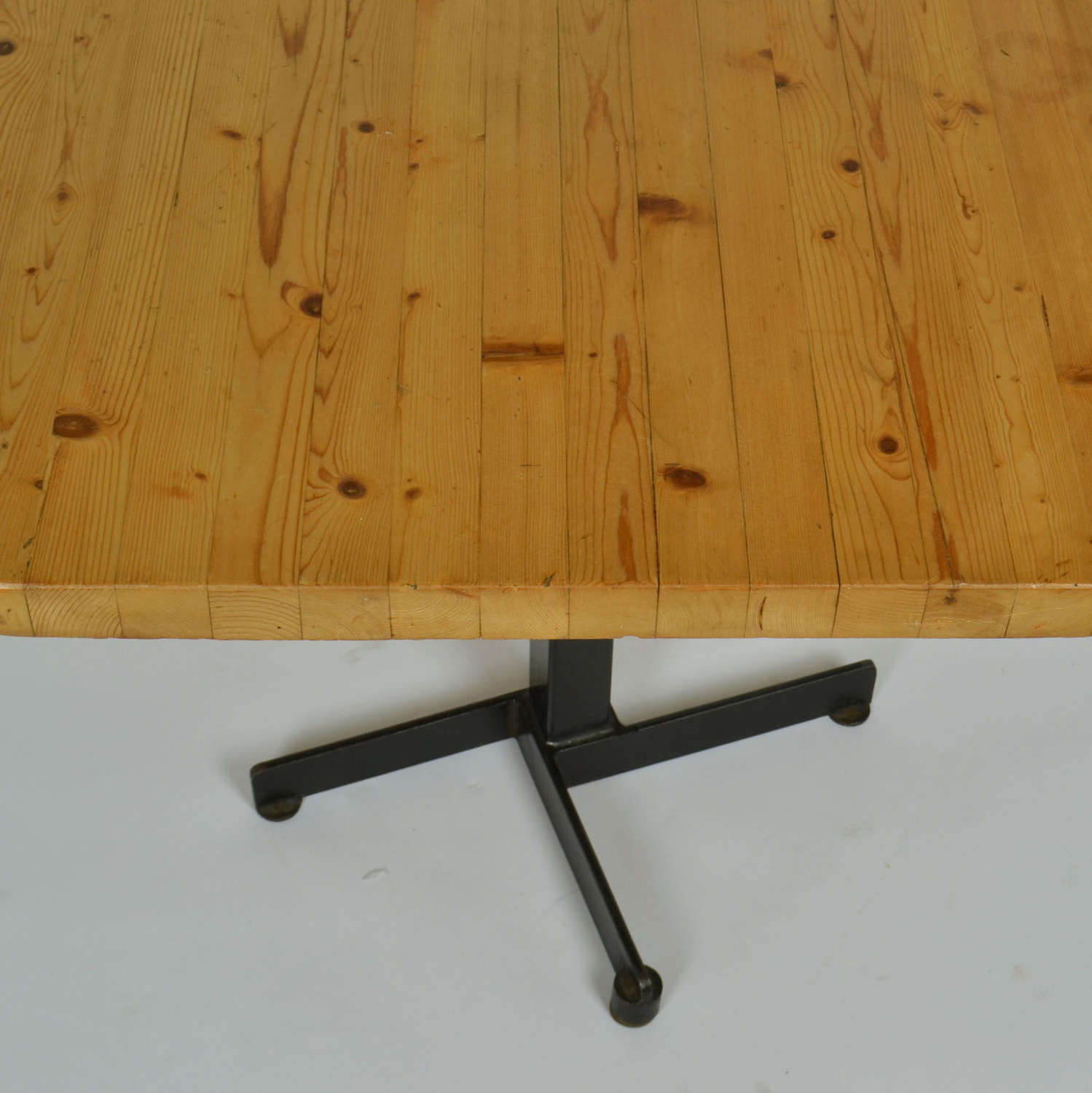 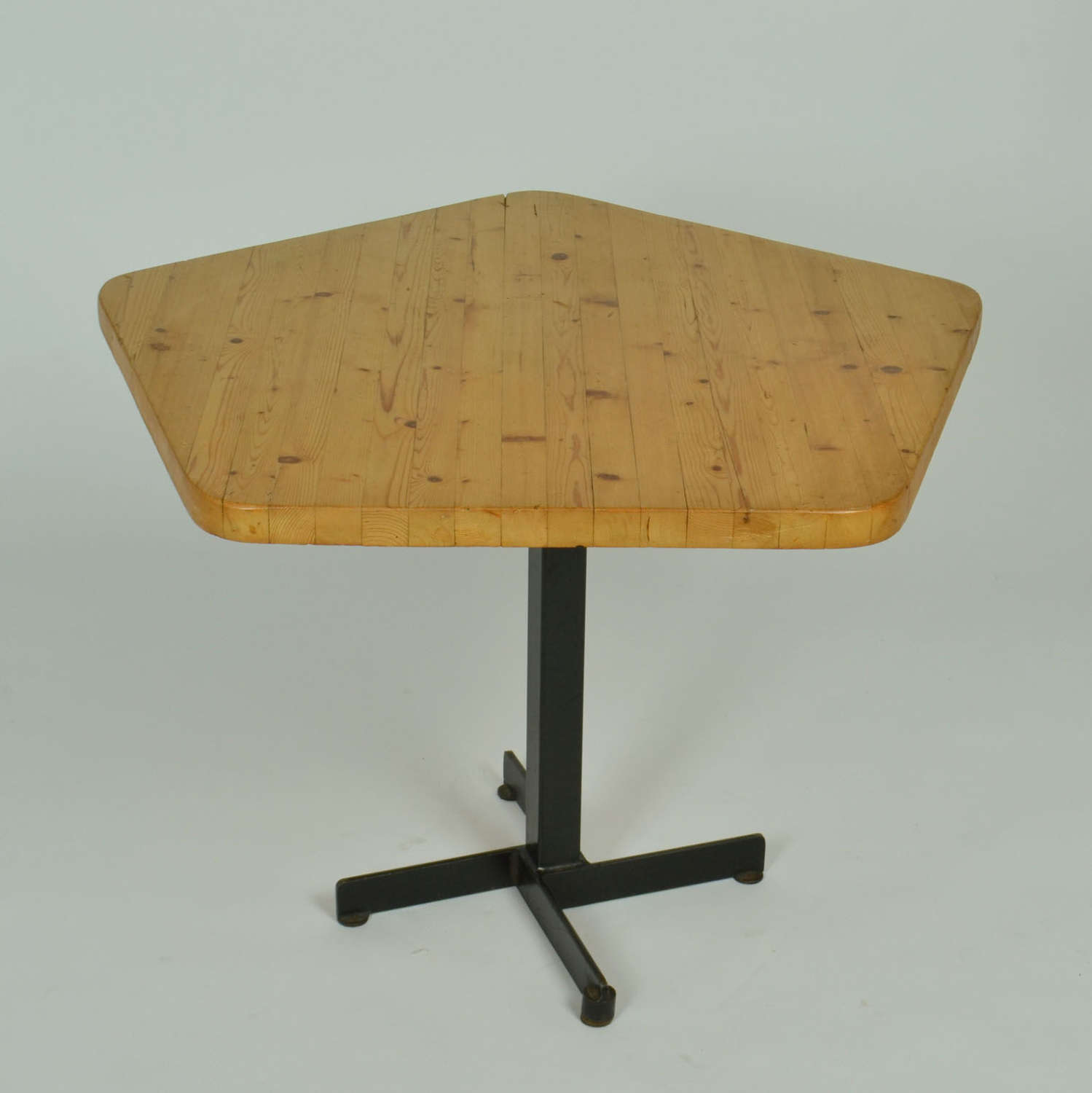 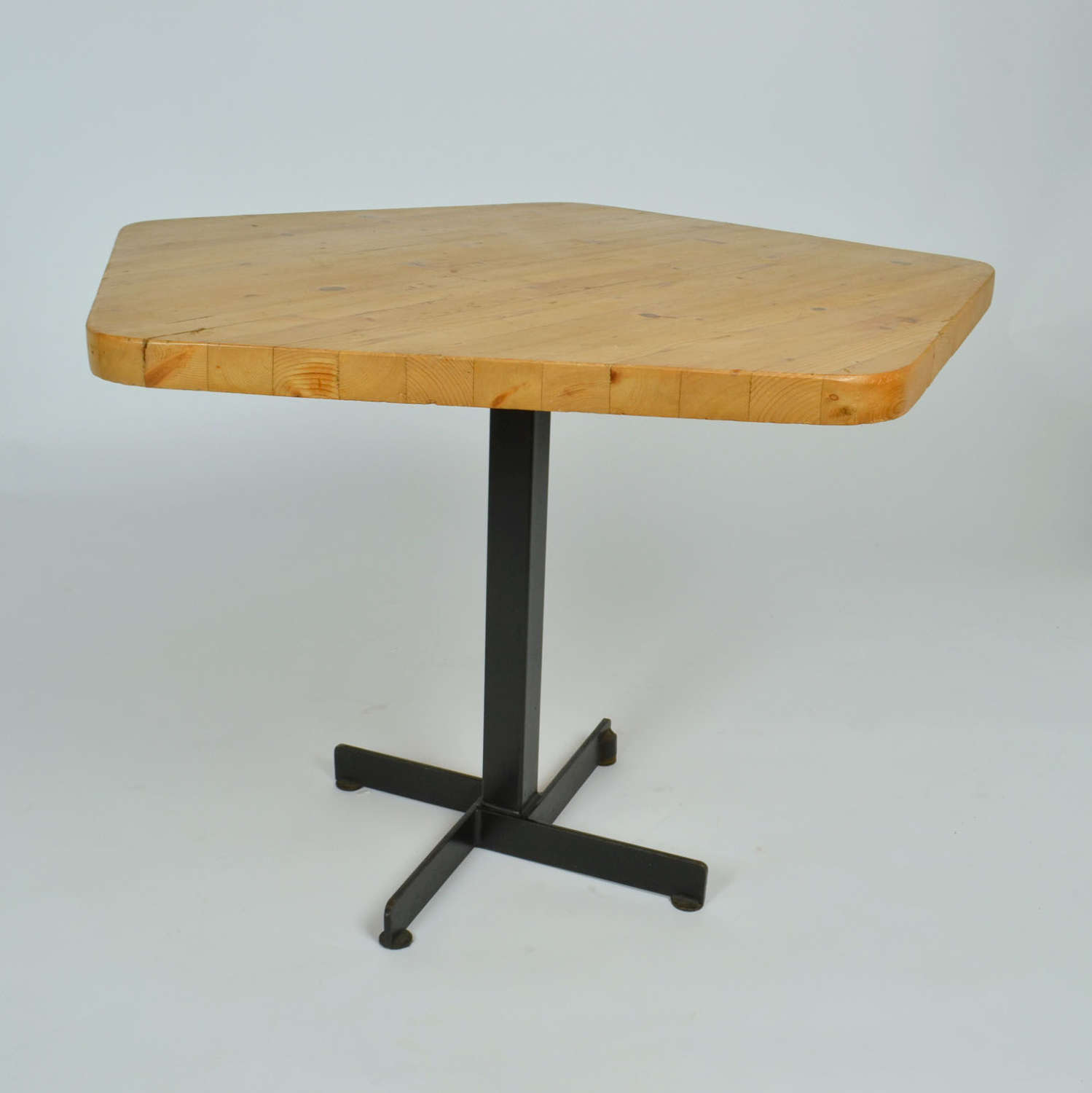 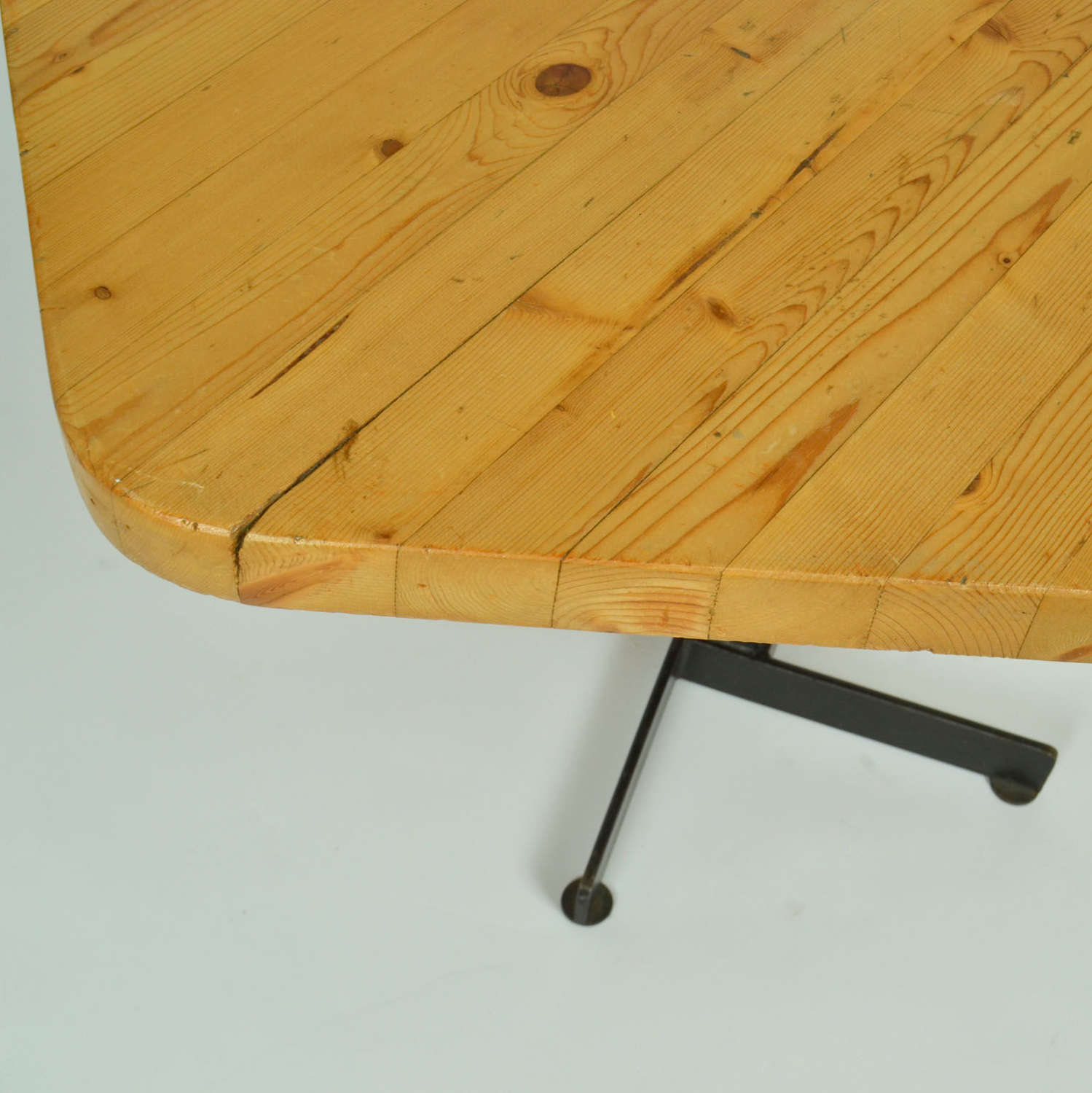 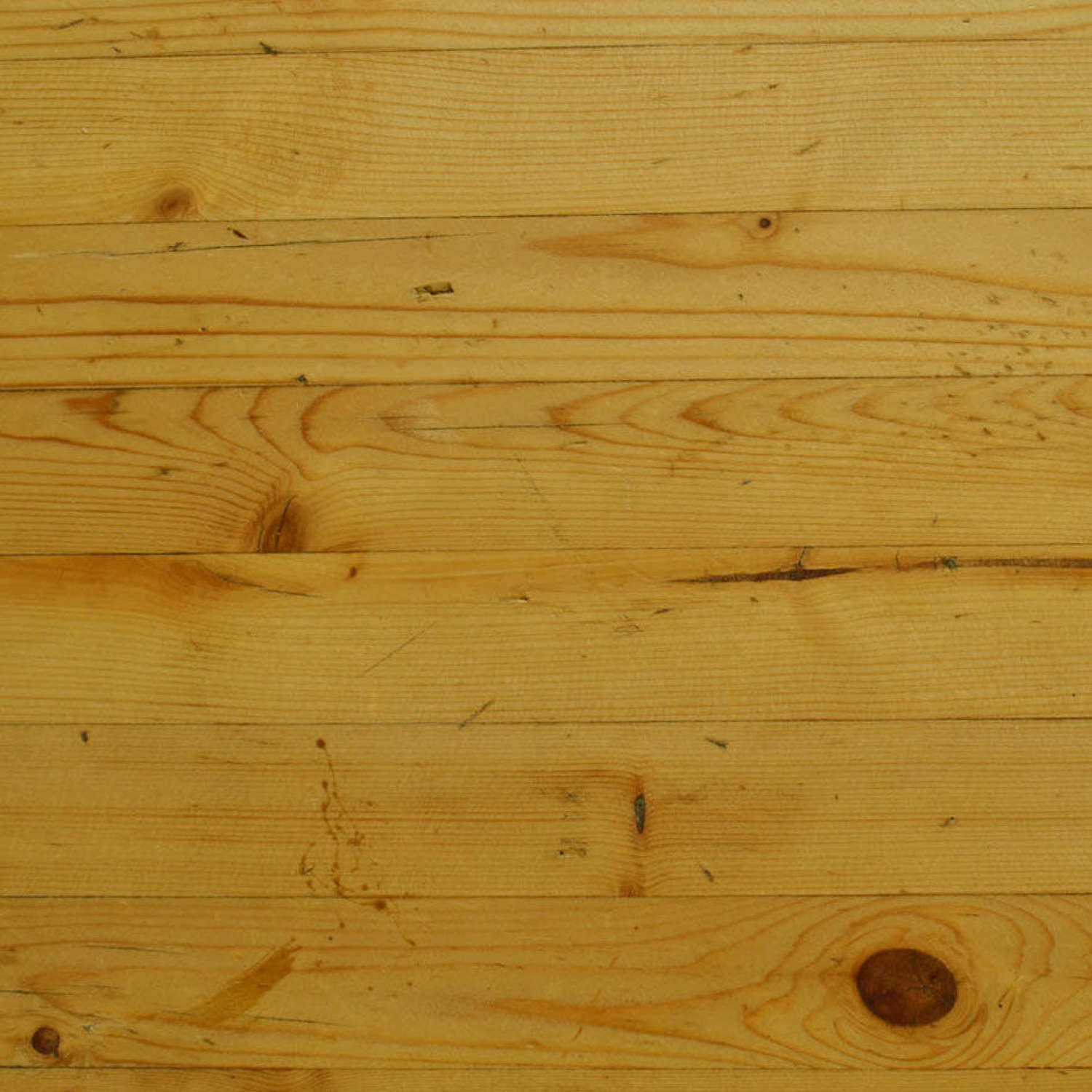 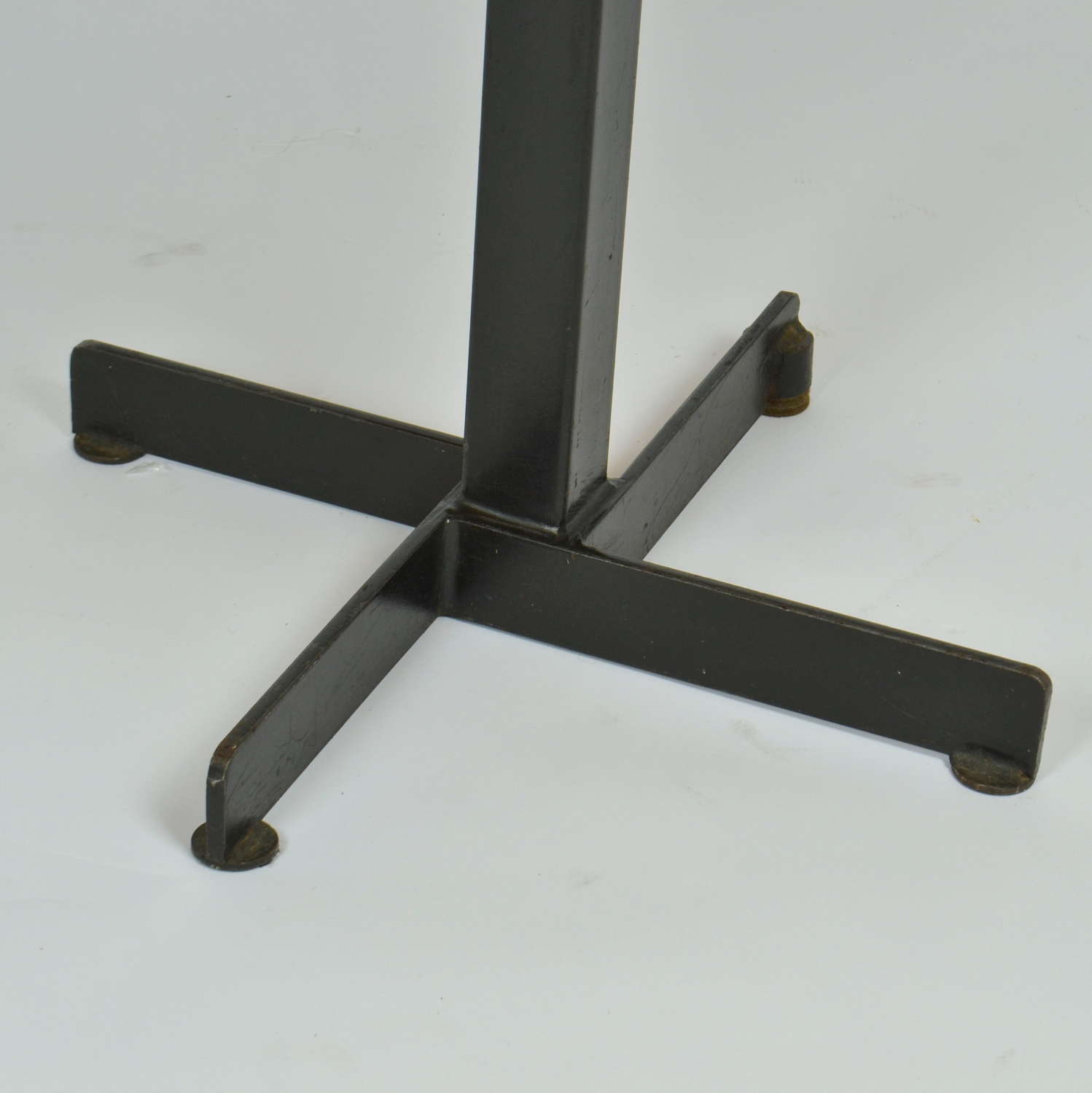 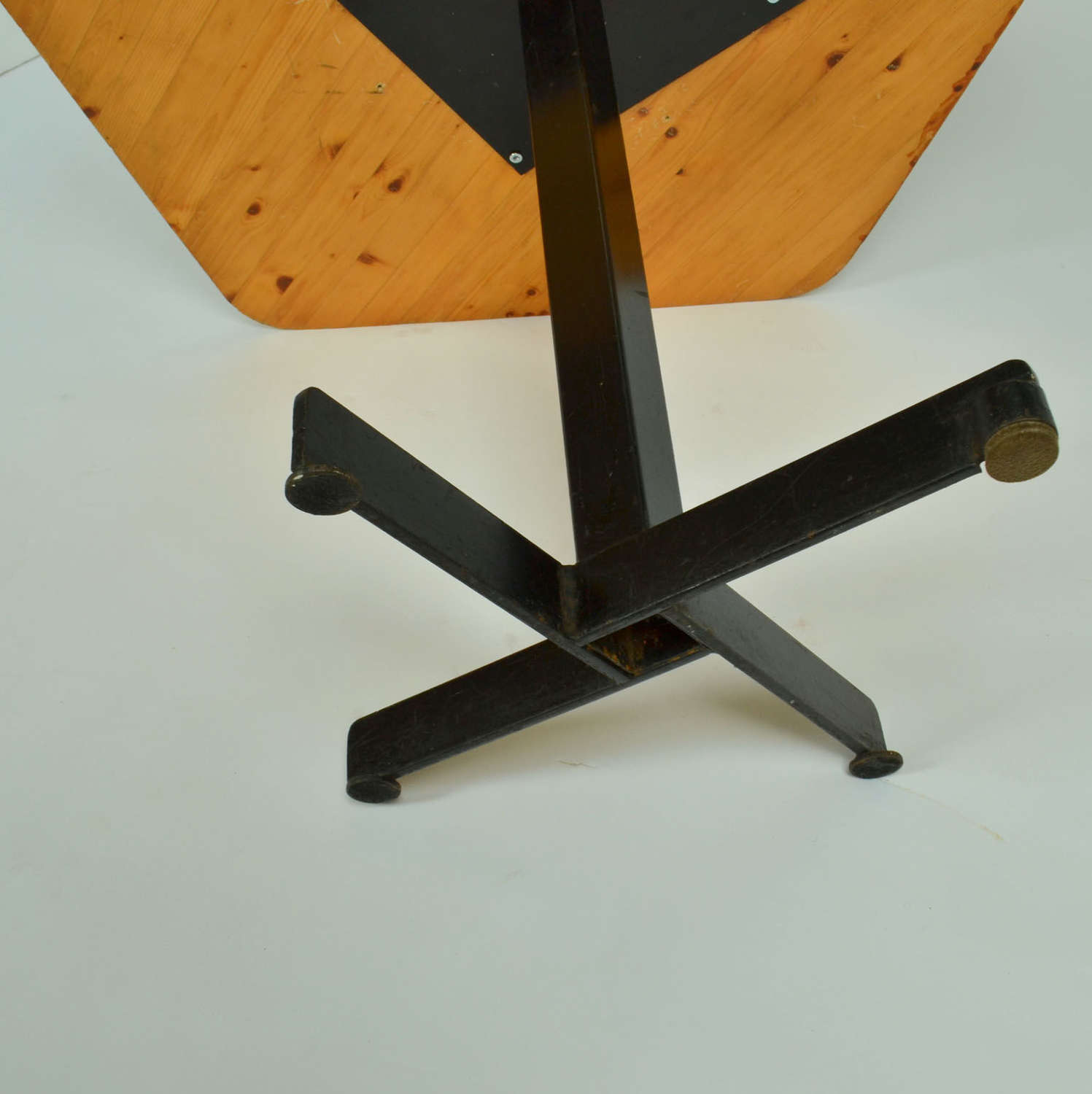 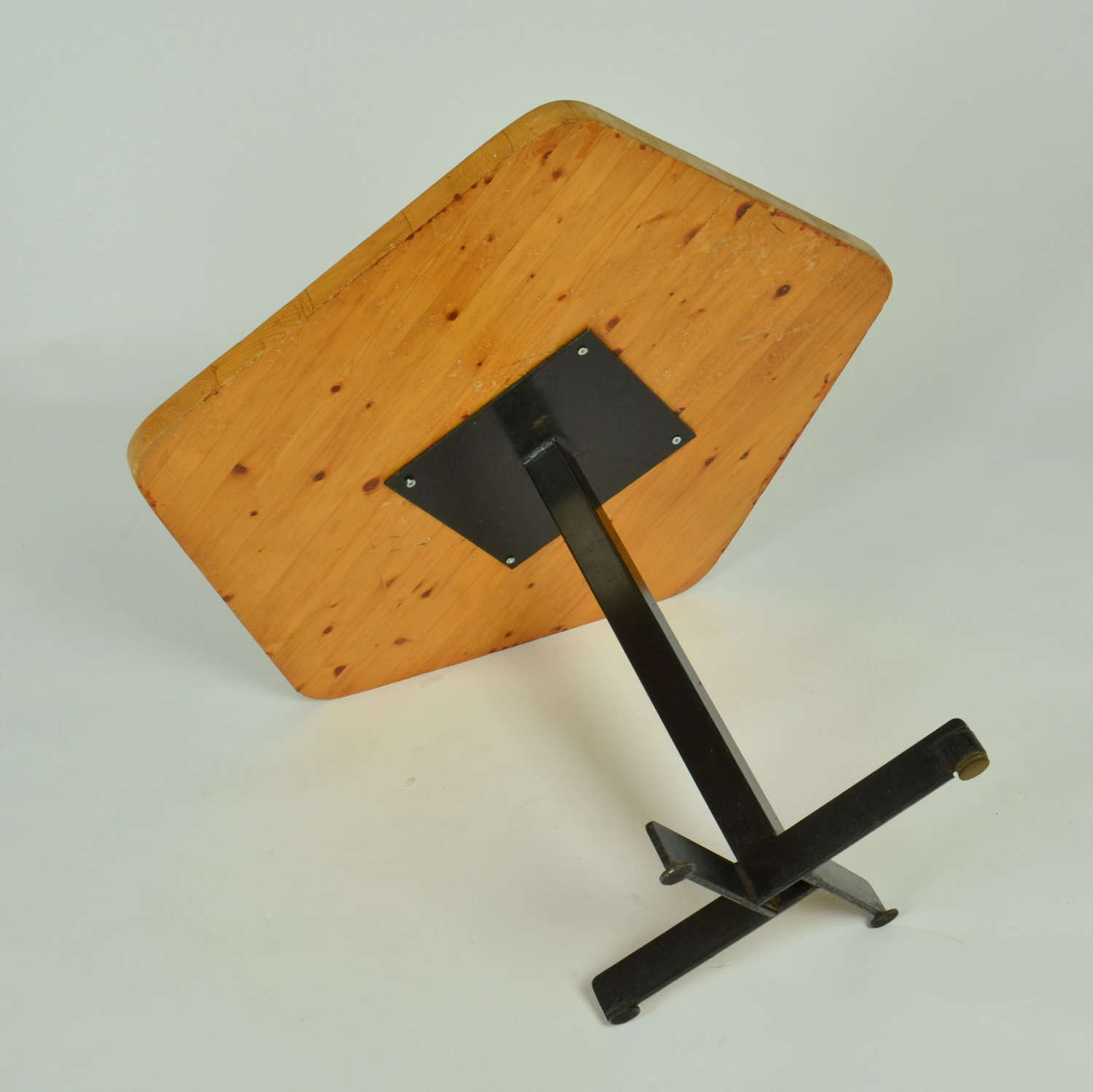